Italian oil and gas company Eni has denied reports that it has discovered a massive gas field off the coast of Egypt.

"There are prospects and new structures in Egypt, but we still haven't discovered anything," Eni CEO Claudio Descalzi told reporters on Monday.

Last week, reports emerged that the company had uncovered a new gas find in the Noor field, off the North Sinai shore. This find is said to be three times as large as Zohr, the Egyptian "superfield" discovered in 2015.

Eni will begin drilling an exploratory well at the Noor field in August, the company said last week.

Only a couple of years ago, Egypt suffered energy supply shortages, which made blackouts a daily experience for many Egyptians.

But since the Zohr discovery, President Abdel Fattah el-Sisi has suggested that Egypt - which has two liquefied natural gas (LNG) export terminals - will become a regional energy hub.

"Egypt is now one of the few countries in the Mediterranean region that owns facilities fully capable of providing all oil-related services," Sisi said earlier this year.

"We had to take advantage of this opportunity to attract Cypriot, Lebanese and Israeli gas in preparation for liquefaction and export." 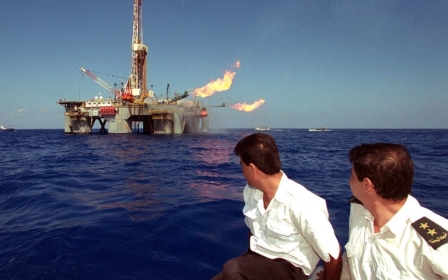