Hassan Nourdine's victory has been hailed, while Italy's boxing federation has come under fire for allowing his opponent to compete in the title match 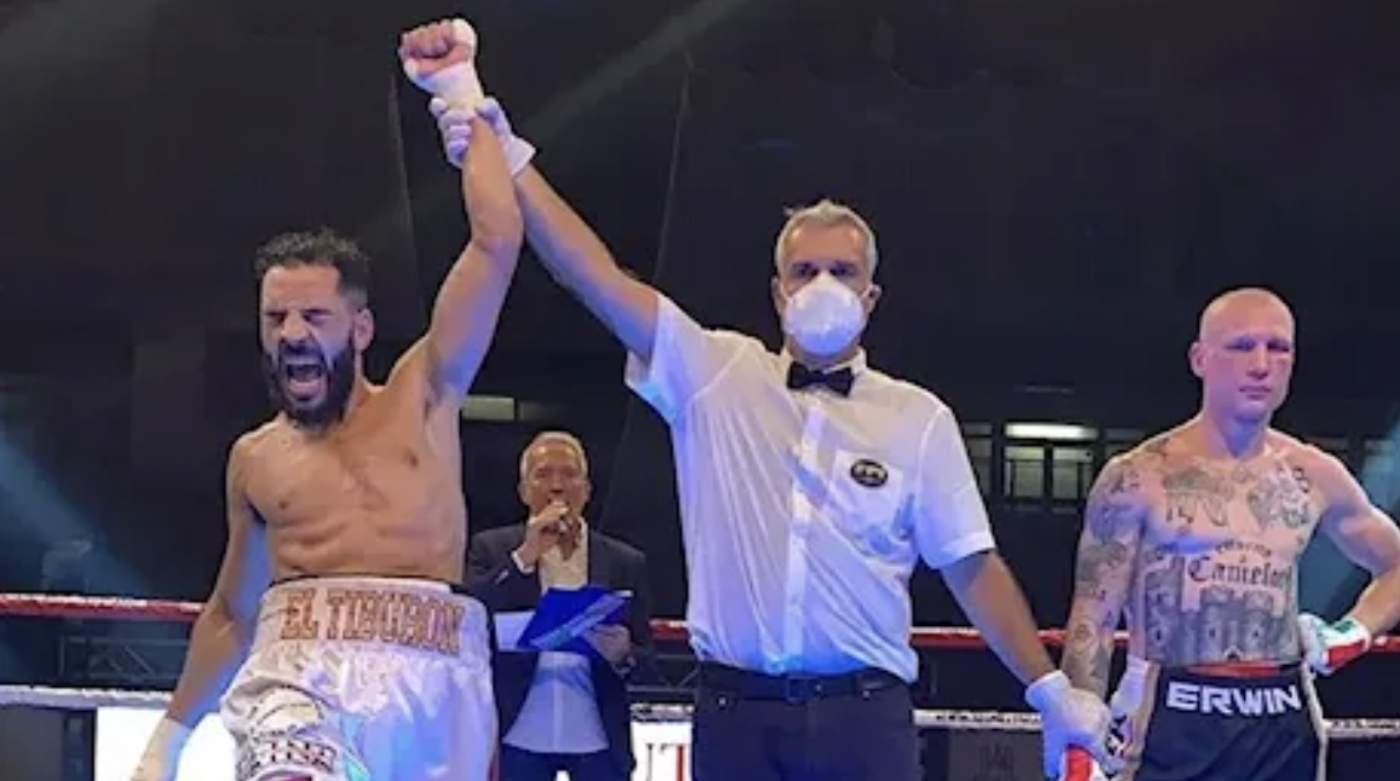 'Beating someone with those tattoos is a victory worth double,' said Hassan Nourdine, Italy's new super-featherweight boxing champion (Screengrab/Twitter)

Hassan Nourdine, 34, who was born in Morocco and moved to Italy with his parents as a child, beat Michele Broili, 29, in the boxing title match in the Italian city of Trieste.

Images from Sunday showed Broili bearing multiple neo-Nazi and fascist symbols on his body, including the SS bolt and the Celtic cross.

His collection of chest tattoos also features the number 88, which is used by neo-Nazis to hint at the phrase “Heil Hitler”, as the letter “H” is the eighth in the alphabet.

Broili’s tattoos were just one aspect of the onslaught of neo-Nazi references that night. Before he arrived in the ring, his supporters reportedly sang Nazi songs and exchanged fascist salutes, with the boxer making a fascist salute to his team and staff before the match, Italian media reported.

According to Nourdine, seeing the inflammatory ink spurred him on and gave him “more of a taste to win”.

In an interview with the Italian newspaper La Stampa, Nourdine said he found the tattoos “obscene”, adding: “There is no justification.”

The Italian Boxing Federation (IBF) has come under fire for even allowing Broili to compete.

“They should have realised this boxer had certain leanings - the incitement of hatred is punishable by law,” Nourdine told La Stampa.

The IBF condemned the tattoos and said it was considering sanctions against Broili. Meanwhile, sporting authorities are investigating how the boxer was ever permitted to become a professional member of the IBF.

Police are looking into the case and prosecutors in Trieste are debating whether to launch a criminal investigation.

Nourdine emphasised the severity of allowing such images to be broadcast.

“Anyone who has been to school knows what the Nazis did and even those who didn’t go to school know what the Holocaust was,” he said. “You need to make young people understand these are dangerous messages. You need to remind them these symbols encouraged genocide."

Many took to social media to celebrate Nourdine’s win, with one tweet giving the Moroccan-Italian fighter a “big bravo” for his performance.

Translation: The guy with unwatchable tattoos reminiscent of Nazism lost in a fight for the Italian title to the Italian-Moroccan Hassan Nourdine. A beautiful story that deserves to be told.

Under Italian law, those who make the fascist salute risk up to two years in prison and the distribution of fascist or Nazi party imagery is punishable by an additional sentence of eight months.

Although disheartened by the outward display of intolerance, Nourdine used his frustration to his advantage, admitting, “I cannot deny that beating someone with those tattoos is a victory worth double.”

The win was a big moment for Nourdine, who arrived in Italy at the age of six and now works at a factory making engine transmissions for industrial machinery. Inside Egypt
Egypt: Outpouring of support for woman barred from sports club over modest swimwear 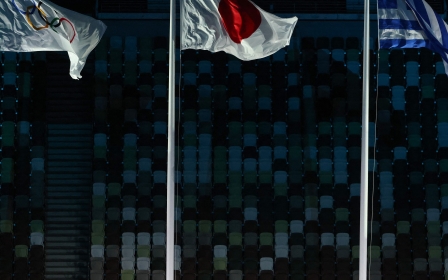