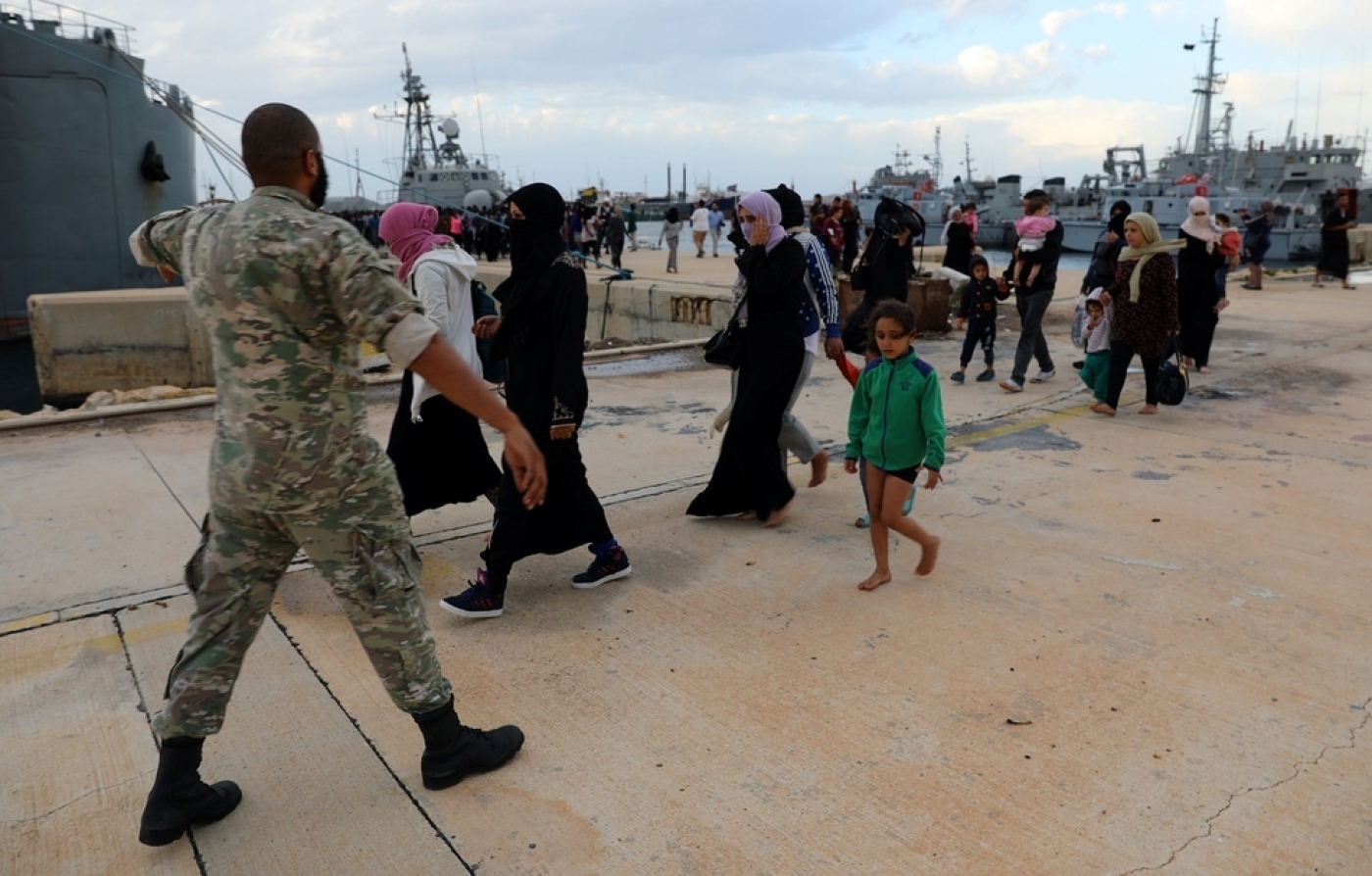 Italy, in a fresh bid to tackle a migration influx that has become a political headache, sketched proposals on Thursday to resettle around the world a thousand vulnerable migrants who are stranded in Libya.

It would begin as a pilot scheme with 1,000 migrants and entail "several countries around the world welcoming these people," Alfano told a parliamentary committee in Rome.

The process would be "revolutionary," as it would provide details about these individuals for host countries that are unable to interview them because their embassies in Tripoli have been closed, he said.

More than 600,000 people from Africa, Asia and the Middle East have arrived in Italy since 2014, many of them by sea from Libya. Rome is now looking hard at ways of discouraging migrants from crossing, including incentives for voluntary returns home and aid for the most vulnerable.

They can't sail for Europe - so what's happening to migrants trapped in Libya?
Read More »

Another migrant quota scheme, devised by the European Union (EU), wrapped up on Wednesday after two years.

That programme has seen fewer than a fifth of a planned 160,000 Syrians and other asylum-seekers relocated around the bloc from Italy and Greece through compulsory quotas.

It may be followed by a proposal to admit at least 50,000 of the "most vulnerable" persons in need of protection to Europe over the next two years.

On Tuesday, Roberto Mignone, representative of the UN High Commissioner for Refugees (UNHCR) in Libya, also spoke of negotiations in Tripoli to open a transit centre for migrants considered vulnerable - families with children and the sick - with the aim of a resettling them to other countries. It would be able to house 1,000 migrants.

Currently, the UNHCR and other international agencies are waiting for a secure compound in Tripoli to which they can safely bring in expatriate staff.

A contingent of 230 Nepalese troops is expected to arrive this week and to deploy at the site, which may be ready in November, Mignone said.

Earlier this month, the United Nations accused the EU of "turning a blind eye" to the brutality faced by migrants held in Libya, and urged "serious action" to protect them.

"Some migrants die of thirst, hunger or easily cured illnesses, some are tortured or beaten to death while working as slave labour, others are just casually murdered," UN human rights chief Zeid Ra'ad al-Hussein said on 8 September.