Turkish toll puts number of Kurdish militants killed in 2015 at 3,100 and members of security forces deaths at 200 Relatives of one of two Turkish police officers killed by Kurdistan Workers' Party (PKK) militants, mourn during their funeral procession on 23 July 2015, in Sanliurfa (AFP)
By
MEE and agencies

One Turkish police officer has been killed and two security officials have been injured during an anti-terror operation in the southeastern province of Diyarbakir, security sources told Anadolu Agency on Friday.

The operation has been ongoing in the Sur district, currently under curfew. Militants from Kurdistan Workers Party (PKK) detonated explosives, killing one police officer and wounding another, security sources said. A soldier was also injured.

The PKK - considered a terrorist organization by Turkey, the US, and the EU - resumed its armed campaign against the Turkish state in late July.

According to hospital sources, the condition of the soldier is not serious, but the police officer's is life-threatening.

During the anti-terror raids in the Silopi district of Sirnak, 600 kg of ammonium nitrate used for preparing explosives, four rifles, and one gun were seized, security sources said, while 55 barricades were lifted and 11 ditches closed.

Meanwhile, six suspects - accused of aiding the PKK - have been detained in the southeastern Mardin and Hakkari provinces.

Among those arrested on suspicion of preparing acts of terrorism, two were under 18, the source said.

Three suspects have appeared in court and were remanded in custody while three others were released. Two are still being held by police.

Last week, a senior Turkish government official said that the battle against the PKK was impeding Turkey's fight against Islamic State (IS) militants.

Turkish security forces killed 3,100 Kurdish militants in 2015, President Recep Tayyip Erdogan said on Thursday, vowing no let-up in a relentless offensive to oust the PKK from towns and mountains in the southeast.

"In 2015, 3,100 terrorists were neutralised in operations at home and abroad," he said referring to the military operations on PKK strongholds in southeastern Turkey and northern Iraq.

"Our security forces are flushing out the terrorists from every inch of the mountains and the towns and will continue to do so," he said.

"Our fight.. will continue until the very end," added Erdogan.

It was not possible to independently verify the toll. Erdogan said another 200 members of the security forces had been killed, as well as an unspecified number of civilians.

Prime Minister Ahmet Davutoglu also chaired a four-and-a-half hour meeting of top government and security figures that agreed to continue fighting the PKK "in the most comprehensive and decisive fashion," a statement said.

Ankara says the extreme measures are needed to root out the PKK from urban areas where they had erected barricades and dug trenches.

"We all know very well that those trenches are not only aimed at making it difficult to enter that area but also preventing Turkey from reaching its goals," said Erdogan.

But opponents say the use of force has been excessive, with civilians killed.

According to the opposition pro-Kurdish People's Democratic Party (HDP), 56 civilians have been killed during curfews this month alone.

"These curfews, whose aims are public order and security, have led to terrorising the public, the killing of civilians, the destruction of cultural heritage sites, and the ruining of the cities," said HDP MP Ayhan Bilgen.

The government blames the Kurdish militants for civilian casualties and accuses some HDP members of being a mouthpiece for the PKK.

Last week, Davutoglu said that a series of measures will be taken to compensate citizens and businesses who had suffered as a result of "terrorism" and have been forced to flee their homes, adding that students will have extra class time arranged during summer holidays.

The PKK launched a formal insurgency against the Turkish state in 1984, initially fighting for Kurdish independence although it now presses more for greater autonomy. The conflict has left tens of thousands dead.

Meanwhile, Moscow, which fell out with Turkey last month following the downing of a Russian warplane over the Syrian border, angered Ankara by voicing concern over operations in southeast Turkey and citing human rights reports on civilian victims.

In an initially sarcastic emailed response to a journalist’s question, Foreign Ministry spokesman Tanju Bilgic described Russia as a “country well-known for its democracy, rule of law and human-rights record” before going on to condemn its “war-like actions in Ukraine and Georgia”, its support for “the bloody-handed dictator’s crimes against humanity in Syria” and the bombing of civilians in the war-torn nation.

For that country to “give human rights lessons to others is just an example of black humour,” he said.

Since the November 24 shooting down of a Russian jet by Turkish F-16s over the Turkey-Syria border, Russia has announced a number of sanctions against Turkey while officials from Russian President Vladimir Putin down have made critical and insulting comments about Turkey and Turkish officials. 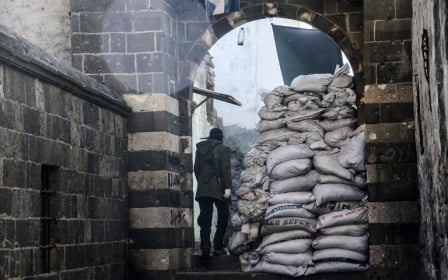 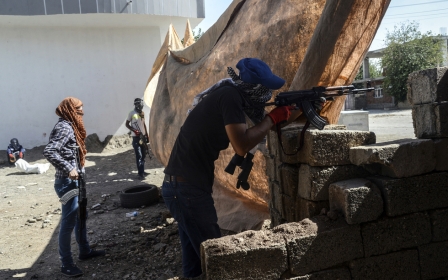