Turkey says PKK militants are effectively taking over towns by building barricades and digging trenches, while also use schools as hideouts 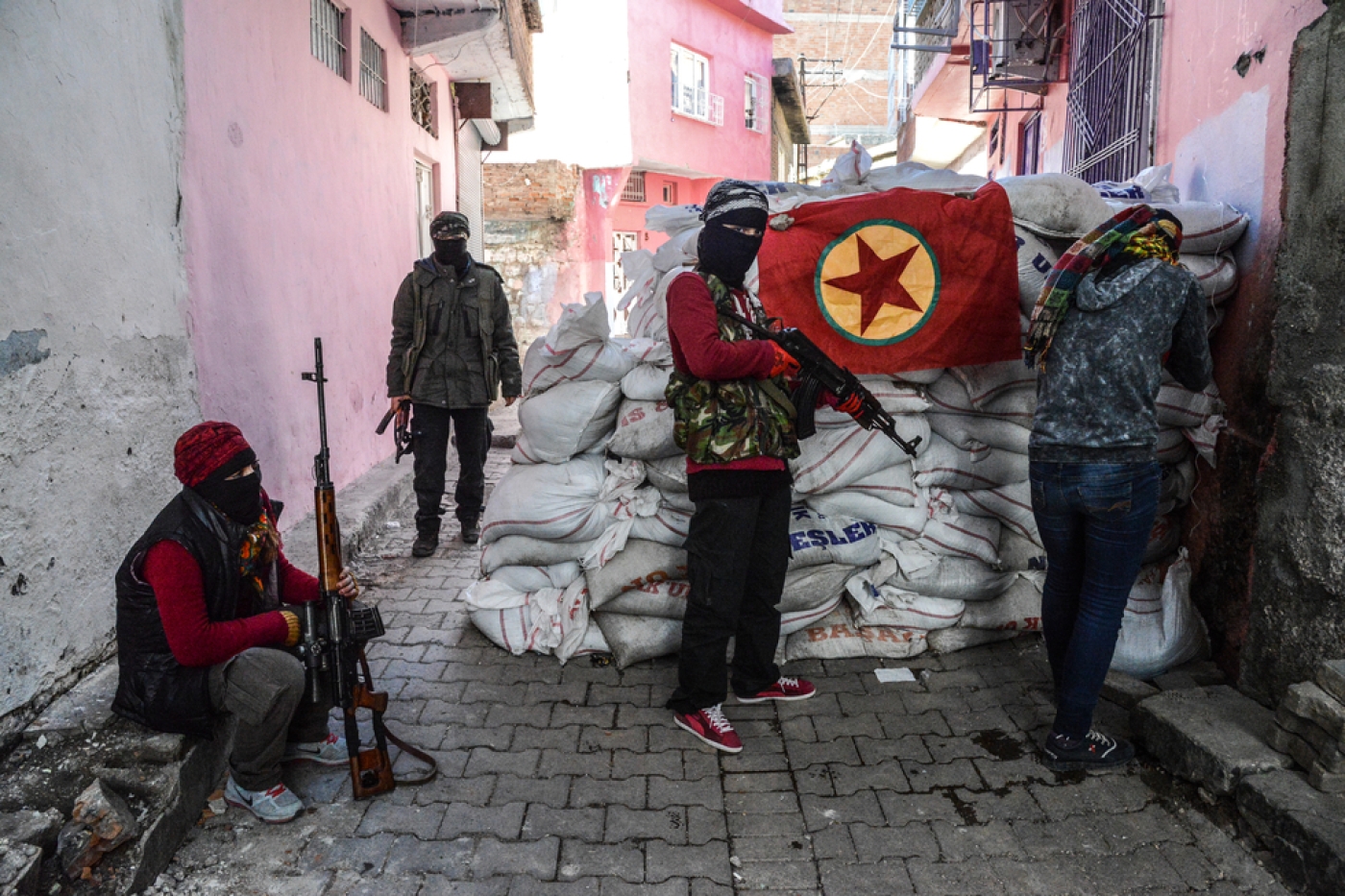 A flag of Kurdish workers Party (PKK) hangs on a barricade as armed Kurdish militants man a barricade, on 18 November 2015 in the Sur district of Diyarbakir (AFP)
By
MEE and agencies

Turkish security forces on Friday pressed on with a relentless operation to root out Kurdistan Workers' Party (PKK) militants from two urban centres in the troubled southeast.

The military operations against the PKK - which is classified as a terrorist group by Turkey, the EU, the US and a number of other countries - has reportedly left at least 62 militants dead and angered Kurdish representatives.

With the crackdown now in a fourth day, a Turkish soldier was killed in intense clashes with the PKK, the army's first fatality in the operation, the army said.

The operation in the towns of Cizre and Silopi in Sirnak province began on Tuesday, backed by blanket curfews and air power, with 36 militants killed on Thursday alone, according to the army.

So far, 56 militants have been killed in Cizre and six in Silopi, the army said in a statement.

The dead soldier was killed in clashes with the PKK in Cizre on Friday.

The vast operation reportedly involves some 10,000 troops led by six generals and is one of the biggest-ever launched by Turkey in urban centres inside its territory.

The army said that two schools that had been used by the PKK as hideouts had been rendered inoperable while a stash of arms had been seized in Silopi.

The government says the operation is needed to eliminate militants who were effectively taking over the towns by building barricades and digging trenches.

But Kurdish activists and politicians have accused the army of acting with impunity and pounding large parts of the towns to rubble.

Images from the area show troops clashing with militants in the otherwise deserted streets. Cizre has a population of some 100,000, and Silopi more than 80,000.

"Are you trying to be heroic by sending six generals and 10,000 soldiers against a few PKK [militants] in Cizre?" the leader of the pro-Kurdish Peoples' Democratic Party Selahattin Demirtas asked the government.

"By conducting an operation with such an amount of forces, bombing cities, sending soldiers on the people you only show, in fact, how helpless you are," he told reporters in the southeast's biggest city, Diyarbakir.

Demirtas lambasted the official Turkish rhetoric used to describe the crackdown as a "cleansing operation".

"You are cleaning whom from where? You can only clean the sewage of this country, and that's it," he said.

"We are right and we will win ... What the government is doing has no legal basis," he added.

The operations mark a new escalation in five months of fighting with the PKK since a two-and-a-half-year truce collapsed in July.

The curfews in Cizre and Silopi are the latest in a succession of such measures across the southeast that have angered activists.

There have also been growing tensions over a curfew in the Sur district of southeastern Diyarbakir province, also mainly Kurdish, that has been in place almost uninterrupted since 2 December.

A group of HDP (the Peoples' Democratic Party) and other Kurdish activists who sought to march on the blockaded Sur district clashed with police who dispersed them with tear gas and water cannon, an AFP correspondent reported.

Battle against PKK impeding Turkey's fight against IS

The PKK launched a formal insurgency against the Turkish state in 1984, initially fighting for Kurdish independence although it now presses more for greater autonomy. The conflict has left tens of thousands dead.

A senior Turkish government official said peace talks for a final settlement could only resume once the PKK had fully laid down its arms.

"We need to see concrete results. There must be no single armed element in Turkey," said the official, who asked not to be named.

The official acknowledged that the battle against the PKK was also impeding Turkey's fight against Islamic State (IS) militants. 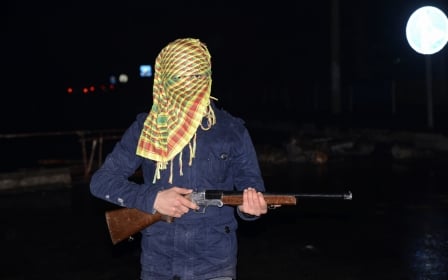 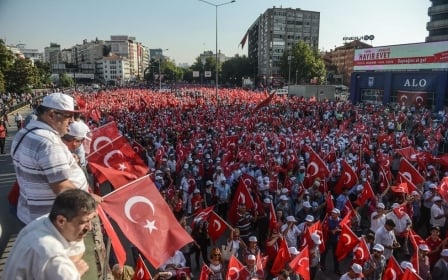