The Lebanese activists covering their eyes in solidarity with protesters

Hundreds of people share their photos with one eye covered, a reference to serious eye wounds suffered by protesters at the hands of security forces 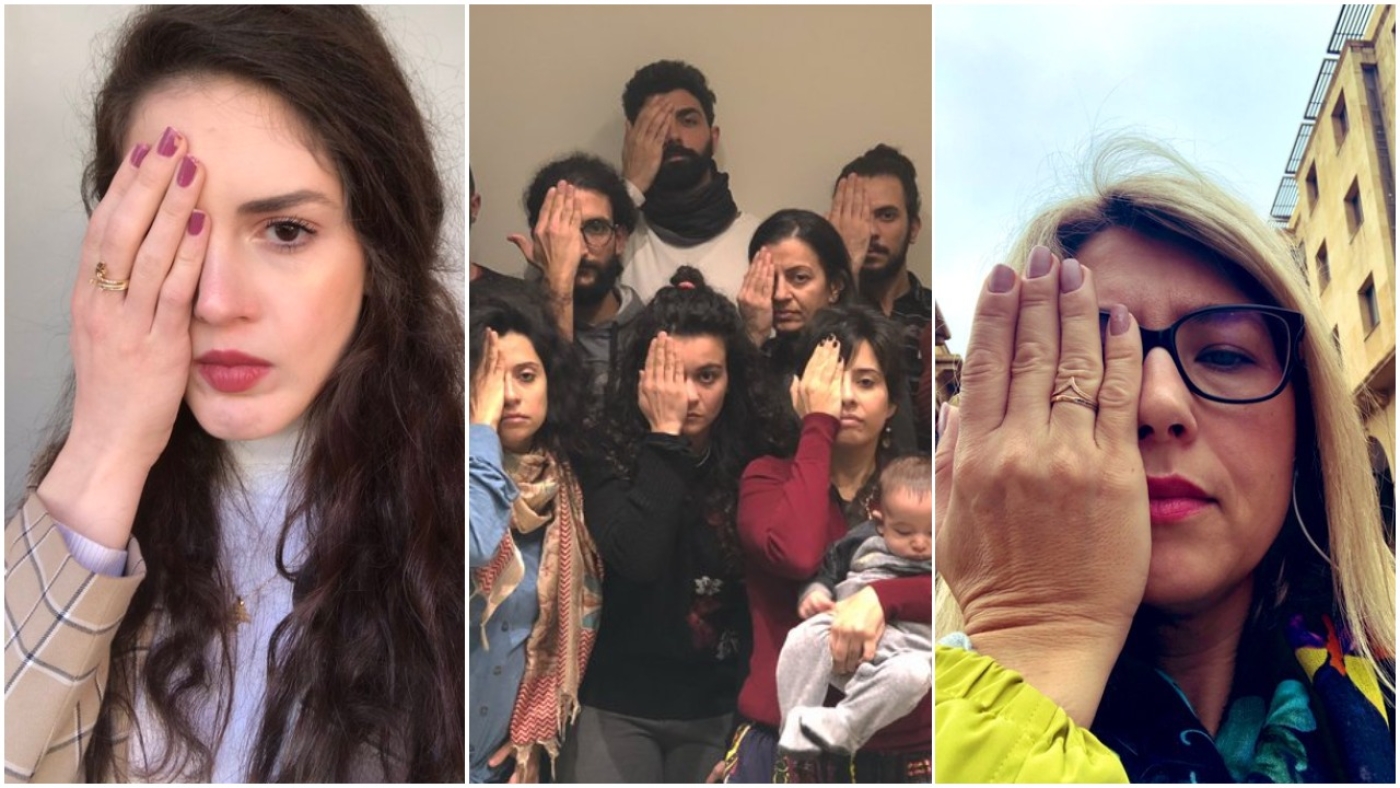 Lebanese activists have launched an online campaign in solidarity with protesters following heavy clashes with police that have seen hundreds injured - including a number of demonstrators who sustained serious eye injuries.

Anti-government protests have entered their fourth month in the country, as people continue to take to the streets demanding an overhaul of the ruling system to address the worsening economic situation and endemic corruption.

On Sunday evening, hundreds of protesters gathered in central Beirut near the parliament building, only to be met by security forces who used water cannons, rubber-coated steel bullets and tear gas to disperse the crowd, wounding scores.

At least 377 people were injured over the weekend - both protesters and members of the security forces - according to a toll compiled by AFP, based on figures provided by the Red Cross and Civil Defence.

The repression of protesters has moved many to post photos online with one eye covered, in solidarity with demonstrators who have sustained eye injuries due to rubber-coated steel bullets and tear gas canisters. The photos are often shared under the Arabic hashtag "Our revolution, your eyes".

Human rights groups have raised concern about a spike in violent police repression and arrests of demonstrators. Human Rights Watch (HRW) condemned what it called "the brutal use of force unleashed by Lebanon's riot police against largely peaceful demonstrators".

@ClownMeIn In solidarity with free Lebanese protestors who lost their eyes after being hit by rubber bullets fired by riot police.
"95 days of Militias brutality • in the last 3 days at least 400 injured!#ثورتنا_عيونكم #ثورة_١٧_تشرين#كلن_يعني_كلن#لبنان_ينتفض pic.twitter.com/JPyfzb1rdo

Images of protesters with bloodied eyes have been shared widely on social media, prompting uproar about the crackdown on protesters from security forces.

The social media campaign was sparked after a video of two young men who sustained eye injuries during the protests was shared online. In the video the men dedicate a message to protesters: “We will be coming back, God willing, the revolution continues, and everyone means everyone” - using one of the slogans of the uprising calling for all Lebanese political leaders to step down.

They lost their eyes in the protests in #Beirut last weekend.
Much respect guys! #Lebanon #اوقفوا_قنص_العيون #ثورتنا_عيونكم #لبنان #لبنان_ينتفض pic.twitter.com/RiUfKJ2AjU

Amnesty International has denounced what it called the "arbitrary arrests" of anti-government protesters.

"What we have witnessed in the past couple of days is an alarming attack on freedom of assembly and expression," said the watchdog's Middle East research director, Lynn Maalouf.

"Acts by a minority of protesters who vandalised banks or threw stones is never a justification for such excessive use of force and sweeping arrests by law enforcement."

Security forces said they had opened a probe after a video shared online showed police beating up people believed to be protesters as they were brought to a Beirut police station.

Campaign by Lebanese journalists/activists after protestors hit in the face/eyes by rubber bullets and tear gas canisters during demonstrations over the weekend.#LebanonProtests #لبنان__ينتفض https://t.co/fDeP12h5k4 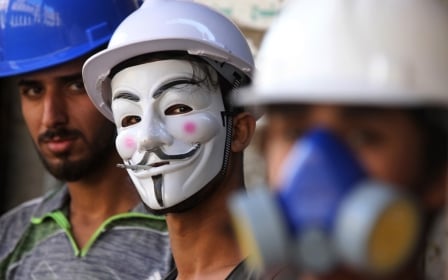