General Joseph Aoun is attempting to shield his forces from the economic meltdown's blowback, and maybe even position himself for a run for the presidency General Joseph Aoun, the Lebanese Army chief of staff, at an airbase in 2018 (AFP)
By
Kareem Chehayeb
in
Beirut

Ever since the Lebanese government appointed him as the army’s commander in March 2017, General Joseph Aoun has seldom commented on the country’s current affairs.

But four years later, his voice has been getting louder. Speaking in a dimly lit auditorium last month, Aoun scolded the Lebanese government for cutting the army’s budget in a scathing speech.

“Do they want the army or not? Do you want the army to stand on its own two feet or not?” said Aoun angrily, denouncing allegations from unnamed political officials that the military has wasted resources. “We reject anyone who places their hands on the rights of the soldiers.” Lebanon: Half of families could struggle to afford iftar meal
Read More »

The local currency, the Lebanese lira, has been plummeting since late 2019. Once pegged at 1,500 to the dollar, it has since lost more than 80 percent of its value. Meanwhile, food prices are skyrocketing - by over 400 percent so far, faster than anywhere else on the planet.

Lebanese soldiers, once working a rare job in the country that guarantees a semblance of economic security, now earn monthly salaries worth less than $120. That is roughly 25 percent of the cash-strapped country’s minimum wage.

Uniform belts are tightening. In June, the army stopped serving meat to its staff. And in February, France delivered $60,000 of food aid to the military, which appears to contain only the basics: cooking oil, carbs and canned food.

With the army feeling the effects of Lebanon’s economic crisis much like the rest of the country, the rancour in Aoun’s big statement was clear.

The army is a victim of political slander campaigns, he claimed, aimed at destabilising the military and national security. “But to whose benefit?” he asked. “Breaking up the army means the end of the [Lebanese] entity.”

Though his masked soldiers sat quietly while he spoke, the army chief’s words made waves across the country.

Analysts and columnists alike speculated. Is Aoun heralding a military coup? Or is he indirectly announcing himself as a presidential candidate after the term of President Michel Aoun (no relation) ends in less than two years?

It is not farfetched for a military official to become president in Lebanon; after all, the country’s current president and two predecessors are all former commanders.

Presidential elections are scheduled for late next year, but Aoun the military chief hasn’t explicitly expressed an interest in succeeding the current president and namesake.

One thing is for sure, however: their close relationship has deteriorated, especially as the international community has become verbally more critical of most of Lebanon’s ruling parties.

“Many people see President Aoun as the enabler of Hezbollah’s increasing power in the country.”

On top of that, El-Halabi argues that this is especially significant because both men occupy key positions allocated to a Maronite Christian in Lebanon’s sectarian power-sharing political system.

“In his speech, Joseph Aoun withdrew the military cover the president had,” he said.

The Lebanese Army did not respond to Middle East Eye’s request for comment on the recent political speculation, and the aftermath of the military chief’s speech.

Setting aside speculation, what’s certainly clear is that the Lebanese army currently stands at an interesting point in its history.

Lebanon over the past 18 months witnessed an uprising that rocked the country, an economic collapse further worsened by the Covid-19 pandemic, and an explosion at the Beirut Port that devastated much of the capital.

The country’s bankrupt state has behaved as if it was in a coma, and delegated the response to various crises to the army.

Whatever the motives are, it’s clear that Joseph Aoun is trying to disassociate the army from the country’s rotten ruling class. He is presenting Lebanon’s troops as victims of rampant corruption and mismanagement, alongside much of an angry and exasperated population, over half of which lives in poverty.

Shaking the hand that beats you

In a country deeply divided along sectarian and political lines, the Lebanese army is seen as a rare entity that - at least in theory - transcends them.

From 1975 until 1990, a mosaic of ruthless sectarian militias devastated Lebanon in a brutal civil war. At that time, the army splintered and fragmented, leaving the country under the thumb of sectarian militias and their patrons.

Since then, the military has been lauded by Lebanese of all stripes as a unifying force, and has an almost sacrosanct status.

“The army has been the only state entity that is able to garner majoritarian support across sectarian lines. People don’t want it to disintegrate,” El-Halabi says.

'The army has been the only state entity that is able to garner majoritarian support across sectarian lines. People don’t want it to disintegrate'

Though not immune to Lebanon’s notorious political clientelism and sectarian quotas, enlisting in the army once guaranteed financial security and an acceptable standard of living.

“All sects look at the army as their go-to state entity to ensure financial sustainability,” El-Halabi added. “Mainly outside of Beirut, everyone is invested in the army.”

Some anti-government protestors have advocated military rule in Lebanon, mostly in a transitional capacity. But they are a miniscule fraction compared to those who simply revere the institution.

It’s truly a complicated relationship, seen most vividly on the coastal highway’s Jal el-Dib intersection, which became a flashpoint area during the 2019 uprising.

Though the army largely stayed away from protests in the capital, its troops were often tasked with keeping protestors off the streets elsewhere.

At Jal el-Dib, the army often tried to contain protests. In one instance, a soldier struggled to hold back his tears while demonstrators chanted the Lebanese national anthem, while a protestor comforted him. Later, a protestor was seen embracing a tearful soldier, reportedly after he had been given orders to forcefully remove demonstrators to clear the highway.

But in the same spaces where soldiers and civilians tearfully embraced, things also turned violent.

On 15 November 2019, soldiers beat protestor Fadi Nader on the Jal el-Dib highway. He was stomped on, kicked and beaten with rifle butts and batons. Bruises and marks of the beating covered much of his body.

The following day, a battered Nader came back to the highway, this time in a wheelchair and hooked to an IV unit. He was resentful of what happened to him, but did not blame the army.

“The rulers can’t put us and the army against each other, they are our brothers,” he told the press. “I told the soldiers that we take pride in your military garb, and your boots are above our heads.” The crowd around him applauded.

Muddying the picture further, protestors in several cities have alleged torture at the hands of the country’s security forces and military. Protestors have also been tried in military courts in Lebanon, sometimes even charged with terrorism.

A rifle in one hand, a food parcel in the other

2020 was a year of catastrophe and hardship for Lebanon.

While the state stood idly by, Lebanon’s sectarian political parties and their notorious patronage networks sanitised neighborhoods fearful of Covid-19 and distributed aid packages to those struggling.

The government allocated a one-time cash payment for vulnerable families. However, the social affairs ministry postponed its rollout after seeing discrepancies in the list, and asked the army to vet the documents.

At that time, the cash assistance was worth about $140, but the rollout delay coupled by the spiraling currency further weakened it. At the time, even the social affairs minister himself said that about 75 percent of the population needed aid. The army was also tasked with distributing the assistance once it was vetted. “Whenever civilian administrations aren’t able to do certain jobs, they just tell the army to do it instead,” American University of Beirut Professor of Policy and Planning Nasser Yassin tells MEE, adding that state institutions are often not under-equipped, but poorly managed.

“Why the army? It’s efficient and largely trusted by citizens, as opposed to politicians.”

The army’s commander Aoun routinely met with rescue workers and paramedics, and coordinated search and rescue operations with international teams.

The authorities put Beirut under a state of emergency, giving the army exceptional powers, especially in and around the port. The military also became the main receiver and distributor of foreign humanitarian aid. It even surveyed over 85,000 damaged buildings.

Yassin said that the army playing an active role in the immediate aftermath of a catastrophe like the Beirut blast is understandable, but its multifaceted role means they now “represent the state on the streets”.

That may mean Joseph Aoun’s attempt to separate the military from the ruling class won’t be an easy task, particularly as life gets even tougher for Lebanese with little prospect of economic relief.

“Drive somewhere outside of Beirut, and you will probably go through military checkpoints. Or when there is a protest, they will be there,” Yassin said. 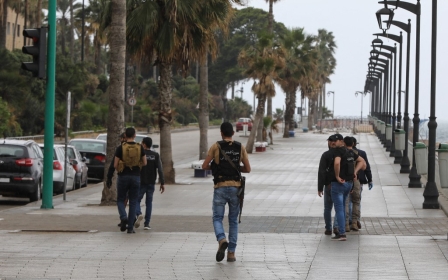 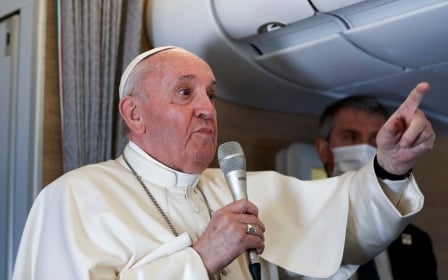 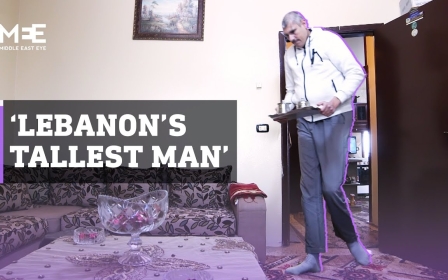 Inside Lebanon
The curse of Lebanon’s ‘tallest man’