Lebanese students wave the national flag during a demonstration in the capital Beirut on 9 November, 2019 (AFP)
By
Kareem Chehayeb
in
Beirut

Twenty-year-old psychology student Yara Idris was still in disbelief, hours after an independent slate won 85 out of 101 seats at the Saint Joseph University's elections in Beirut.

“I’m speechless,” Idris, who had just been elected to head the student council of her faculty, told Middle East Eye. “I’m overwhelmed to say the least.”

The president of the university’s Secular Club, Charbel Chaaya, anticipated a positive result. “But we didn’t expect anything like this.” the 19-year-old law student told MEE. “Especially at [our] campus.”

'We’re reclaiming our universities. The ruling parties always occupied our student councils and deceived the students'

Campuses across Lebanon’s universities for decades have been political strongholds and spheres of influence for the country’s multitude of ruling parties.

But one year after a popular uprising swept the country, followed by an economic collapse and the devastating Beirut Port explosion, things could be changing.

“Everyone says that as youth we shouldn’t talk politics,” Idris said, describing the country’s uprising one year ago as an awakening. “If we don’t talk politics, then how can we expect to change anything?”

Independent groups at Lebanese university campuses trying to break the status quo are in the crosshairs.

“Cyberbullying is a huge problem,” Idris said, especially on Twitter and Facebook. “Many people were personally targeted.”

There was also lots of sectarian rhetoric in the process from student groups linked to the country’s ruling political parties. “There were words and phrases I didn’t know we still used,” she said, almost bewildered. “I mean, they’re using someone’s sect as a way to smear them and swing elections. That’s just wrong.” Conspiracy theories on social media were stirred up, alleging that these independent student groups are funded by the United States – similar to allegations made about the Lebanese uprising last year. Even the widely-viewed television station MTV claimed in a bizarre news report that the secular club was a left-wing front for Hezbollah.

Lebanon’s infamous clientelism was also at play during the polls. Student groups affiliated to the country’s ruling political parties reportedly offered services such as helping them pass their exams, find work, and even cover textbook costs in exchange for votes.

And it is not unusual that this tension has even turned into physical violence.

Students from USJ affiliated with Hezbollah and the Lebanese Forces engaged in a fight the day before the election results, some throwing firebombs. Security forces watched closely before breaking up the skirmish, arresting some of the student partisans.

Much to the chagrin of university students, Lebanon’s voting age is still 21. They say student elections are the next best thing, as they look to organise with wider independent movements for the country’s upcoming municipality and parliamentary elections scheduled for 2022.

For now, student groups across campuses are coordinating together, including through a network called Mada, and are tackling issues that apply to them, like affordable education and employment, as well as other national issues.

'These victories show the very different Lebanons that exist today. But for them to spill over into real political change, they need to become part of a larger political organisational effort'

Lebanon is ending 2020 at an all time low, with half its population in poverty, and a currency worth just roughly 20 percent of its value a year ago. Fresh graduates and young professionals are leaving the country in droves.

But these election results have created a spark of hope and optimism among students and others hoping for significant change.

Farah Baba, a former president of AUB’s Secular Club, remains involved with Mada to this day. “I couldn’t picture any of this happening two years ago [when I was a student],” she told MEE, admitting that she is hopeful that this translates into the country’s wider political life. “Once you have active youth engaged in politics and public life, you can guarantee that there will be sustainability in that political work.”

The surge in popularity of independent student groups in a politically polarised Lebanon may not be surprising, but it remains uncertain whether student victories will spill over into real political change. Bassel Salloukh, a political science professor at the Lebanese American University says it is possible.

“These victories show the very different Lebanons that exist today,” Salloukh said. “But for them to spill over into real political change, they need to become part of a larger political organisational effort, one that targets penetrating the state to reform it substantially.” 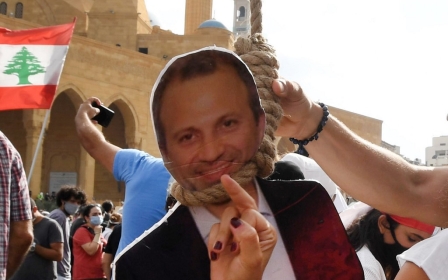