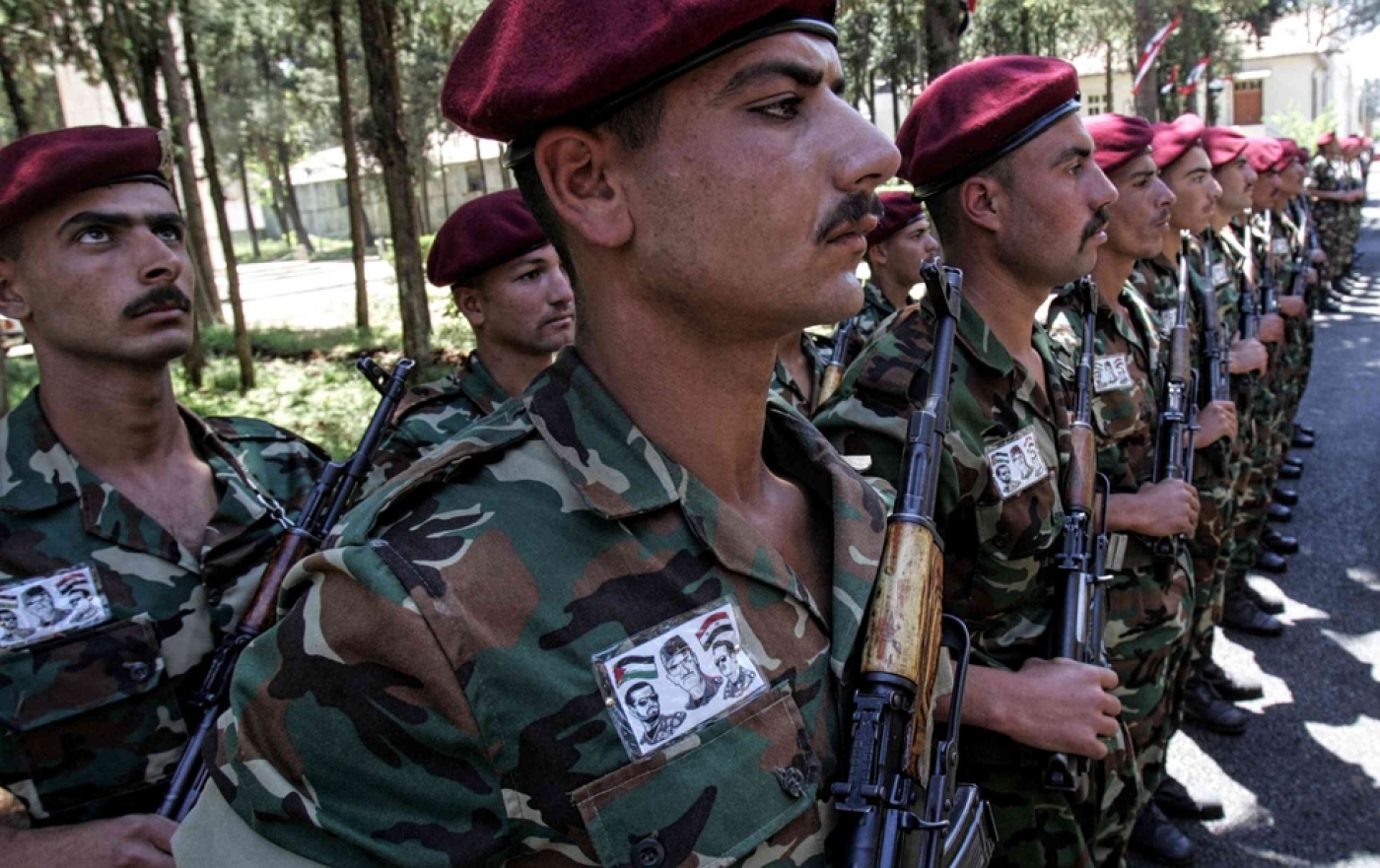 BEIRUT - Once, Syria’s pullout from Lebanon in 2005 felt like the end of an era.

After a 29-year occupation and accusations that Damascus was behind the assassination of former Lebanese Prime Minister Rafik Hariri, Syria’s influence on its smaller neighbour was at a low.

Hariri’s killing brought hundreds of thousands of Lebanese on to the streets, demanding Syria’s exit. It was followed by parliamentary elections that reflected the country’s broad anti-Syrian sentiment, as the 14 March coalition of Hariri allies and Damascus sceptics took the majority of seats.

But a lot can change in 13 years. In May’s parliamentary polls, the first since 2009, old faces who have been ostracised from Lebanese politics for more than a decade made a comeback.

Some of them had not been seen since the time of the Syrian occupation, a period that many Lebanese associate with repression and a string of political assassinations.

But some see their return as a sign of the growing influence of Syria and, by extension, its sponsor Iran. Sandra Noujeim, a journalist at the Lebanese newspaper L’Orient-Le Jour, said: “It’s clear that Iranian influence in Lebanon is predominant today. It’s like 2005 never happened.”

Spy chief comes in from the cold

The most striking case is that of Jamil Sayyed, the former head of Lebanon’s General Security intelligence agency and a new member of parliament for Baalbek-Hermel near the Syrian border.

Once one of the most powerful men in Lebanon, Sayyed was jailed for four years in 2005 for his alleged involvement in Hariri’s death. He was eventually freed in April 2009 because of lack of evidence, just three months before parliamentary elections.

Newly released, Sayyed immediately had his eye on a political career, although as he told Middle East Eye last month, “it was too early to run as a candidate back then”.

In the end, it would be nine years before elections were held once more: the Lebanese parliament extended its own mandate three times, citing security issues related to the Syrian war across the border and problems with the electoral law.

By May 2018, when elections were finally held, the climate had improved for Sayyed and his ally Hezbollah.

For while Syria's influence has waned since the withdrawal, Hezbollah’s grip on Lebanese politics had proved stronger than ever, its successful military support of Syrian President Bashar al-Assad boosting its regional influence and representing the growing prominence of Iran, its backer.

Sayyed was elected as part of a Hezbollah-backed list to represent a constituency in east Lebanon’s Bekaa Valley. He presents himself as an independent politician but makes no secret of his allegiance to “the Party of God”.

As he received well-wishers a few days after his victory at his family home in the Bekaa, Sayyed said that he finally felt that “justice had been served” after his jailing and political exile.

But for him, his election does not necessarily symbolise the return of pro-Syrian politicians.

“Most of those that are against Syria today used to collaborate with Syria when it was present in Lebanon,” he said. “A real ally is one that stays loyal to you, whether you are strong or weak,” he added, in reference to his relationship to Syria.

“What is happening today is that a few Lebanese who were expelled in exceptionally unfair circumstances have returned, backed by popular demand. It is in Lebanon’s interest, for economic and security reasons, to be close to Syria.”

His arguments are close to those of Elie Ferzli, another Lebanese politician who has been voted in again after failing at the 2005 and 2009 elections.

A Greek Orthodox member of President Michel Aoun’s Free Patriotic Movement, Ferzli has also been re-appointed as vice speaker of parliament, a job he held from 1992 to 2004.

At the time, he was considered a staunch defender of the Syrian occupation. Like Sayyed, he argues for a close relationship with Syria to help Lebanon defend itself against Israel.

“When I hear people accuse me of being pro-Syrian, I don’t care. I don’t consider it to be an accusation,” he said. “I used to be very close to the Syrians. I cannot forget that they protected my community in the 1980s during the Lebanese civil war.”

Sayyed and Ferzil are not the only ones to have made a successful comeback.

Other political figures associated with Syria who have again come to prominence include Abdel Rahim Mrad (Bekaa), Albert Mansour (Bekaa), and Jean Obeid (Tripoli). Ex-minister Faisal Karame, scion of a family long associated with Assad and his father, was elected in Tripoli for the first time.

Long-time opponents to Syria and Hezbollah are angered by their comebacks, convinced that Damascus is strengthening its hold on the country.

This feeling has only been compounded by a recent scandal involving a naturalisation decree signed by Aoun granting Lebanese citizenship to up to 400 people.

In a country where women are unable to pass their citizenship onto their children, nationality is highly political.

Nadim Gemayel of the Christian Kataeb party published an extract of the list of names included in the naturalisation decree on Twitter. Over 70 percent of the extract were Syrians and Palestinians.

“It is not clear how these people were chosen. However, many are wealthy Syrian businessmen close to the Assad regime”, Gemayal told MEE.

“I fear that they will use their newly acquired Lebanese nationality to open bank accounts in Lebanon, even though they are targeted by US sanctions. That would put our entire banking system at risk,” he said, a reference to how banking is the backbone of Lebanon's fragile economy.

Many opponents of Syria put the return of the likes of Ferzli and Sayyed down to the shifting position of Aoun, who struck an unlikely alliance with Hezbollah in 2006.

Aoun was fiercely anti-Syrian during the Lebanese civil war and lived in exile in Paris during Syria’s occupation. But his alliance with Hezbollah has since borne fruit, as the party’s support helped him win the presidency in 2016.

“It breaks my heart to see Jamil Sayyed elected,"said Fares Souaid, an MP from 2000 to 2005 and a founding member of the Qornet Shehwan Gathering, a predominantly Christian movement that began calling for the withdrawal of Syrian troops in the early 2000s.

According to the Gathering, Syria should have left Lebanon after the Israelis pulled out from the south in 2000, considering that Damascus claimed its presence on Lebanese soil was essential to protect it from Israel.

“Michel Aoun was in charge of politics and security after Syria’s withdrawal. He defended the generals”, Souaid said, in reference to Sayyed and three others who were jailed for their links to Hariri’s assassination.

Now Souaid fears that pro-Syrian MPs could push to legalise the weapons of Hezbollah, the only militia which was not disarmed after the Lebanese civil war. Hezbollah justifies the existence of its militia in the name of Lebanon’s defence against Israel.

“There are two armies in Lebanon: the official Lebanese army and Hezbollah. Those MPs could legalise a situation which I believe to be an aberration.”

Yet while some despair at the rise of pro-Syrian figures and their Hezbollah allies, their staunch rivals have also enjoyed a new prominence.

The Lebanese Forces (LF), a militia-turned-political party that Syria banned in the 1990s, almost doubled its MPs from eight to 14 at the May 2018 elections, indicating that sentiment against Hezbollah and Damascus still runs strong in some parts of Lebanon.

'People are afraid to speak out, so we cannot know exactly how many people actually support Hezbollah in Lebanon'

Antoine Habchi, an LF MP who was elected in the Hezbollah stronghold of the Bekaa, said his success was despite an intense smear campaign.

“People who didn’t vote for them were accused of collaborating with Israel or the United States," he said. "When that didn’t work, they accused them of supporting the Islamic State.

"People are afraid to speak out, so we cannot know exactly how many people actually support Hezbollah in Lebanon.”

As for figures such as Sayyed, Habchi said that they should not expect to enjoy the same prominence that they had under the Syrian occupation.

“Their voices will be heard but I do not think it will change much,” he said. “They still will have to conform to the line of the big political parties that backed them, such as the Free Patriotic Movement or Hezbollah.”