A woman sits near a poster of Lebanon's Hezbollah leader Hassan Nasrallah in Khiam, near the border with Israel, southern Lebanon, 25 May 2021 (Reuters)
By
MEE and agencies

Lebanon's Hezbollah chief, Hassan Nasrallah, reassured supporters that he was well on Tuesday after fits of coughing during his last speech had caused concern and speculation about his health.

"A human being is a human being, you get sick or tired sometimes," Nasrallah said during a speech on the country’s financial crisis and political stalemate.

Referring to social media rumours suggesting he had a grave illness after his speech on 25 May, he said: "Some people killed us off and some started looking for a successor. I reassure them."

Nasrallah, who has led Iran-backed Hezbollah for nearly three decades, also thanked those who had expressed concern. 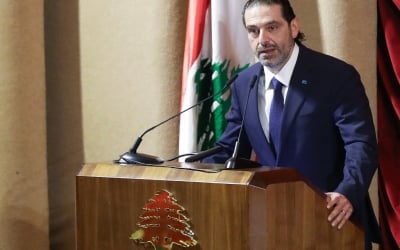 The secretary-general also said that as the country continued to suffer through a severe economic crisis, it could soon be forced to rely on fuel imports from Iran.

Nasrallah urged authorities to take a "courageous decision" and overcome their "fear" of Washington to import fuel supplies from Iran, which is under harsh US sanctions.

The World Bank last week released a damning report describing the crisis in Lebanon as one of the worst depressions recorded anywhere in the world since the middle of the 19th century.

In recent months, residents of the country have been dealing with increasingly severe fuel shortages, with long queues at service stations and some drivers waiting more than an hour to buy even small quantities of supplies.

Describing the situation as humiliating, Nasrallah said that if the Lebanese state failed to take action to deal with the crisis, "we, within Hezbollah, will go to Iran, negotiate with the Iranian government… and buy vessels full of petrol and fuel oil and bring them to Beirut port”.

The purchases, he said, would be made in Lebanese pounds and would not require long waits for the central bank to approve dollar allocations.

"Let the Lebanese state [dare to] prevent the delivery of petrol and fuel oil to the Lebanese people," he said. "We can no longer tolerate these scenes of humiliation."

The World Bank report predicted that Lebanon’s economy would shrink by close to 10 per cent in 2021, and stressed that there was "no clear turning point on the horizon, given the disastrous deliberate policy inaction".

According to Lebanon’s consumer price index, there was an approximately 400 per cent price increase on goods throughout 2020.

The political deadlock has complicated the financial situation in the country. A new government is needed to enact reforms that could unlock foreign aid. 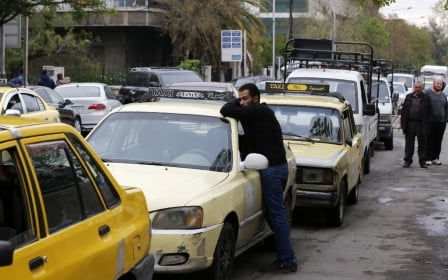