The presidential frontrunner's arrest appears to have done little to hamper his chances. Instead, commentators say, Tunisian democracy could be the real victim 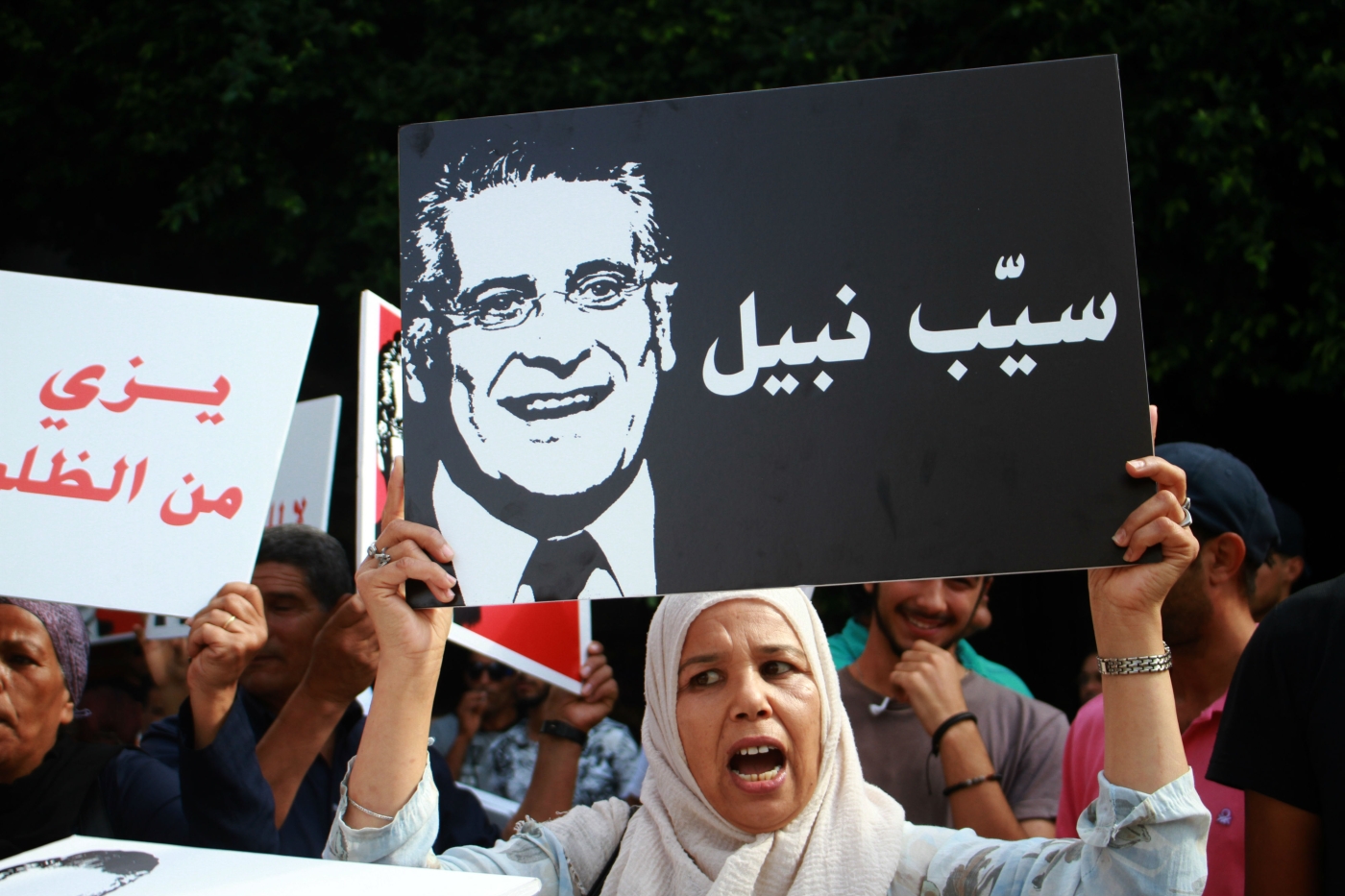 Television mogul, philanthropist, politician, president…. inmate? As things stand Nabil Karoui could be elected to the presidency while in prison.

Two weeks ago, the Qalb Tounes party leader and presidential frontrunner was beating the election campaign circuit, positioning himself as the outsider candidate ready to shake up Tunisia’s fractured politics and moribund economy.

Then the police came, with a judge-issued arrest warrant, taking him in over charges of money laundering and tax evasion.

'Karoui is the first political prisoner since the 2011 revolution'

On Tuesday, an appeal for his release was waved away, increasing the likelihood that Karoui will spend election day on 15 September behind bars.

Karoui’s detention hasn’t affected his candidacy, however, with Tunisia’s electoral body declaring he is still fit to stand. And in the polls he is still doing well.

But for the politician’s supporters and general Tunisian commentators, Karoui’s arrest points to a deeper issue in the country: rapidly eroding institutions that are susceptible to a multi-sided attack.

Karoui has always cast himself as an outsider seeking to shake up Tunisian politics. Running for the presidency from a cell was not the level of unorthodoxy he was looking for, however.

The Qalb Tounes head and his brother have been under investigation since 2016, after an anti-corruption watchdog accused them of tax fraud.

Yet his arrest on 23 August came as a surprise, as did his pre-trial detention.

The arrest warrant was issued after the judge waved away an appeal to remove the travel ban and asset freeze placed on Karoui on 8 July.

Immediately the arrest was labelled political. And in tandem, Tunisia’s electoral and media authorities banned Karoui’s popular Nessma TV, as well as two other stations, from reporting on the presidential campaign, accusing them of broadcasting without licenses. 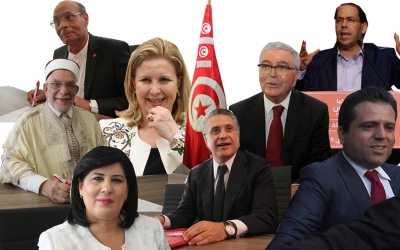 Who will be Tunisia's next president? Here's the shortlist
Read More »

For Sadok Jebnoun, a member of Qalb Tounes’ political committee, this was another sign that Karoui is being unfairly targeted by Prime Minister Youssef Chahed’s government.

“The media authority is nothing more than the long arm of the government,” he tells Middle East Eye.

Youssef Chahed is one of Karoui’s main rivals for the presidency, and Qalb Tounes accuses him of leaning on the judiciary to get his rival arrested.

Concerns that Tunisia’s legal system has become the victim of political manipulations are widespread.

“Karoui is the first political prisoner since the 2011 revolution,” Jebnoun says.

“It’s purely political. They basically invented a case to exclude a winning candidate - and a national leader - from the presidential race.”

So far, Qalb Tounes is doing all it can to keep him in the race.

With the candidate behind bars, Karoui’s campaign is being run by his wife Salwa Smaoui, who is also a senior director at Microsoft.

But it’s not just the incarceration of its leader that is causing Qalb Tounes issues: the anonymous distribution of billboards reading “Prison will not stop us, see you on 15 September” risks the party being penalised for violating political campaign laws.

Similarly, videos showing children and their parents protesting Karoui’s arrest have been circulated by persons unknown and accused of breaching the law.

“We have nothing to do with this. Our party strictly adheres to electoral campaign regulations,” Jebnoun says.

Karoui’s other rivals have looked on at his arrest with concern.

“His arrest took place under ‘dubious’ conditions, which could damage the country’s image,” he said in a statement.

Meanwhile Muslim-democratic party Ennahda’s candidate, lawyer Abdelfattah Mourou, said he was worried about “interference between the judicial and political courts".

Karoui’s defence team argues that the appeals court’s order to arrest him violates the fundamental principles of law and is outside its mandate.

The judge’s interruption of his judicial recess just to reject Karoui’s appeal and issue the arrest warrant also raised suspicions.

Legal expert Yacine Labib, who closely follows the case, characterises the arrest as “a form of manipulation of the justice system”.

“I hardly see any legal justification for Nabil Karoui’s pre-trial detention,” he says.

“Karoui was known as a cooperative and reliable suspect and the investigating judge already froze his assets and ordered a travel ban,” the legal expert adds.

According to Jebnoun, Karoui was in fact on the verge of winning the case.

“Karoui had handed over boxes full of evidence to support his case to the investigative judge,” he says.

With so many controversies and suspicions, Justice Minister Karim Jammoussi has ordered an investigation into the circumstances surrounding the arrest warrant’s issuance.

If Karoui’s arrest is indeed political, it won’t be the first highly unorthodox attempt to sideline him.

In June, his chances of taking residency in Carthage Palace looked over, after Chahed’s government was able to pass an amendment to the electoral code that ruled Karoui out by placing new conditions on candidacies.

However the controversial bill was never ratified by President Beji Caid Essebsi, who died the next month, so the amendment never came into effect.

Reportedly, the ailing Essebsi’s reticence to sign off on the bill was the work of his son Hafedh Essebsi, the head of ruling party Nidaa Tounes and a friend and confidant of Karoui.

To the opposition and civil society organisations, the law was an anti-democratic last-minute attempt to exclude new political parties from participation. 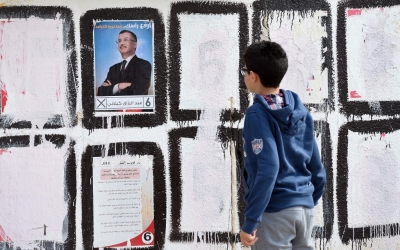 Why did Tunisian MPs limit who can run for office? Depends on who you ask
Read More »

“It’s a serious war,” Jebnoun says. “We were assuming a fair political battle over socio-economic issues, but we were utterly ignorant.”

According to Jebnoun, Tunisia’s recently won democracy is on the verge of collapse.

“Karoui’s struggle for freedom is comparable to that of Nelson Mandela,” he says.

“Chahed introduced anti-democratic measures under the disguise of protecting democracy,” he says.

“Our party stands for democracy. Karoui was co-founder of Nidaa Tounes and a close friend of our leader Hafedh Essebsi. We may disagree politically, but it’s now up to the voter.”

As a member of Nidaa Tounes, Chahed served in various roles in government between 2015 and 2018, including prime minister.

In full, bullish campaign mode, Chahed contended to French newspaper Le Monde that he is being “targeted” because of ‘”the open war” that his government has started "against corruption and corrupt people". 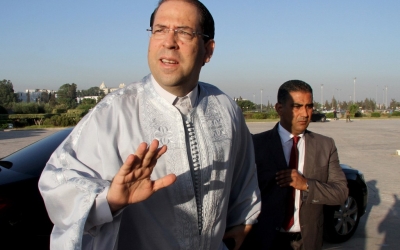 "It is true Tunisia is threatened by a dictatorship,” he was quoted as saying. “But one of the mafia, the media and political mafia that has been growing in popularity in recent days."

This fierce battle between two political forces, competing for the same pool of voters often described as “secularist and modernist”, poses a dilemma for Tunisians on their side of the political spectrum.

“Youssef Chahed is abusing his power, but the Tunisian democracy is vulnerable and being attacked from several sides,” he tells MEE.

“What if Nabil Karoui is using the elections to get immunity from prosecution?”

The Qalb Tounes leader is dogged by accusations of corruption, silencing debates through intimidation and pressure, and using his charitable foundation for political campaigning.

Tunisian NGO Iwatch, a partner of Transparency International, revealed Karoui’s Nessma TV is linked to a series of offshore companies and a network of branches in Luxembourg, Morocco and the Gulf.

The anti-corruption watchdog alleges that Karoui has evaded 2.5 million dinar ($870,000) in taxes and has subsequently been caught on tape instructing staff to counter the accusations by slandering Iwatch.

“Karoui, together with notorious businessmen accused of corruption such as Chafik Jarraya and Slim Riahi [also a presidential candidate] - all allies of Hafedh Essebsi and close to Nidaa Tounes - are linked to a group of business newcomers and entrepreneurs that emerged quickly after the revolution,” Ben Mbark says.

'What if Nabil Karoui is using the elections to get immunity from prosecution?'

“They are despised by the business elites who ‘ruled’ the country till 2011.”

Tunisia’s nouveau riche built their fortune on the economic instability, loopholes in the law and weak institutions found in Tunisia’s post-revolution era.

The International Crisis Group, in a 2017 report, held them responsible for undermining the democratic transition, and Chahed has highlighted the high-flying businessmen in his self-styled “war against corruption”.

“Nabil Karoui brands his activities as ‘breaking up the economic oligarchy’. That’s why he, in the eyes of some Tunisians, gets away with the corruption accusations," explains Hichem Guerfali, director of 3C Etudes marketing and opinion research company.

In fact, Guerfali says, Karoui’s current predicament seems to have made him more popular than ever, though the analyst believes that's likely to fade away when the media storm is over.

With Karoui’s appeal rejected on Tuesday, Tunisia may well have a prisoner-president on 15 September - “an odd, unprecedented situation”, as Ben Mbark describes it.

“A sitting president is constitutionally immune from indictment and prosecution,” he says.

“But he won’t be president as long as he’s not sworn in, and to be sworn in, he will have to be released.” 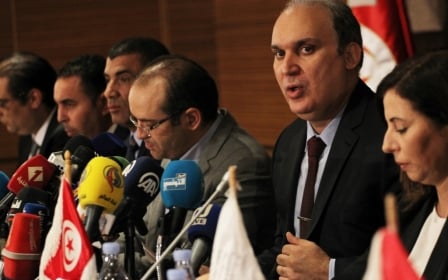 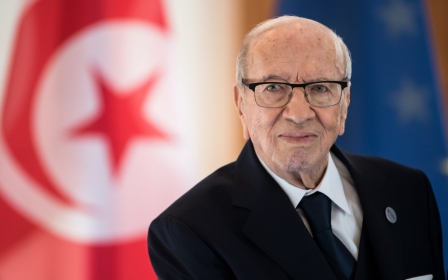 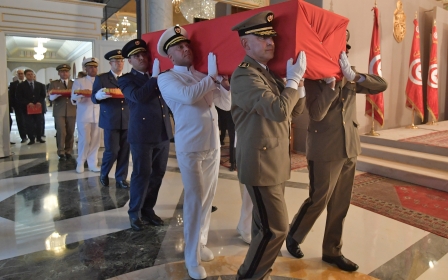