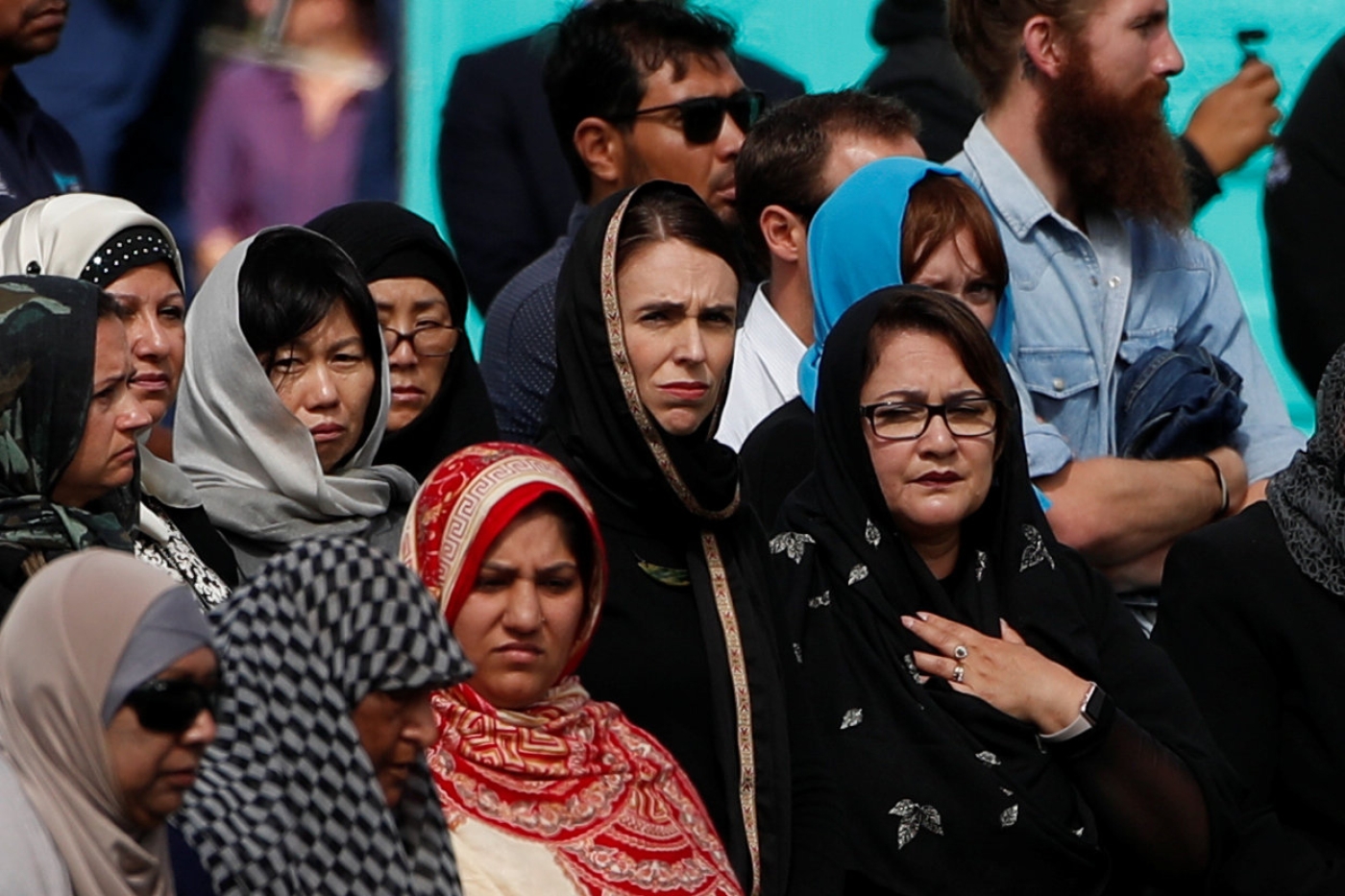 Thousands of New Zealanders gathered in Christchurch on Friday to honour 50 Muslim worshippers slain one week ago by an alleged white supremacist, with a call to prayer broadcast around the country and a two-minute silence.

The gunman "broke the hearts of millions around the world", said Imam Gamal Fouda, who was leading prayers.

"Today, from the same place, I look out and I see the love and compassion," he said. "New Zealand is unbreakable."

Prime Minister Jacinda Ardern led about  5,000 people standing quietly at Hagley Park in front of the Al Noor mosque, where most of the victims died.

"New Zealand mourns with you. We are one," she said in a short speech, followed by two minutes of silence. "We are broken-hearted, but we are not broken. We are alive, we are together, we are determined to not let anyone divide us," Imam Fouda told the gathered crowd, many wearing headscarves in support.

"To the families of the victims, your loved ones did not die in vain. Their blood has watered the seeds of hope," he said in prayers broadcast nationally. Ardern, who swiftly denounced the attack as terrorism, announced a ban on military-style semi-automatic and assault rifles under tough new gun laws on Thursday.

The #headscarfforharmony movement, launched by an Auckland doctor, encouraged people to wear headscarves on Friday to show their support for the Muslim community.

Robyn Molony, 65, was with a group of friends wearing headscarves at Hagley Park, where they walked daily.

“We are wearing headscarves showing our support, love and solidarity, and hope that by everybody doing this it will demonstrate to Muslim women ... that they are one with us," she said.

Images of a grieving Ardern wearing a black headscarf as she visited families of the victims a day after the attacks were broadcast around the world.

Muslims account for slightly more than 1 percent of New Zealand's population, most of whom were born overseas.

"We're not moving on. This grieving is going to take a long time," said 52-year-old Christchurch resident Bell Sibly, who wore a headscarf to show her support. "But what he's done, he was hoping to divide us, and instead, he's brought us all together in one big hug."

Armed police have been guarding mosques around New Zealand since the attacks and police said there would be a "heightened presence" on Friday to reassure those attending weekly prayers.

Officers stationed around Christchurch wore green ribbons pinned to their chests as a sign of peace and solidarity.

Candlelight vigils continued until late on Thursday across the country, while volunteers prepared the bodies of the deceased for a mass burial that was expected after the prayers.

Australian Brenton Tarrant, 28, was charged with one murder after the attack and remanded without a plea.

Tarrant is due back in court on 5 April, when police said he is likely to face more charges.