'No better friend': How Netanyahu may return Trump's election favours in 2020

US president will use his ties to Netanyahu to highlight pro-Israel policies and attack Democrats, analysts say 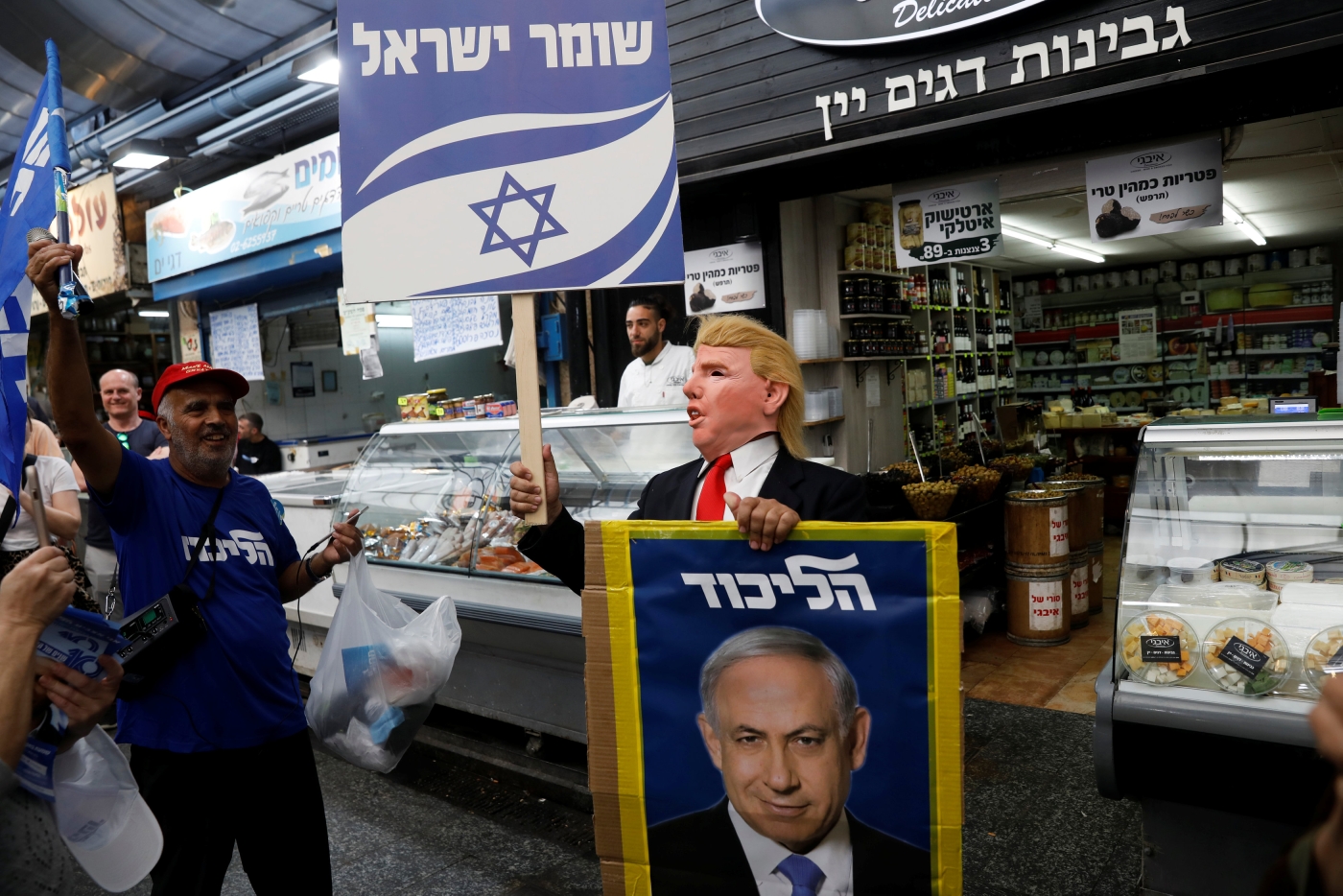 Although the premise of the question is easily disproved by the name of the group, Trump was not talking to his direct audience at the coalition's convention in Las Vegas last week.

His question was aimed at the broader Jewish American community, which mostly backs the president's Democratic rivals.

Trump has been using some Democratic politicians' criticism of Israel to woo Jewish Americans into the Republican camp. And with the re-election of Israel's Benjamin Netanyahu as prime minister on Tuesday, the US president may have a secret weapon ahead of his own re-election battle next year.

Since he was elected president, Trump has aligned Washington fully behind Israel's right-wing government, delivering successive foreign policy victories to the Israeli premier that Netanyahu used in his election campaign.

With 2020 around the corner, it may be time for Netanyahu to pay back the political favours, analysts say.

Over the past two years, the White House has nixed the Iran nuclear deal, moved the US embassy to Jerusalem, shut down the Palestinian delegation headquarters in Washington, cut off aid to Palestinian refugees, and withdrawn from international organisations critical of Israel.

Less than a month before the Israeli elections, Trump recognised Israel's "sovereignty" over Syria's occupied Golan Heights. And in an apparent final electoral gift to Netanyahu on Tuesday, the US administration blacklisted the Iranian Islamic Revolutionary Guard Corps as a "terrorist" group.

Netanyahu has openly touted his close ties to Trump as part of his re-election strategy, erecting giant campaign posters featuring himself next to the US president. But he also has not missed a chance to thank and laud Trump in a show of support that may intensify as the US elections approach.

"Over the years, Israel has been blessed to have many friends who sat in the Oval Office, but Israel has never had a better friend than you," Netanyahu told Trump after the US president signed the Golan proclamation last month.

Ariel Gold, co-director of feminist anti-war group CODEPINK, said Trump is already using his alliance with Netanyahu as part of his re-election campaign.

On Wednesday, the US president linked himself to Netanyahu's victory, tweeting a photo of the prime minister's supporters holding a flag featuring Trump's name.

"He's really trying to tell American Jews: 'Look, I am partners with Netanyahu; I helped him get elected. There is nothing more than that you need to know to see that I am the best friend of Israel, and that's what you should care about," Gold said.

But Trump is "delusional" if he thinks Jews, who are mostly "committed to progressive values", would abandon the Democratic Party for the Israeli prime minister.

In the 2018 midterm elections, 79 percent of Jewish Americans voted for Democratic candidates, according to exit polls.

"What's been consistent is that the vast majority of American Jews vote Democratic," said Gold, who is Jewish American herself. 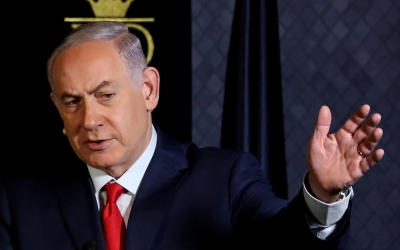 The main target audience of Trump's pro-Netanyahu policies is his US Christian Evangelical supporters, who have a religious commitment to Israel, Gold said.

"These 'gifts' to Netanyahu are also 'gifts' to the evangelical base," she told MEE.

"Christian Evangelicals in America have the same goals as the far-right settlers in Israel," she said.

For her part, Tamara Kharroub, senior fellow at the Arab Centre Washington DC, said Netanyahu will back Trump in the 2020 elections. But the mutual support between the two leaders is not the product of a "calculated move" or personal deal, she said.

Trump wants to appeal to influential pro-Israel groups in the US, while Netanyahu is seeking more concessions from the US administration, including support for annexing illegal West Bank settlements, Kharroub said.

"I think Netanyahu would want to support Trump publicly and push him privately to support the policies of annexation even further," Kharroub said. 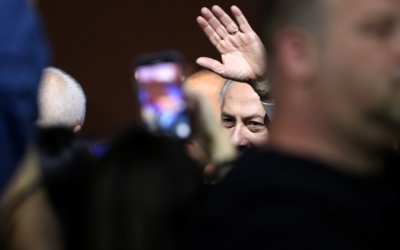 The US president and other Republicans are also looking to divide Democrats who do not see eye-to-eye on the Middle East conflict, with the emerging progressive base becoming increasingly sympathetic to Palestinians while the old guard of the party remains committed to Israel.

Kharroub, however, dismissed the possibility that Jewish Americans would flip to the Republican side because of Trump's pro-Israel policies, noting that the Jewish community is politically diverse.

"There are many Jewish Americans who are not happy with the Trump administration and its support for white supremacy," Kharroub said.

"Also, there is a growing population among young, progressive Jews who are not happy with Israeli policies and with the occupation and violation of Palestinian rights."

Trump has long been accused of not being forceful enough in his condemnation of white nationalism. After a violent neo-Nazi rally in Charlottesville in 2017, he equated the racist demonstrators with counter-protesters, saying there were "very fine people" on both sides.

And last month, after a white supremacist gunned down dozens of worshipers at a mosque in New Zealand, Trump said he does not consider white nationalism to be a rising threat around the world. A few months earlier, a white nationalist gunman had killed 11 people at a synagogue in Pittsburgh.

The US president was accused of anti-Semitism last week when he referred to Netanyahu as "your prime minister" while addressing the Republican Jewish Coalition.

"He used an anti-Semitic trope right there, accusing Jews of dual loyalty. He called Netanyahu the prime minister of American Jews, which absolutely Netanyahu is not," Gold told MEE.

Occupation
House Democrats call on Biden to reverse Trump's pro-Israel policies
US Politics
Former Saudi officials to be questioned over alleged links to 9/11 attacks: Report
US Politics
Majority of Democrats say US 'not supportive enough of Palestinians' 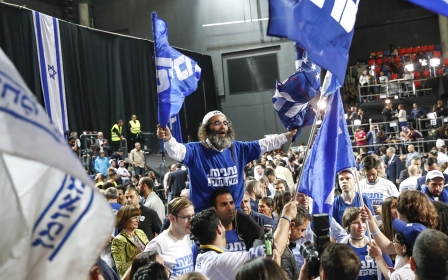