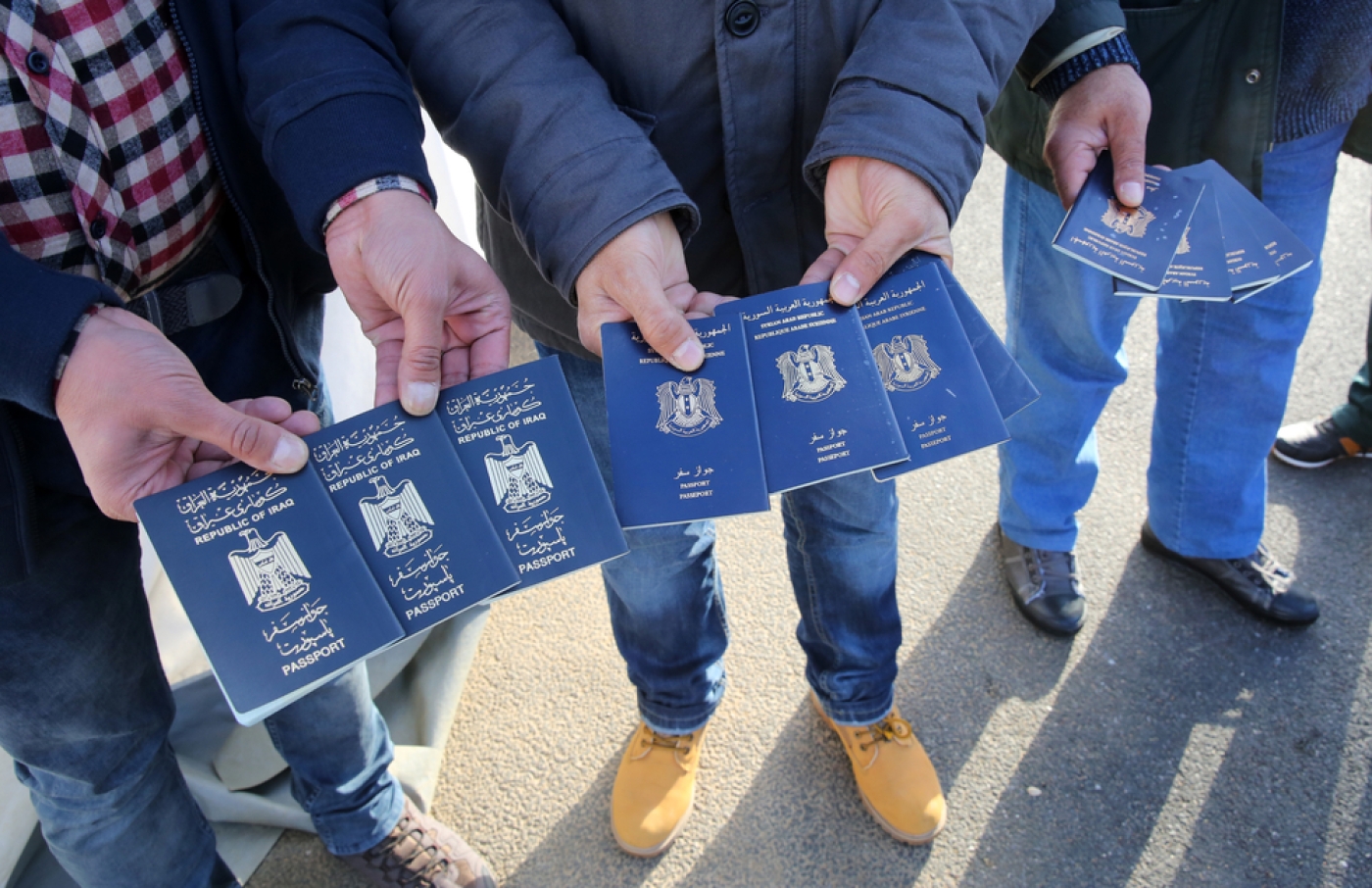 Migrants show passports from Iraqi and Syrian fellow travellers they have to present to buy ferry tickets for their passage to Sweden on November 12, 2015 at the port of Rostock, northeastern Germany. (AFP)
By
AFP

The proportion of people entering Germany with fake Syrian passports is far less than the 30 percent announced by the interior minister in September, the government has said.

Germany has to date maintained an open-door policy for Syrians escaping their country's bloodshed, giving them "primary protection" - the highest status for refugees.

Among other benefits, this status includes a three-year residence permit and family reunification.

The policy has sparked controversy, heightened after Interior Minister Thomas de Maiziere said in September that up to 30 percent of people were found coming into Germany with false Syrian passports and actually came from other nations.

He said the figures were based on estimates from people working on the ground.

But in response to a question from the left-wing Die Linke party, the government said in a written note obtained by AFP late Monday that only eight percent of the 6,822 Syrian passports examined by authorities between January and October were actually found to be fake.

Die Linke lawmaker Ulla Jelpke slammed the minister saying: "Instead of looking into a crystal ball... the minister should lean towards facts and reality."

Germany is Europe's top destination for refugees, most of whom travel through Turkey and the Balkans, and expects more than one million arrivals this year.

Iran tensions
How sanctions escalate anti-Iranian prejudice in the US
Diplomacy
Most Israelis do not support a two-state solution, new poll shows
Inside Egypt
Influential Muslim cleric and thinker Yusuf al-Qaradawi dies aged 96 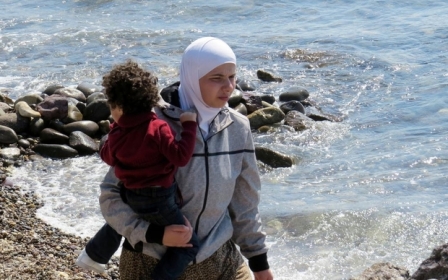 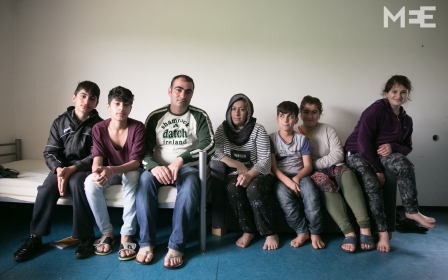