The open secret of Israeli-Moroccan business is growing

The two countries may not share official diplomatic relations, but that hasn't stopped $149m worth of trade in recent years 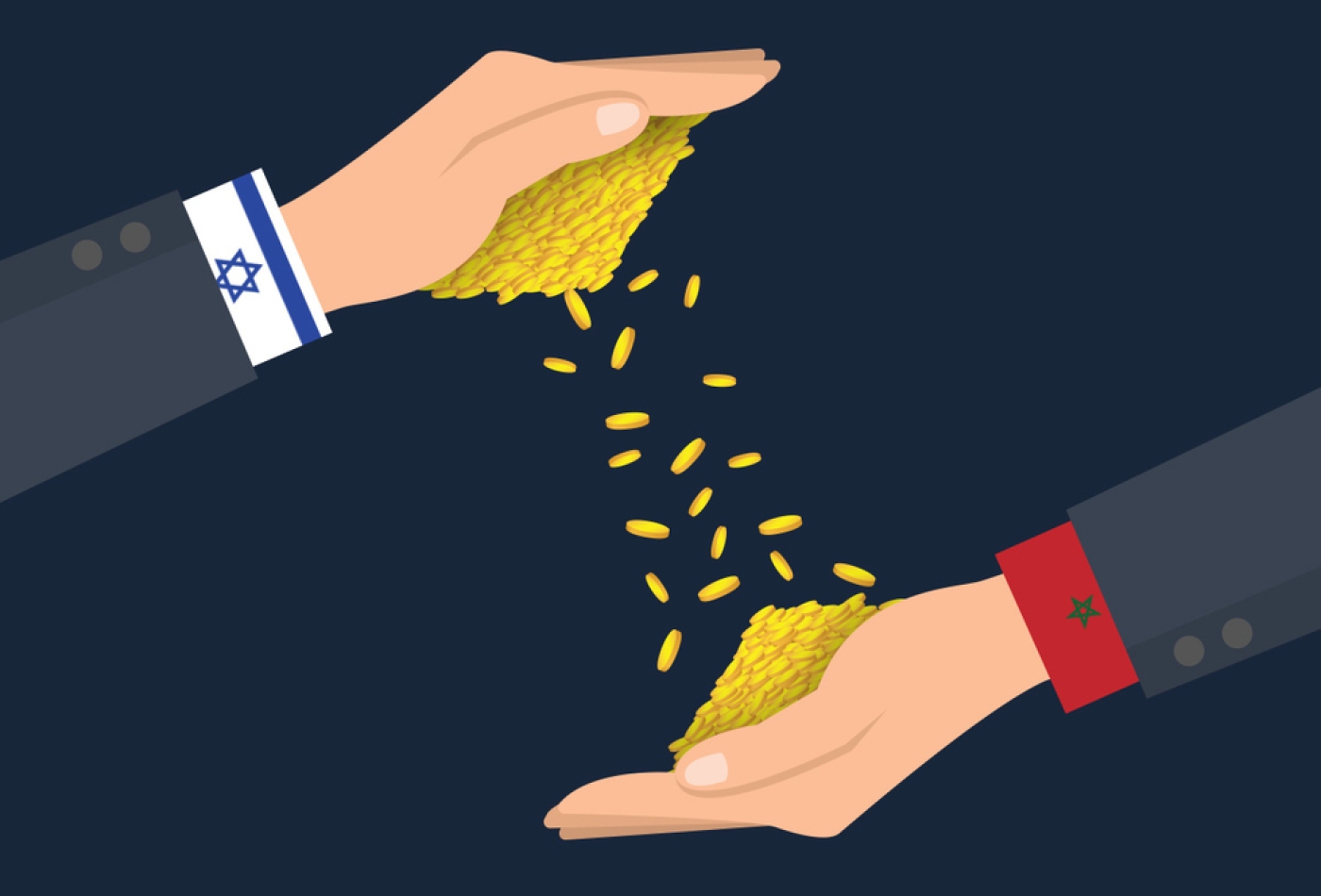 "Secret" Israeli-Moroccan business is increasingly visible, despite the North African country sharing no official relations with Israel and growing calls in Morocco against "economic normalisation".

Recent statistical discrepancies are a good start. Although Morocco’s official trade data has never made mention of Israel whatsoever, Israeli records shows $37m worth of commerce with Morocco in 2017, according to data released by the Israeli Central Bureau of Statistics (CBS) this year.

This means that, out of Israel’s 22 African trading partners, Morocco is among the four top nations from which it imports, and ninth in terms of exports, according to CBS. However, with $149m worth of trade between 2014 and 2017, this partnership is not new.

More unusual is Israel’s first overt foreign investment into the Arab world, with Israeli agricultural technology giant Netafim setting up a $2.9m subsidiary in Morocco last year, thereby creating 17 jobs, according to fDi Markets, a Financial Times data service that has monitored crossborder greenfield investment worldwide since 2003. Greenfield investment is when a company builds its operations in a foreign country from the ground up.

This development may fit into broader regional trends. Arab-Israeli relations are improving, for one, due to a growing alliance aginst Iran. Israeli Prime Minister Benjamin Netanyahu's recent visit to Oman is a good example of these warming relations.

Netafim’s investment is the most visible example of the longstanding and "clandestine" economic ties between Israel and Morocco, two countries that have shared historically warm ties compared to other Arab-Israeli relations.

However, public opposition in Morocco against normalisation with Israel keeps these ties under wraps.

For example, in 2016, government ministers denied any trade or investment links with Israel. Mohamed Abbou, then the head of foreign trade at the Ministry of Industry, Trade, Investment and the Digital Economy, told parliament: “Morocco has no commercial relations with this entity [Israel] . . . and is keen to fight the entry of all Israeli goods to Morocco."

“The government has never granted any license for anyone to import dates or any other Israeli products,” he added.

This is despite the fact that Israel’s Netafim has operated in Morocco since at least 1994 through an affiliate, Regafim. Today, under its own name, its Moroccan Facebook page currently has more than 26,000 likes.

Founded on an Israeli kibbutz in 1965, Netafim is the global leader in drip-irrigation systems, a technology that it pioneered. According to its website, it has 4,300 employees and provides equipment and services to customers in more than 110 countries.

In February, the company sold 80 percent of its shares to Mexichem, a Mexican petrochemicals group, for $1.5bn. Kibbutz Hatzerim retains 20 percent and Netafim remains headquartered in Israel.

“The opening of the new subsidiary [in Morocco] is part of growth in the market and our desire to improve the quality of our service and our assistance to our customers and partners in Morocco,” Shavit Dahan, Netafim’s director for North and West Africa, told the French-Israeli Chamber of Commerce. The company declined further requests to comment on its investment in Morocco.

The unabashed visibility of Netafim’s investment is unusual since most Israeli-Moroccan trade appears to be conducted secretly.

"However, [economic relations] are often hard to [prove] as trade and investment deals are either kept quiet or routed through intermediaries," said Bruce Maddy-Weitzman, an expert on Moroccan-Israeli relations at Tel Aviv University.

The French-Israeli Chamber of Commerce noted last year that “many Moroccan and Israeli companies are resorting to increasingly complex commercial channels... The Israeli media regularly reports the signing of trade agreements, financial transactions or co-operation programmes with government authorities or the private sector... The most visible Israeli-Moroccan experience is that of Netafim”.

Although the Moroccan authorities downplay any ties, commercial links in agriculture, the military and technology have existed for decades, as have cultural and people-to-people ties, said Maddy-Weitzman.

A quarter of a million Jews once lived in Morocco, which is still home to the largest Jewish community in the Arab world. While only about 2,000 remain today, Israel’s large population of Moroccan Jews forms a natural link between the two countries, explained Dr Maddy-Weitzman.

Moroccans are frequent participants at Israeli agricultural high-tech fairs, and thousands of Israeli tourists visit Morocco every year, he added.

'Until the Jerusalem incident, trade and business links between Israel and Morocco were a question of discretion'

According to Claire Spencer, senior research fellow at Chatham House’s Middle East and North Africa Programme, “Morocco values its international Jewish connections. It must be the only Arab state to have a roving ambassador for Jewish affairs, Serge Berdugo, and specifically mentions its ‘Hebrew’ heritage in the revised 2011 constitution.”

She also pointed to the rise of Israeli politicians and business leaders of Moroccan descent, such as Avi Gabbay, leader of the Israeli Labor Party.

However, Moroccan politics remain divided over their relationship with Israel. The country’s Arab nationalist and Islamist groups - such as the Justice and Development Party (PJD), which lead the government - oppose such relations, which are fostered, in the main, by King Mohammed VI and his advisers.. Earlier this year, Crown Prince Moulay Hassan was reportedly given a Gulfstream G650, equipped with $20m worth of Israeli technology.

Indeed, Netafim’s presence in Morocco provoked a small-scale demonstration at an agricultural fair in Rabat, in October 2017, during which four members of BDS - the Boycott, Divestment and Sanctions Movement against the Israeli occupation of Palestine - were arrested after peacefully protesting against the company’s presence at the fair and in Morocco. Exactly a year later, protestors returned to the fair, this time causing Netafim to exit the event.

Moroccan-Israeli relations have been a source of growing contention in Morocco in recent years. In 2014, at the time of Israel's assault of the Gaza Strip that left more than 2,200 dead, five political parties called for a bill that would criminalise “normalisation with Israel”.

Not yet passed into law, members of the Moroccan parliament called for the reactivation of said bill following US President Donald Trump’s announcement to move the US embassy to Jerusalem last December.

The complexity and divisions surrounding relations between the two countries were evident even as the US embassy building opened in Jerusalem in May. An estimated 10,000 Moroccans protested in Casablanca in late May following the opening of the embassy and an Israeli military crackdown on protests in Gaza that left scores dead.

Two weeks later, a delegation of Moroccan businesspeople and others went to Israel to meet lawmakers in the Knesset and other officials.

“Until the Jerusalem incident, trade and business links between Israel and Morocco were a question of discretion,” said Spencer. Now, she adds, they face an outright ban.