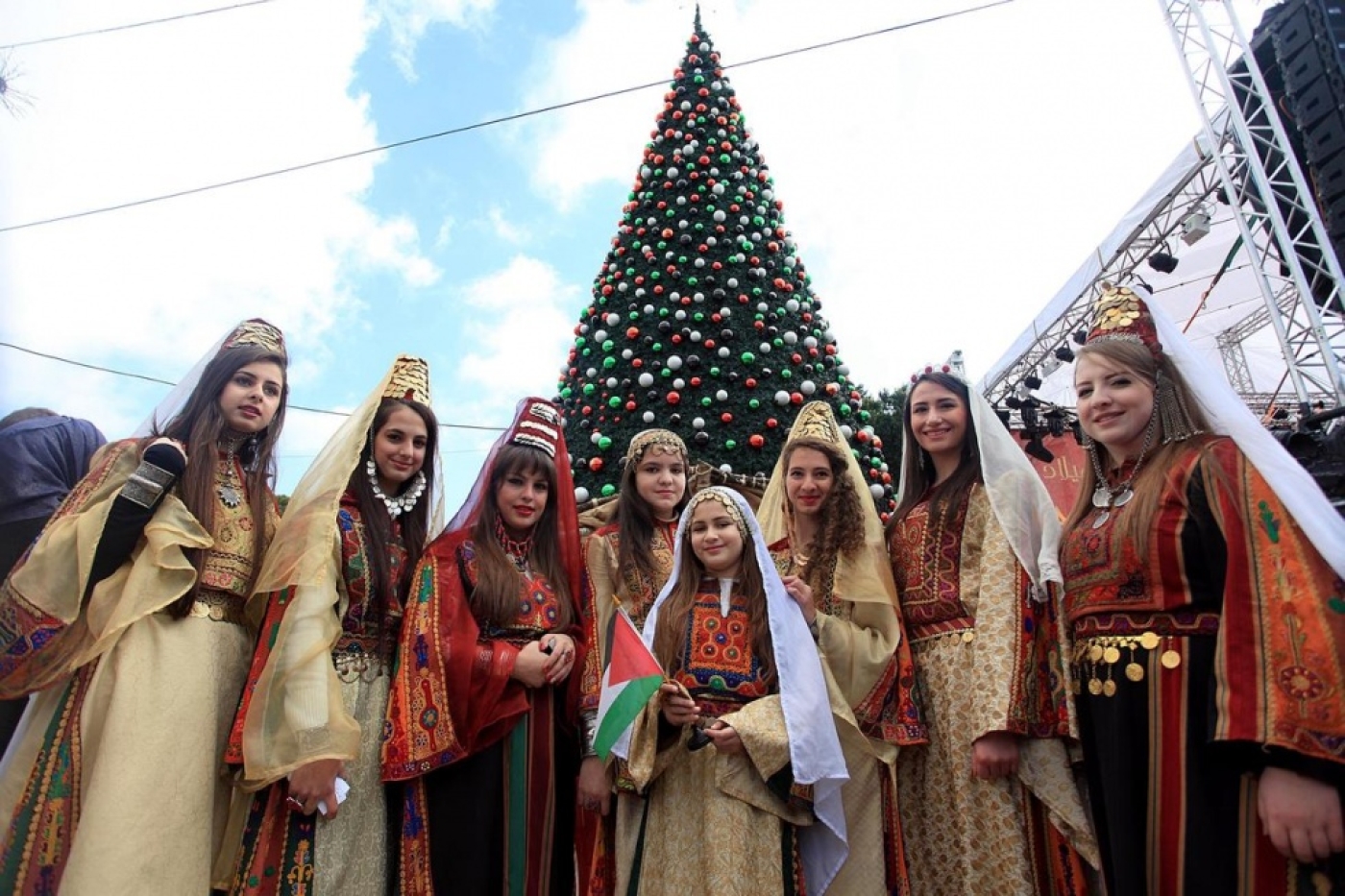 Palestinian girls in traditional clothes pose in front of a Christmas tree at Manger Square in Bethlehem, West Bank on 24 December, 2014 (AA)
By
MEE and agencies

Thousands of Palestinians and Christian pilgrims from around the world flocked to the West Bank city of Bethlehem to celebrate Christmas in the biblical birthplace of Jesus.

"I am here in the holy city to pray and celebrate Christmas in the city where Jesus Christ was born," Elias Bandak, a Palestinian from Bethlehem, told The Anadolu Agency.

He was not happy, however, with the current situation in the city, as Israel has restricted movement between Palestinian cities with a "separation wall" that snakes through the occupied West Bank.

"I'm not happy about having to celebrate Christmas under Israeli occupation, as Jerusalem and Bethlehem – two holy cities – have been cut off from each other [by Israel's separation wall]," Bandak said.

Many Palestinian Christians were unable to reach Bethlehem to attend the Christmas celebrations.

"I want to tell Israel that this is our land and we won't leave it to them," Bandak said. "We don't need a separation wall."

Bethlehem in particular is surrounded by Israel's separation wall, which cuts the city off from the rest of the occupied West Bank.

For centuries, under Ottoman rule, Christmas in Bethlehem had been a major event, said Elias.

"As I heard from my grandfather, Christmas used to be great here, when Palestine was under the Ottoman rule and everybody could move around freely," he said.

Like many Palestinians, Elias wishes for peace in the Palestinian territories.

"I hope one day peace will return to our land," he said.

Many, however, voiced skepticism that peace would ever come to Palestine.

"My Christmas wish is alsofor peace, though I don't think it will ever be achieved here," Palestinian Christian Jumana Benjamin told AA.

"Christmas means peace. But this seems impossible here, where the situation seems to get worse each year," she lamented.

The streets of Bethlehem were decorated with festive lights, while an illuminated Christmas tree took central stage in the city's main square.

Many people dressed up as Santa Claus,distributingcandy to children.

The city was abuzz with activity all day, including folkloric shows, musical performancesand roving bands of boy scouts.

Bands marched through the streets playing bagpipes, a tradition that hearkens back to the days of the British "Mandate"for Palestine from 1920 to 1948.

"I came here with my wife and son to share this joy with my Christian brothers," Omar Habit, a Palestinian Muslim who came from Ramallah to take part in the festivities, told AA.

"It's great spending Christmas in Bethlehem, where Jesus was born," he asserted.

Thousands of Christians gathered inside the Church of the Nativity – built on the site where Jesus is believed to have been born – for a special Christmas Mass.

According to local Palestinian officials, the number of Christian pilgrims and foreign tourists who descended on Bethlehem to celebrate Christmas this year was less than in previous years, due largely to recent tensions between Palestinians and Israel.

Tension has run high in the region since late October, when Israel briefly closed occupied East Jerusalem's flashpoint al-Aqsa Mosque compound after an extremist rabbi was shot and injured by a Palestinian man in West Jerusalem.

"My parents were worried when I decided to spend Christmas in Bethlehem," Jaci, a 34-year-old American tourist, told AA.

"My mother asked me to think twice if I really wanted to come here, considering the recent tension between Palestinians and Israel," she said.

"But I'm here despite my parents' warning," she laughed.

In many Palestinian territories, Christmas was a low-key affair after a July-August Israeli offensive which left nearly 2,200 Gazans – mainly civilians - dead and the tiny enclave in ruins in the third such conflict in six years.

Ahead of the celebrations, the pope voiced concern about the growing persecution of Christians in the Middle East, some of whom he said had been "brutally driven out" of areas where they have lived since New Testament times. 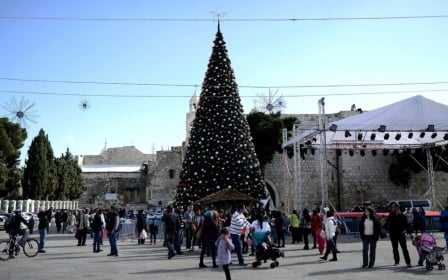 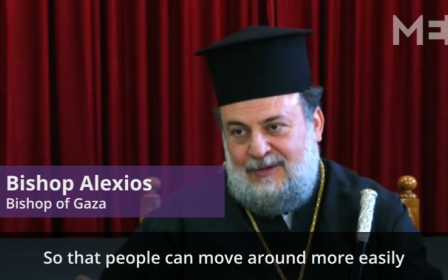 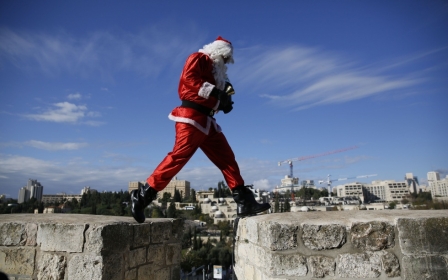