Palestinians furious and fed up with corruption of Abbas's 'mafia' PA 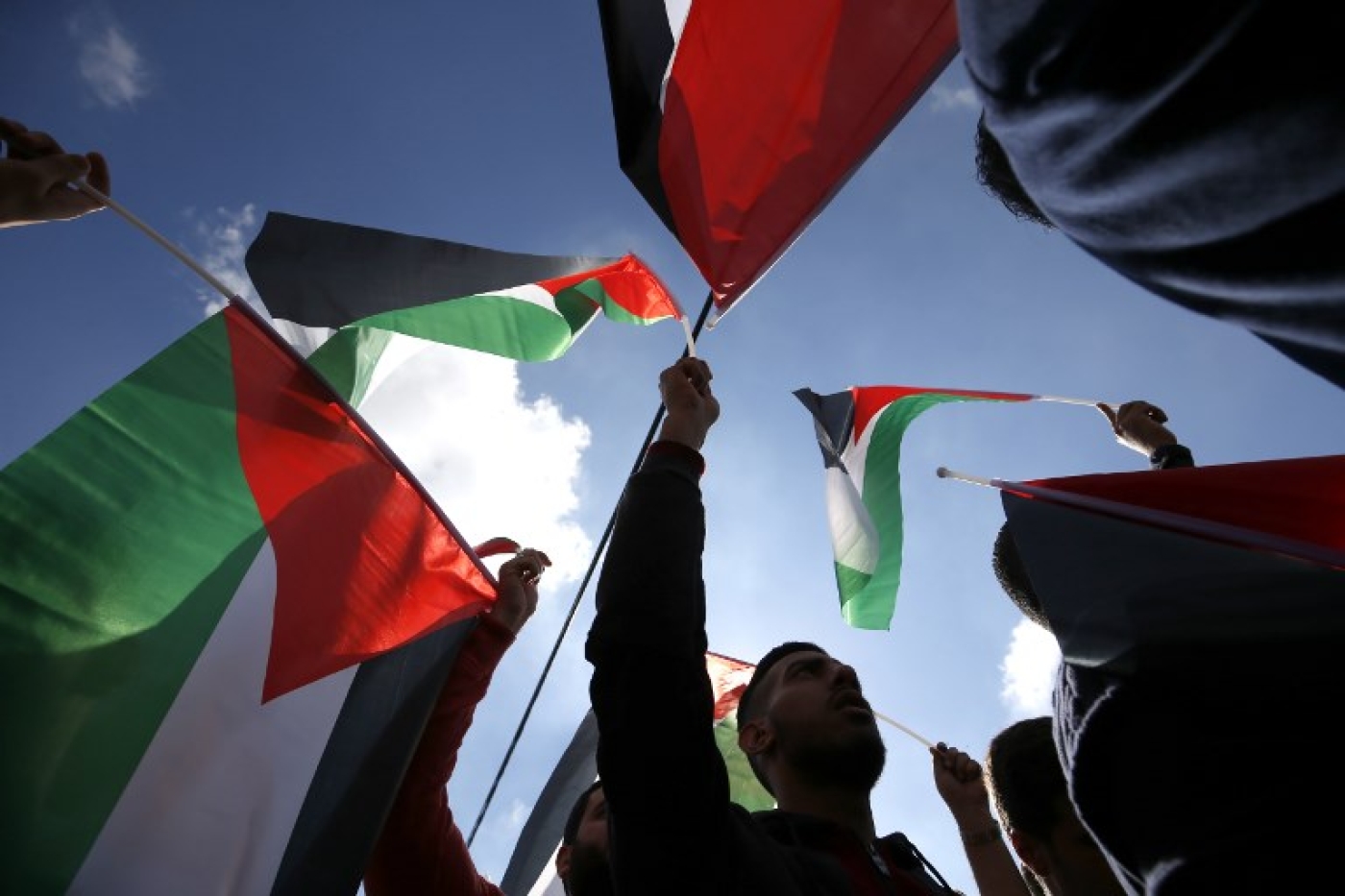 A protest in Ramallah against the PA's proposed social security law in November 2018 (AFP)
By
Megan Giovannetti
in
Ramallah, occupied West Bank

Ali was incredulous. "You call them a government?" he asked. "I call them mafia."

For the 22-year-old Palestinian resident of the southern occupied West Bank city of Hebron, the Palestinian Authority (PA), headed by President Mahmoud Abbas, is a corrupt institution that benefits only an elite few.

"Abu Mazen's [Abbas's nickname] children attend the best schools, the best hospitals, they travel all over the world. They don't care about people in Palestine."

Ali is far from alone. According to a recent public opinion poll published by the Palestinian corruption monitor Aman Coalition, 91 percent of Palestinians surveyed said they do not trust the PA.

Ghassan, a member of the now-dissolved Palestinian Legislative Council (PLC) and the ruling party Fatah, who requested to be referred to by a pseudonym, has worked within the PA for over 20 years.

For him, the political and financial malpractice of the government, such as funneling money into building new embassies abroad rather than building projects within Palestine, have severely eroded the public's trust in the governing body.

Ninety-one percent of Palestinians surveyed say they do not trust the PA, according to recent poll

The resignation of prime minister Rami Hamdallah two weeks ago following the dissolution of the PLC in December has only confirmed this view for many Palestinians. These latest moves are widely viewed as a means to further consolidate power in the hands of Fatah and the president.

Airlines without planes and VAT-free cars

Created in 1994 in the wake of the Oslo Accords, the Palestinian Authority was intended to serve as a transitional governing body for five years until the establishment of a fully fledged Palestinian state, as part of a two-state solution.

A quarter of a century later, Palestinians are no closer to obtaining that state, and the PA has morphed into a bureaucratic giant many feel is more concerned with maintaining its power than advocating for a long-term political solution to the Israeli occupation.

"Most corruption is focused at the top," Isam Haj Hussein, operations director at Aman, told MEE. The priority of the government, he said, is "to invest and control all the resources of the country for the benefit of the party" - Fatah.

Fatah, which has dominated the PA since its inception, uses one tool in particular to gain loyalty, Haj Hussein said: public sector employment.

Political corruption often manifests itself in the creation of positions out of thin air and the appointment of top officials based on loyalty or nepotism rather than merit.

One of the more absurd examples of misused funds for government employment, as Aman's 2017 report indicates, is that of PA-owned Palestinian Airlines.

There hasn't been an operational airport in the occupied Palestinian territory since 2001, when Israel destroyed Gaza International Airport during the Second Intifada.

This spending is unnecessary under occupation. We only have $14 billion [in GDP], we need to spend it carefully - on Palestine itself

The airline apparently resumed operations again in 2012 in Egypt, despite not being recognised by the Egyptian Civil Aviation Authority.

However, the company is still included in Palestine's Ministry of Transportation budget, with no details or transparency.

Haj Hussein said that almost 200 employees of the airline inside the occupied Palestinian territory not only still receive salaries paid for by the PA's finance ministry but have also received raises during the same time period.

Exaggerated or otherwise fictitious positions seem to also come with heavy perks, including salaries upwards of $10,000 a month, according to Aman, and customs exemptions on imported luxury cars.

According to the Aman report, the amount of money lost to customs evasions on luxury cars in 2017 alone - an estimated $357,600 - was "enough to cover the cash programme budget provided by the Ministry of Social Development, which distributes $214 per three-month period to 1,670 needy families".

"This spending is unnecessary under occupation," Ghassan said. "We only have $14 billion [in GDP], we need to spend it carefully - on Palestine itself."

In light of endemic corruption, the recent push for a new government seems to be nothing more than "a perception of political change," said Marwa Fatafta, the Middle East and North Africa director of Transparency International - giving the impression that "something is happening because the discontent of the Palestinian people is super high".

"However, at its very core," she said, "the system is pretty much the same. It's been captured by Fatah, and Fatah is going to continue to dominate the political scene."

"The government is taking advantage of the dissolved parliament," Ghassan said, adding that by "government" he means the ruling party Fatah. "The executive power is getting rid of laws and freedoms and making their own."

Recent protests throughout the West Bank against a proposed social security law that would have included an income tax of between seven and nine percent on private sector employees and employers exemplify the Palestinian people's distrust in their government.

Abbas has since suspended the plan.

"The government hasn't done anything in terms of building new industrial areas, creating new jobs," Ramallah resident Ammar, 28, told MEE. "At the same time, they increase taxes on us, and I'm not seeing a shekel go back to benefit us as a community.

You expect me to give my money to the government when they can’t even keep the soldiers out of Ramallah?

"You expect me to give my money to the government when they can’t even keep the [Israeli] soldiers out of Ramallah?" he laughed.

Haj Hussein agreed with Ammar, noting that "even if you changed the law or changed all the articles we had problems with, the problem is still with the trust".

The proposed law came right after the dissolution of the PLC, Fatafta said. "Just drop[ping] out of nowhere through presidential decree with complete lack of transparency, no consultation".

To Fatafta, ordinary Palestinian citizens are legitimately concerned about giving their money to the government when no one knows what the future is going to look like.

"We're not living in a functioning democracy, let alone a state," she said. "How can you ensure the money you're taking now is going to be returned at some point when you retire?"

The uproar around the proposed social security law happened at the same time as heightened tensions in the West Bank resulting in many military raids in Ramallah, the de facto administrative centre of the PA.

"You have to keep in mind that the PA ... is captive to the Israeli government and the Israeli military," George Giacaman, a professor at Birzeit University and a member of Aman's board of directors, said. "It works within the confines that are placed on it."

"They [the Israeli military] enter, arrest, issue curfews, and so on," Giacaman continued, "so in a way, the PA doesn't even have total control of the area that is called Area A."

Under the Oslo Accords, the occupied West Bank was divided into three zones. Area A, making up some 18 percent of the West Bank, is officially under complete Palestinian Authority control. In Area B, the PA and Israel respectively hold administrative and military control, whereas Area C, constituting some 60 percent of the territory, is exclusively under Israeli military authority.

In practice, however, Israeli forces carry out regular incursions into Area A, and the PA's well-documented security coordination with Israel in all parts of the West Bank has been heavily criticised by the Palestinian public.

"This has been demoralising, not only for the PA - it has undercut its standing and legitimacy in the public," Giacaman said, emphasising the context of the Israeli occupation in understanding Palestinian people's distrust in their government.

The continued confiscation of Palestinian land in the West Bank and the imprisonment of PLC members by Israeli authorities has also undermined the credibility and effectiveness of the PA.

"This is the context in which the PA governs," Giacaman said. "It is an impossible situation."

Ghassan, the former PLC member, said: "The occupation is not a justification for corruption, but it explains why or how corruption happens.

"When you are 'busy' with the occupation, you turn a blind eye to corruption." 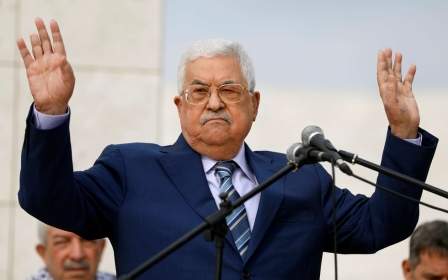 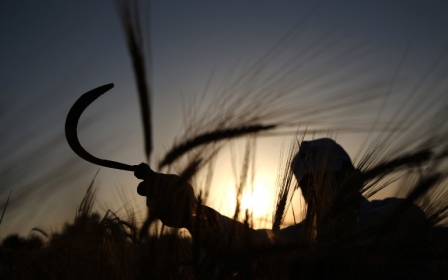 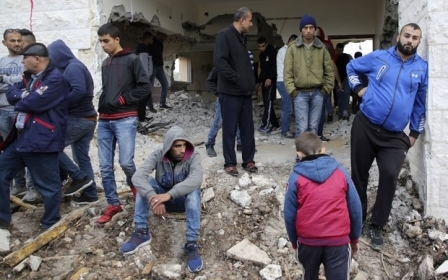 Analysis
After spate of West Bank violence, PA under pressure to stay relevant