Dr Mohammed Mustafa, head of the Palestinian Investment Fund and economic adviser to President Mahmoud Abbas, told MEE: "The Palestinian cause is political and any solution must be political first, and after that we can look into the economic side. By offering this amount of money without a clear, fair and acceptable political plan, it's clear the Americans are trying to replace a political solution with an economic solution, and no Palestinian can accept that."

The Trump administration's $50bn Middle East economic plan calls for the creation of a global investment fund to lift the Palestinian and neighbouring Arab state economies, according to US officials and documents reviewed by Reuters. One proposal is for the construction of a $5bn transportation corridor to connect the West Bank and Gaza. 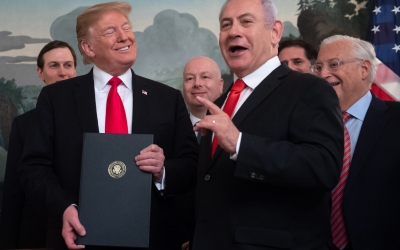 The White House said that the plan’s goal was to more than double the Palestinian gross domestic product, AFP reported.

It added that the initiative had the power to transform the troubled Palestinian economy by creating more than one million jobs - bringing the unemployment rate down to single digits, in line with developed economies - and reducing the poverty rate by 50 percent, AFP said.

Mustafa added that Kushner's plan illustrates "the need and the potential, yes, we need to build the infrastructure, the investment, the tourism sector... but that cannot come before ending the Israeli occupation. How can we build the infrastructure under occupation? How can we develop the tourism sector without having control over our borders and being able to give visas and have free movement in our country? This all is linked with ending the occupation."

Kushner's attempt to decide economic priorities first while initially sidestepping politics also ignores the realities of the conflict, say many experts, according to Haaretz.

"This is completely out of sequence because the Israeli-Palestinian issue is primarily driven by historical wounds and overlapping claims to land and sacred space," said Aaron David Miller, a former Middle East negotiator for Republican and Democratic administrations, as quoted by Haaretz.

Also, in a step likely to outrage Palestinian leaders, the White House said the money would be administered by a multinational development bank as a way to ensure better governance and prevent corruption, AFP reported.

The "peace to prosperity" plan is set to be presented at an international conference in Bahrain next week by Kushner, who told Reuters that Palestinian leaders should consider the initiative.

"This is going to be the 'opportunity of the century' if they have the courage to pursue it," he said.

Still, Ashrawi, a veteran Palestinian negotiator and member of the executive committee of the PLO, said only a political solution that ends Israel's occupation of the Palestinian Territories could solve the conflict. 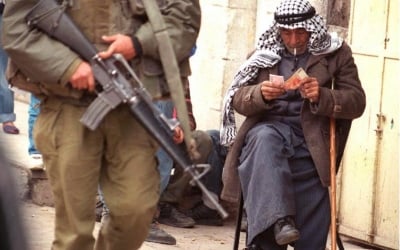 Speaking with Reuters by phone from the West Bank city of Ramallah, she said: "If they really care about the Palestinian economy they should start by lifting the siege of Gaza, stopping Israel stealing our money and our resources and our land and opening up our territorial waters, our air space and our borders so we can freely export and import."

She said the Trump administration's stance was an "entirely wrong approach", adding: "They can end the occupation, which is the most basic requirement for prosperity. There can be no prosperity under occupation."

No Palestinian official belonging to Abbas's PLO and Palestinian Authority will attend the conference in Bahrain. The White House said it decided against inviting the Israeli government because the PA would not be there.

Several Gulf Arab states, including Saudi Arabia, will participate in the 25-26 June US-led gathering in Manama. Their presence, some US officials say privately, appears intended in part to curry favour with Trump as he takes a hard line against Iran, those countries' regional arch-foe.

Still, it remains unclear who would pay the bill for the Peace to Prosperity plan and whether Gulf Arabs - who have increasingly found common cause with Israel amid their mutual hostility towards Iran - would be willing to contribute even before a political settlement, AFP noted.

The economic revival plan would take place only if a political solution to the region's long-running problems were reached.

More than half of the $50bn would be spent in the economically troubled Palestinian territories over 10 years, while the rest would be split between Egypt, Lebanon and Jordan. Some of the projects would be in Egypt’s Sinai peninsula, where investments could benefit Palestinians living in adjacent Gaza, a crowded and impoverished coastal enclave.

The armed Islamist group is the main internal rival to Abbas, whose power base is in the West Bank. Still, both are in rare agreement over the Trump administration.

"We reject the 'deal of the century' and all its dimensions, the economic, the political and the security dimensions," Rudwan told Reuters.

"The issue of our Palestinian people is a nationalistic issue, it is the issue of a people who are seeking to be free from occupation. Palestine isn't for sale, and it is not an issue for bargaining. Palestine is a sacred land and there is no option for the occupation except to leave," he said.