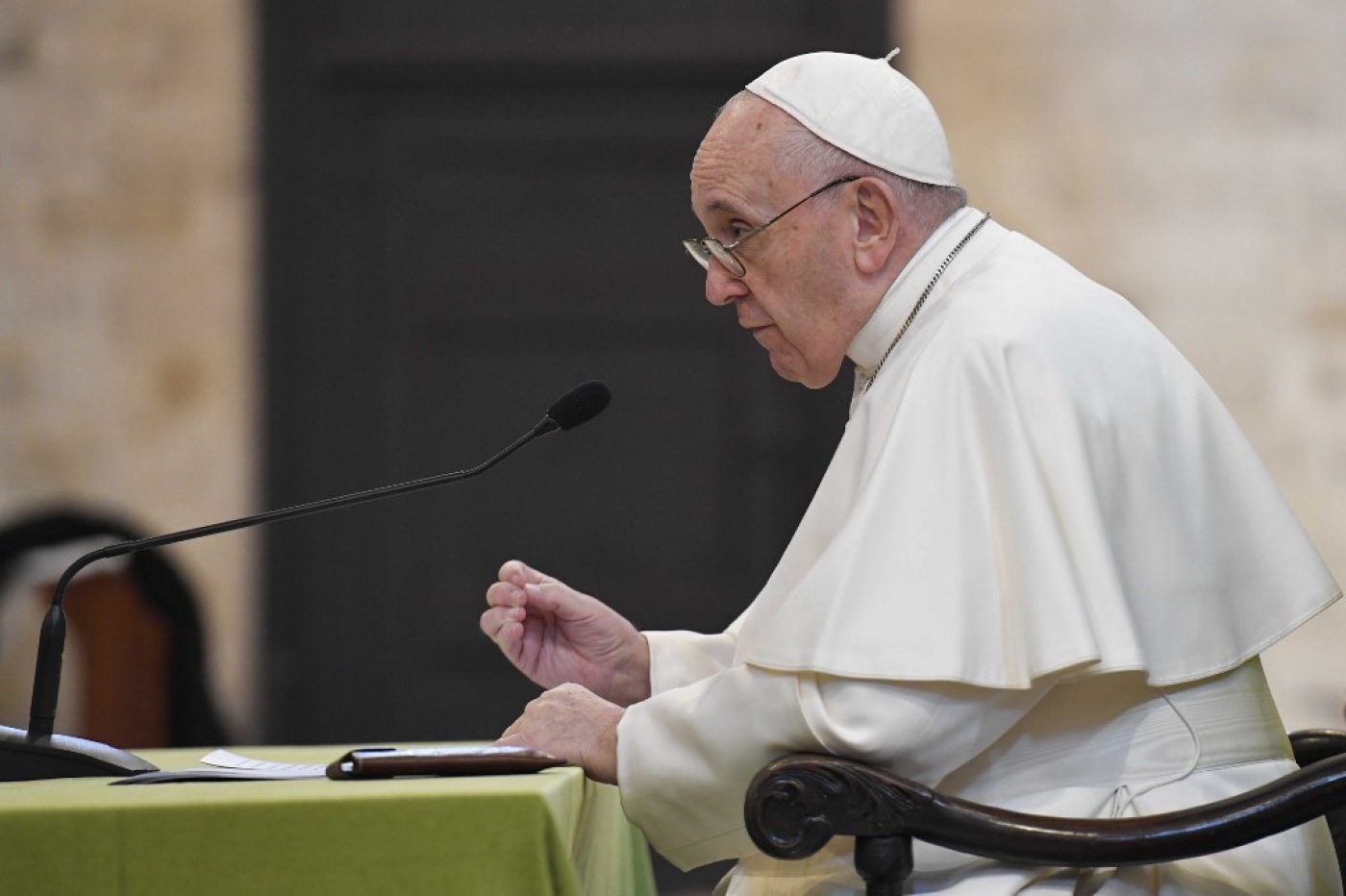 Pope Francis on Sunday criticised "inequitable solutions" to the Palestine-Israel conflict, in his first remarks since the US President Donald Trump announced his controversial Middle East plan last month.

Speaking at a conference of bishops from the Mediterranean in the southern Italian city of Bari, the pope appeared to give a thumbs down to Trump's plan, without naming it.

"The Mediterranean region is currently threatened by outbreaks of instability and conflict, both in the Middle East and different countries of North Africa, as well as between various ethnic, religious or confessional groups," Francis said. 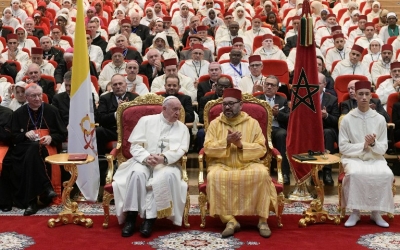 "Nor can we overlook the still unresolved conflict between Israelis and Palestinians, with the danger of inequitable solutions and, hence, a prelude to new crises."

The pope, the spiritual leader of the world's 1.3 billion Roman Catholics, was addressing the gathering entitled "Mediterranean: Frontier of Peace," which sees the participation of some 60 Catholic bishops from 19 nations bordering the Mediterranean.

The participants included Archbishop Pierbattista Pizzaballa, the head of the Latin Patriarchate of Jerusalem, whose jurisdiction includes Israel, the Palestinian territories and Jordan.

It was believed to be the first time Francis, who has often defended both Palestinian rights and Israel's need for security, has spoken in public about the Israeli-Palestinian conflict since Trump announced his proposal on 28 January.

'A myopic grasp of reality'

The 181-page document has been firmly rejected by the Palestinian leadership in both the occupied West Bank and Gaza, who have described it as "a gift" to Israel.

The document contained conceptual maps showing how Israel and a future Palestinian state would appear.

It allows for Israel to cement its full control over Jerusalem and its holy sites, formalise the annexation of much of the occupied West Bank, maintain military control over a fragmented Palestinian state and deny the right of return to refugees who were forced to flee their homes in what became the state of Israel in 1948.

The pope expressed concern in 2018 when the United States announced the moving of its embassy from Tel Aviv to Jerusalem, saying the city's "status quo" should be respected.

Francis has called for all to honour UN resolutions on the city.

"There is no reasonable alternative to peace, because every attempt at exploitation or supremacy demeans both its author and its target. It shows a myopic grasp of reality, since it can offer no future to either of the two," Francis said, speaking in general about the Middle East. 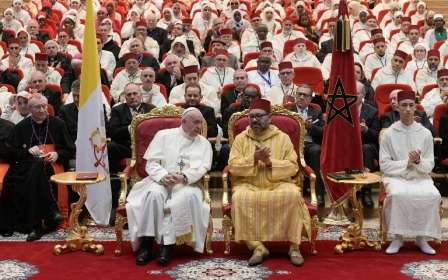