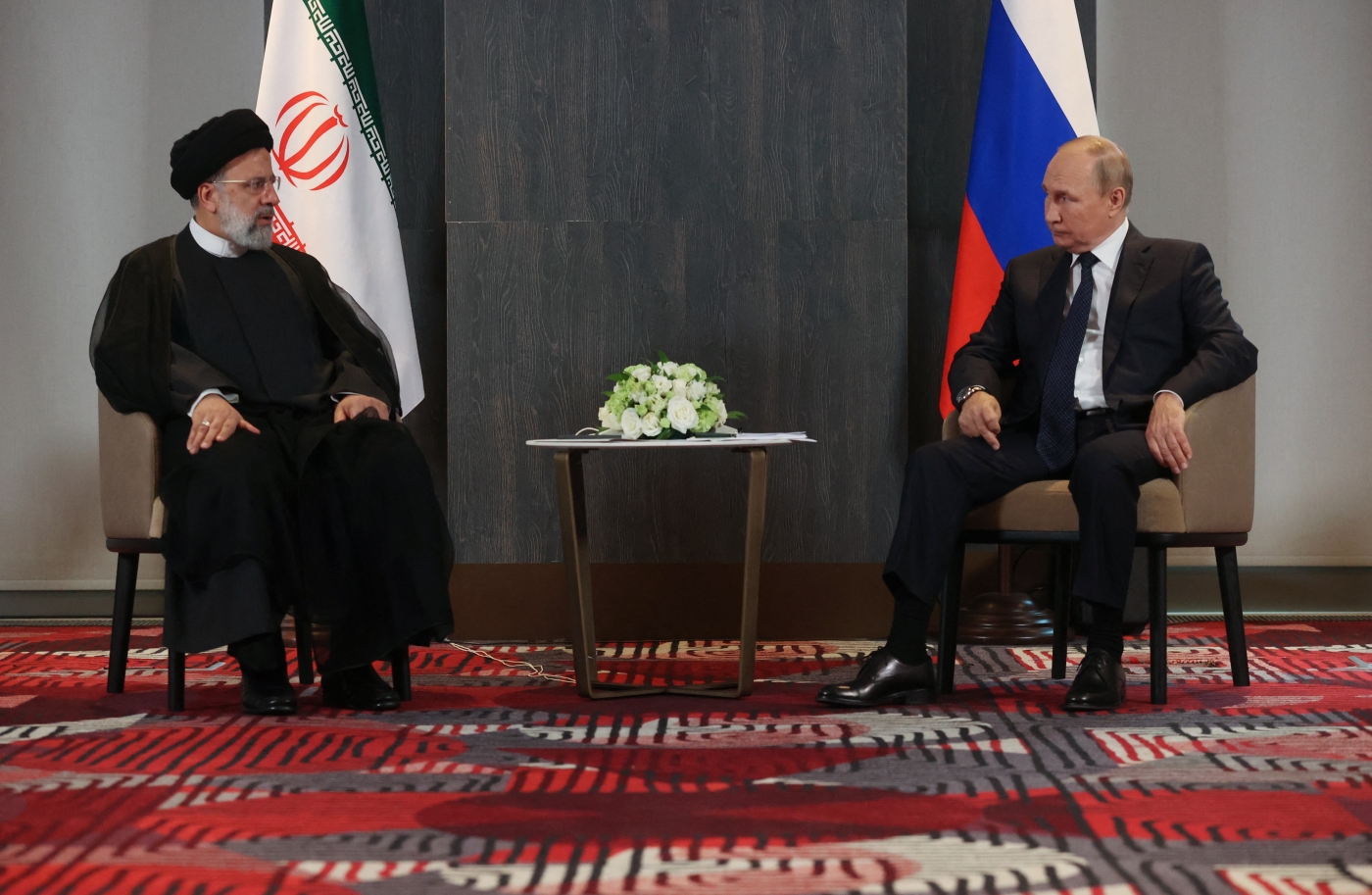 Russian President Vladimir Putin meets with his Iranian counterpart Ebrahim Raisi on the sidelines of the Shanghai Cooperation Organisation (SCO) leaders' summit in Samarkand on September 15, 2022 (AFP).
By
MEE staff

Russia is accelerating Iran's bid to become a full member of the Shanghai Cooperation Organisation (SCO), a central Asian security bloc dominated by Moscow and Beijing, and designed as a counterweight to Western influence in the region.

"We are doing everything to make Iran a full member of the Shanghai Cooperation Organisation," Russian President Vladimir Putin said on Thursday in Uzbekistan during a meeting with his Iranian counterpart, Ebrahim Raisi.

Iran applied for membership in 2008 and is one of four observer states in the SCO. Last year, the security body approved Iran's application for accession, overcoming concerns about letting a country under UN and US sanctions into the group. 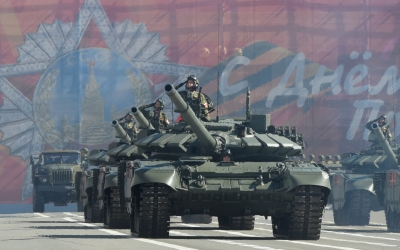 Grigory Logvinov, deputy secretary-general of the organisation, told Russian state TV that Iran would now be able to take part in the bloc's meetings, although it is still some way from achieving full membership.

The move is the latest sign of Russia and Iran inching closer to each other. For years, Moscow has been able to trumpet its larger size, economic ties to the West and sophisticated defence industry as advantages over its historic and more isolated partner.

However, following the invasion of Ukraine, Russia has become more isolated in the West. Its defence industry, long a source of pride for leaders in Moscow, has been hamstrung by Western sanctions and battlefield losses.

Russia has since turned to Iran for assistance in acquiring armed drones and sidestepping Western sanctions. On Thursday, Putin said a delegation of 80 large companies would visit Iran next week.

For its part, Iran has welcomed the growing proximity of Moscow, particularly as it finds itself more isolated in the West with the near-collapse of talks to revive the 2015 nuclear deal.

Speaking alongside Putin on Thursday, Iran's Raisi said cooperation between the two US-sanctioned countries would be beneficial to both. 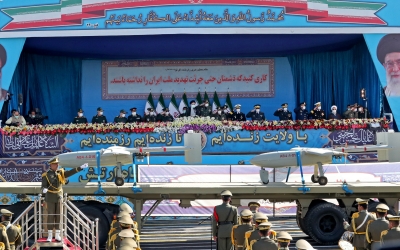 "The relationship between countries that are sanctioned by the US, such as Iran, Russia or other countries, can overcome many problems and issues and make them stronger," Raisi said.

"The Americans think whichever country they impose sanctions on, it will be stopped; their perception is a wrong one."

Raisi added that his country was "seriously determined to develop bilateral strategic relations" with Russia in the fields of politics, economy, trade, and aerospace.

Many business and political leaders in Iran expected to benefit from Russia’s invasion of Ukraine, with a rise in oil and commodity prices.

Yet Russia has been forced to slash prices for its goods as it contends with Western sanctions, meaning that even as Tehran and Moscow align closer in the political realm, they have been forced to compete with each other in markets such as China and Central Asia. 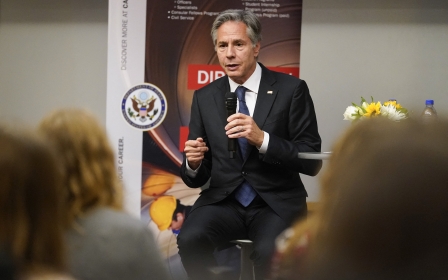 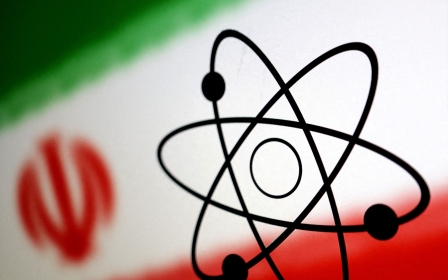 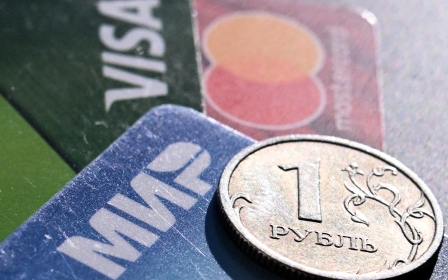