With Europe halting Russian gas, Egypt aims to fill the supply gap and recoup losses from downfall in Russian tourists 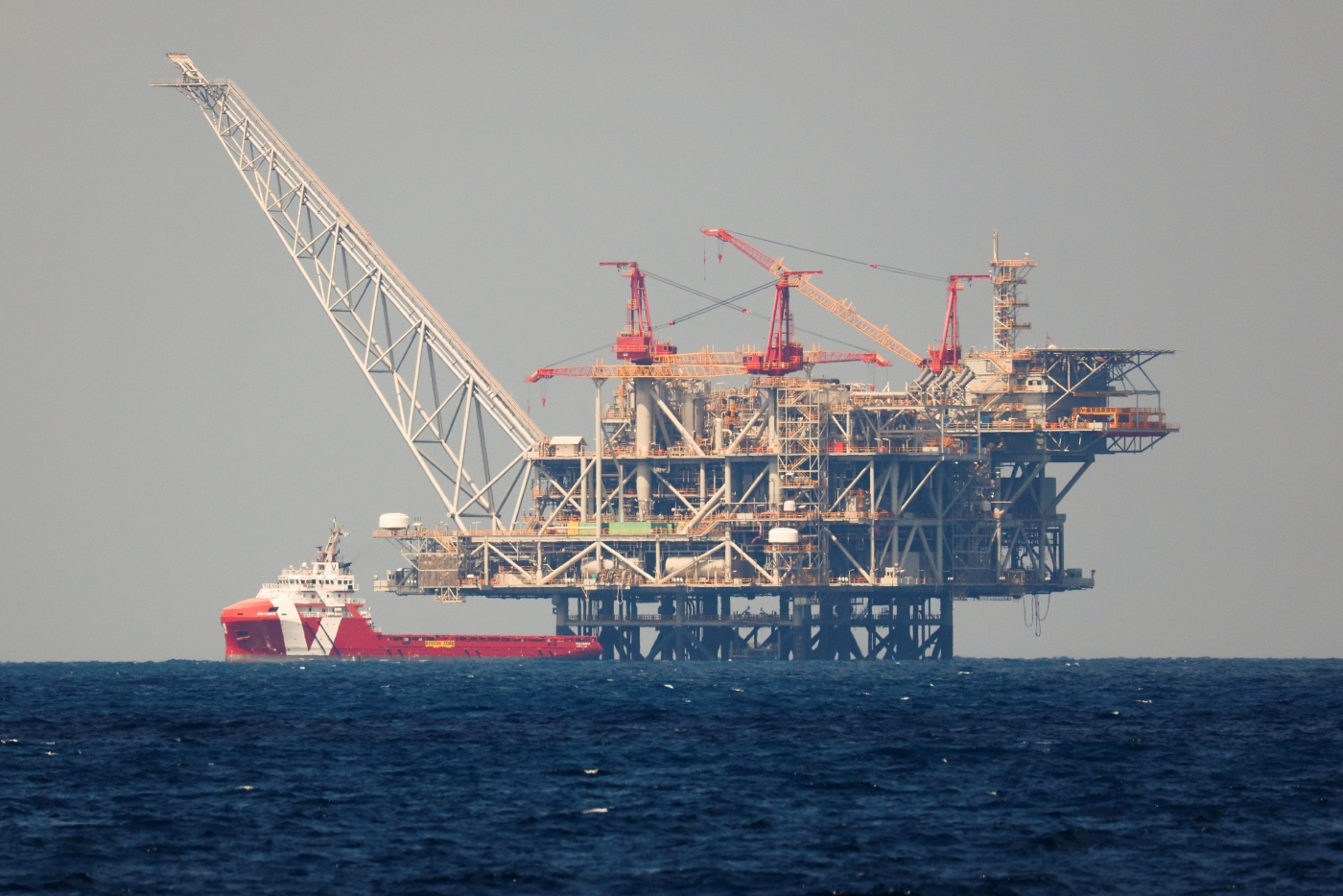 Leviathan gas field in the Mediterranean, off the coast of Haifa, Israel, 9 June 2021 (Reuters)
By
Amr Emam
in
Cairo

Egyptian petroleum and gas experts, closely following the ongoing Russian invasion of Ukraine and the possible disruption of Russian gas supplies to Europe, have expressed hopes that the situation will create more demand for Egyptian gas in Europe.

The anticipated rise in demand, they say, can compensate for some of the losses Egypt will incur because of the war, including a higher price for wheat imports and the loss of millions of tourists from Russia and Ukraine. Israel and Turkey used intelligence to grow closer. The prize could be a gas pipeline
Read More »

Egypt reached self-sufficiency in gas in 2019, having been a net importer for many years beforehand. Since then, it has been desperate to increase its liquefied natural gas (LNG) exports, especially to Europe, to bring in much-needed foreign currency to finance its ambitious development projects and feed its growing population.

Europe depends on Russia for a sizeable amount of its gas. The US has already banned Russian gas imports and the EU has said it will switch to alternative supplies and expand clean energy faster to fill the shortfall.

Even before these bans, Russia's exclusion from the Society for Worldwide Interbank Financial Telecommunication (Swift) threatened to sever financial dealings between Russian and western banks, making it difficult for western states to pay for Russian gas imports.

Russia's ambassador to Cairo, Georgy Borisenko, told a local newspaper in late February that his country would have to suspend its gas exports to western European countries if they failed to pay for their supplies. This will force Europe to search for alternatives to Russian gas, analysts said.

Egypt has been working to become an energy hub, capitalising on the major gas finds it has made in recent years and the huge amounts of gas in the Eastern Mediterranean region. It has two major liquefaction facilities for processing gas produced in regional states and re-exporting it to foreign markets.

Egypt has already signed a series of deals to import gas from regional states, including Israel. This gas is processed in liquefaction plants in Idku and Damietta, northern Egypt, then sent to the international market. The two plants produce 12.2 million tonnes of LNG per year.

"The gas import deals the government signed with regional states benefit all parties involved," Khaled al-Shafie, head of local think tank Capital Center for Economic Studies and Research, told MEE. "The profits Egypt makes from processing the gas and then re-exporting it to other countries are great."

Egypt has already started sending this gas to European states, selling it on the spot market.

LNG exports in 2021 amounted to 5m tonnes, mostly to markets in Asia and Europe.

Egypt hopes to raise its exports to 7.5m tonnes by June, the country's minister of petroleum said. Apart from bringing in billions of dollars in revenues, this will fulfil Egypt's dream of becoming an energy hub.

Local experts say that Egypt can be a viable gas import option for Europe as it strives to reduce reliance on Russian gas.

"Egypt is well placed to fill in some of the supply gaps in Europe," independent oil and gas expert Ramadan Abul Ela told MEE. "We have sufficient production surpluses to play a role in this regard."

Egypt produces 6.7bn cubic feet of natural gas every day, which makes it the world's 13th largest producer and the region's fifth largest. Egyptians consume 65 percent of their country's production, with the remaining 35 percent available for export.

Former petroleum minister Osama Kamal said Egypt would not face any obstacles in sending the gas to European countries. However, Egyptian analyst Ahmed Fouad pointed to several, including a lack of necessary infrastructure. Egypt, he said, exports LNG, whereas most European countries only have infrastructure to receive piped natural gas (PNG).

"Such heavy dependence on PNG imports calls into question whether these countries lack the necessary infrastructure to switch to LNG use," he wrote in a research paper.

He referred to other obstacles, including Egypt's commitment to export part of its gas to China and Arab countries, including Lebanon. 'A holiday for the state of Israel': Israeli gas begins pumping to Egypt
Read More »

The [Russia-Ukraine] conflict, he said, would negatively affect Egypt when it comes to the price of wheat and tourist arrivals.

"However, these losses can be compensated by increasing LNG exports to Europe," Saad told a local television channel.

The liquefaction plants in Idku and Damietta are reportedly operating at full capacity to increase the amount of gas processed.

Egypt imports 450m cubic feet of gas from Israel every day, and aims to raise this to 600-650m per day. According to Saad, Cairo is also working to sign agreements with Greece and Cyprus for gas imports by linking Greek and Cypriot fields with Egyptian liquefaction facilities.

The aforementioned gas finds off the Egyptian coast have brought the gas sector to the centre of the Egyptian economy. The government has also earmarked billions of dollars for the modernisation of the sector.

The potential growth in demand for gas against the background of the Russian invasion of Ukraine would make the national gas sector more appealing to foreign investors, specialists said.

"The rise in demand for gas will necessarily increase the ability of the local gas sector to attract more foreign investments," said Hafez, the former deputy head of the General Petroleum Authority. In the past few years, Egypt has signed dozens of gas exploration deals with international companies. Growing demand, experts said, would prompt even more companies to invest in Egypt.

The crisis in Ukraine has already sent Egypt scrambling for new wheat suppliers, given its heavy dependence on wheat from both Russia and Ukraine.

The Supply Commodities Authority, the national wheat buyer, has cancelled some wheat tenders because of an insufficient number of supply bids.

Egypt's wheat reserves can meet the demands of its people until the end of this year.

The Egyptian tourism sector is also heavily dependent on tourists from Russia and Ukraine, as they comprise almost a third of all arrivals.

"High demand is causing the price of gas to rise in the international market," al-Shafie said. "This means that Egypt can partially compensate the losses it will sustain because of the war by raising the amount of gas it exports to other countries." 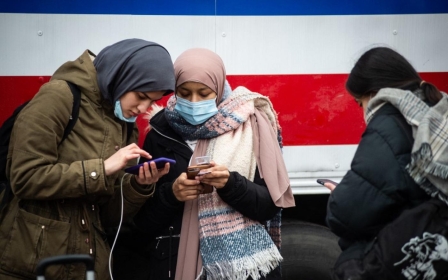