'EU must use this opportunity to ask tough questions of Saudi Arabian authorities on their human rights abuses, and not let them whitewash their atrocious record,' says rights group 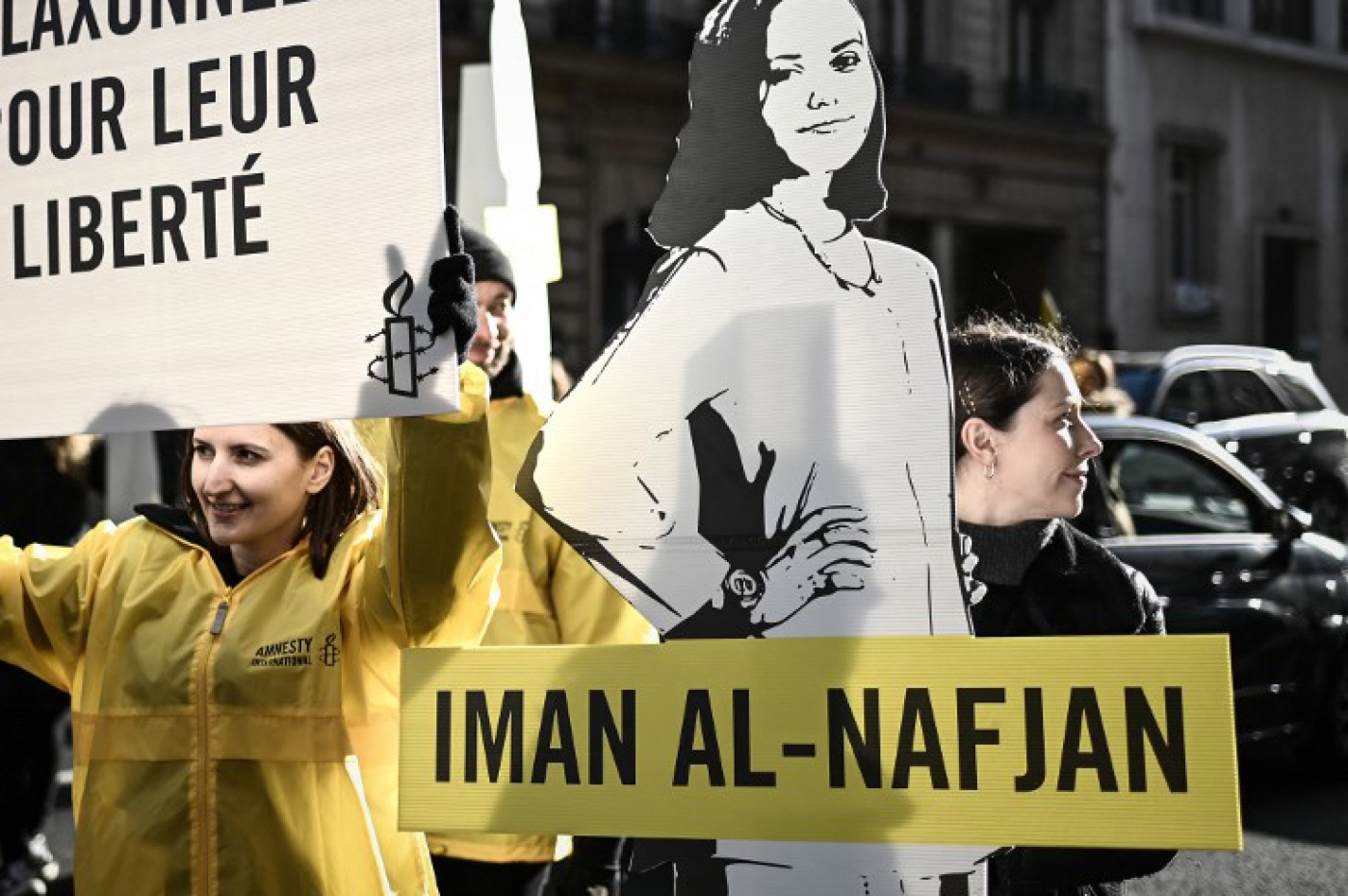 People hold a cutout of an incarcerated woman and a sign reading, "Honk for women's rights" during a demonstration organised by Amnesty International outside the Saudi embassy in Paris, 8 March 2019 (AFP)
By
MEE staff

Amnesty International has called on European Union (EU) leaders to hold Saudi Arabia accountable over human rights abuses, ahead of the first EU-Saudi meeting on Monday.

In a statement, the rights group urged the EU to draw attention to the crucial role of Saudi civil society and their struggle against arbitrary detentions, prosecutions and other forms of oppression that impede their human rights work and violate fundamental rights.

"The EU must use this opportunity to ask tough questions of Saudi Arabian authorities on their human rights abuses, and not let them whitewash their atrocious record," said Eve Geddie, director of Amnesty International's EU office.

"The EU needs to publicly speak out for human rights defenders and against the government's crackdown on freedom of expression in Saudi Arabia."

Saudi Arabia has been labelled one of the world's worst rights abusers by the Human Rights Measurement Initiative, as it continues to detain rights advocates, repress peaceful activism and carry out the death penalty.

It is one of the few remaining countries in the world to carry out capital punishment by beheading, including for homosexuality and drug crimes.

Amnesty has previously called out the EU for prioritising its close relationship with Riyadh, given its economic and geostrategic importance to Europe.

The advocacy group said Europe was putting aside issues which "highlighted a glaring inconsistency" and undermines its global human rights policies.

"Human rights defenders arbitrarily detained simply for exercising their right to freedom of expression in Saudi Arabia must all be immediately freed, and the EU must be robust in its defence of these brave individuals who are defending the rights of everybody in Saudi Arabia," Geddie said.

Since becoming Crown Prince, Mohammed Bin Salman - also known as MBS - has attempted to change the international image of the ultra-conservative kingdom, but has also intensified a crackdown on human rights activists and political dissidents.

Sports and entertainment events have formed part of the kingdom's Vision 2030 strategy to diversify the economy and improve its international reputation, with the kingdom playing host to several international sporting events, including wrestling, football and world heavyweight boxing.

Earlier this year, the kingdom provisionally released feminist activist Loujain al-Hathloul, who was arrested in May 2018 with around a dozen other women activists - weeks before the lifting of the driving ban.

During her incarceration, her family said she was subjected to torture and sexual abuse. Despite being released, she is banned from travelling or giving media interviews and is on a three-year probation period.

Also among those caught up in the crackdown are former Crown Prince Mohammed bin Nayef and Prince Ahmed bin Abdulaziz, King Salman's brother.

The Saudi embassy in Washington did not respond to MEE's request for comment by the time of publication. 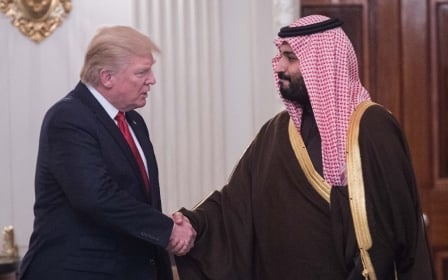