The US State Department said on Thursday it was offering a reward of up to $1 million for information leading "to the identification or location in any country" of Hamza, seeing him as an emerging face in his father's organisation.

The location of Hamza bin Laden has been the subject of speculation for years with reports of him living in Pakistan, Afghanistan, Syria or under house arrest in Iran.

"Hamza bin Laden is the son of deceased former AQ leader Osama bin Laden and is emerging as a leader in the AQ franchise," a State Department statement said, referring to al-Qaeda.

Osama bin Laden, scion of the wealthy Saudi bin Laden family, was stripped of his citizenship in 1994 by King Fahd. 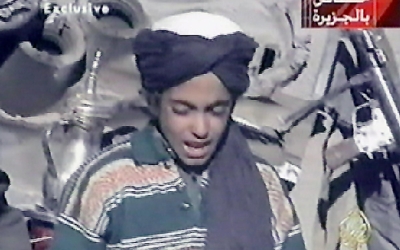 Bin Laden, who according to the United States is around 30, has threatened attacks against the US to avenge the 2011 killing of his father, who was living in hiding in the Pakistani garrison town of Abbottabad, by US special forces.

Letters from Osama bin Laden seized from his compound indicated that he had been training Hamza, thought to be his favourite son, to replace him as leader of al-Qaeda.

In 2015, bin Laden released an audio message urging radical fighters in Syria to unite, claiming that the fight in the war-torn country paves the way to "liberating Palestine."

In a message a year later, following in the footsteps of his father, he urged the overthrow of the leadership in their native Saudi Arabia, the AFP news agency reported.

Osama bin Laden's three surviving wives and his children were allowed to return to Saudi Arabia after his killing.

But bin Laden's whereabouts have been a matter of dispute. He is believed to have spent years along with his mother in Iran, despite al-Qaeda's strident denunciations of the Shia branch of Islam that dominates the country.

Observers say Tehran kept him under house arrest as a way to maintain pressure on rival Saudi Arabia as well as on al-Qaeda, dissuading the group from attacking Iran.

One of bin Laden's half-brothers told The Guardian newspaper last year that Hamza's whereabouts were unknown, but that he may be in Afghanistan.

He also said that bin Laden married the daughter of Mohammed Atta, the lead hijacker in al-Qaeda's 11 September, 2001 attacks on the US that killed some 3,000 people and sparked the US intervention in Afghanistan. 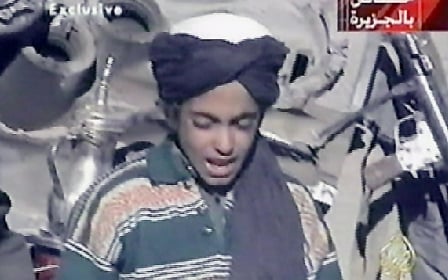