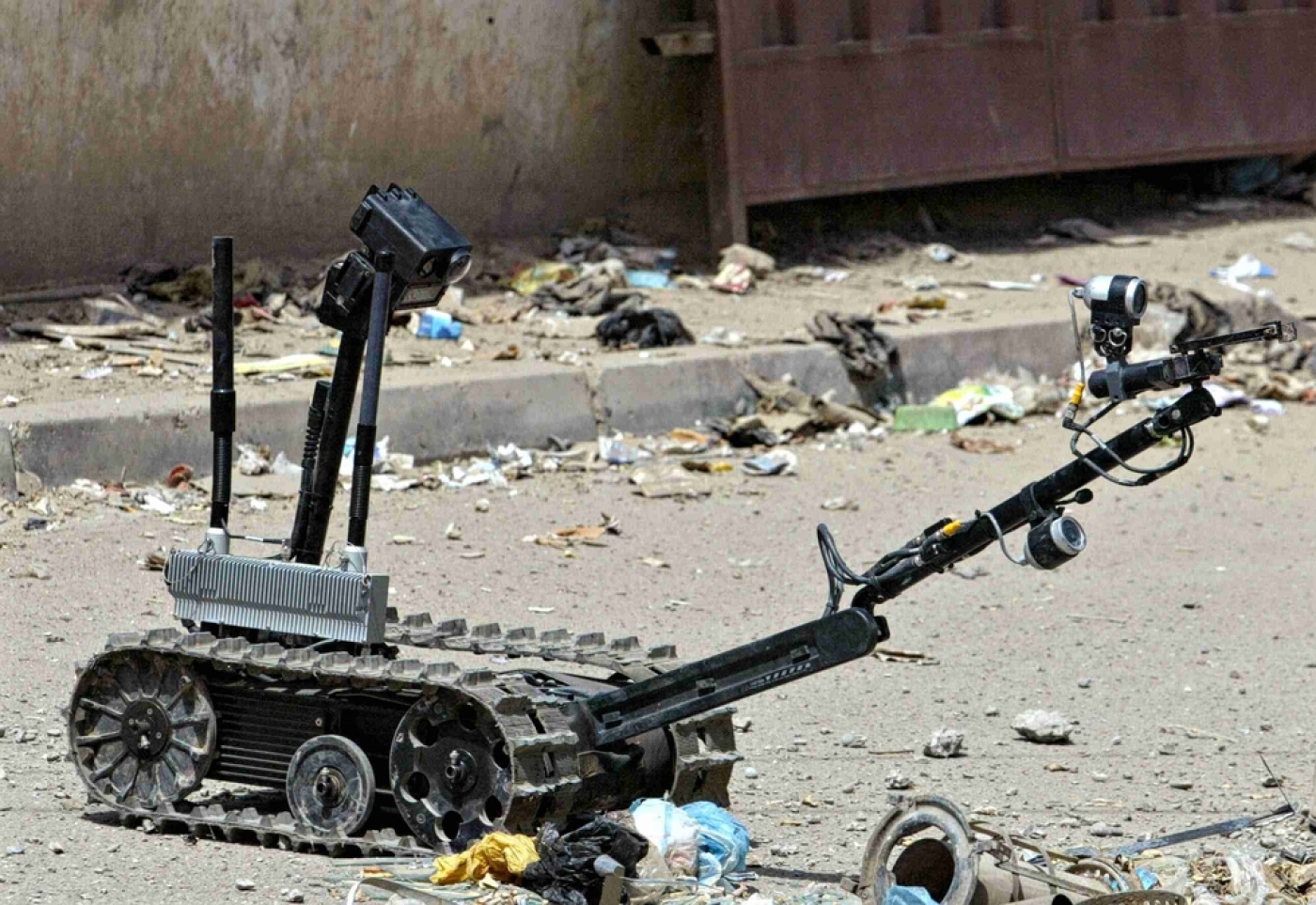 Fingerprint material taken from improvised explosive devices (IEDs) in Middle Eastern war zones has been distributed to European border agencies, Interpol officials have revealed, and was used to exclude suspects from the London 2012 Olympic Games.

But privacy groups and academics warn that such data can be "very flawed", urging caution in the way the biometric information of asylum seekers is used.

Royce Walters, deputy director of the Washington DC detail of the international crime-fighting agency Interpol, said US and UK forces had collected "thousands" of fingerprints from the adhesive tape used on the inside of IEDs. That information was then used to prevent suspects from attending events including the 2012 Olympic Games in London.

Walters was speaking in Budapest last week at a global forum organised by Borderpol, an international border agency which is sponsored by private security companies.

Fingerprint information was shared with Germany last year, Walters told delegates, and attracted "three hits" among people who attempted to enter the country to seek asylum.

Walters did not clarify what happened to the people whose fingerprints had triggered the system. The German police have yet to reply to a request from Middle East Eye for further information.

Tony Smith, former director general of the UK Border Force who also headed up security for the London Olympics in 2012, told the conference the fingerprint information had previously been used to verify people who attempted to attend the event.

"Some people did not get anywhere near our Olympic Games because of that capability," he said.

Smith - now managing director of Fortinus Global, a border security consultancy - said that this capability was little known about, even among national border agencies.

"If somebody is trying to get into your country and you find out that their fingerprint was on some duct tape on an IED in Afghanistan several years ago, you might want to think twice about admitting them into your country," Smith told delegates.

Rights groups: Evidence can be flawed

The Refugee Convention of 1951, which remains a cornerstone of international refugee law, says that states must refuse refugee status for those suspected of committing serious crimes.

But applicants who are excluded on these grounds must not be returned to countries where they may face threat of serious harm.

'It seriously undermines the right of asylum seekers to seek international protection, as well as the presumption of their innocence'

Niovi Vavoula, a research assistant in immigration and criminal law at Queen Mary University of London, said it is "highly unlikely" that EU data protection rights can be protected when fingerprints are transmitted "in bulk to border control authorities" in this way.

Vavoula also warned that "latent fingerprints" - prints that are invisible to the naked eye and are left by trace amounts of oil on the fingers - are "generally more prone to generating false matches".

"This is a practice that needs to be reconsidered - it seriously undermines the right of asylum seekers to seek international protection, as well as the presumption of their innocence."

Privacy International, a human rights watchdog that monitors government intrusion, told MEE it had concerns about the quality of evidence lifted from explosive devices in the past. It said it was "deeply troubled" by the use of asylum seekers' biometric data for law enforcement purposes.

"Asylum seekers are obliged to provide highly personal biometric data as part of the asylum process, a practice that is already concerning," Alexandrine Pirlot de Corbion, advocacy officer at Privacy International, told MEE. "So it is deeply troubling that this data is then being used for law enforcement purposes too."

She added that the failure to protect the privacy of asylum seekers who are already in a vulnerable position may subject them to further risks and threats to their freedom and dignity.

"Let’s be clear, this kind of evidence can be very flawed," she said. "This exact scenario arose in the case of Brandon Mayfield after the Madrid bombings - a partial fingerprint found on a device there was linked to him even though he had never been in the country.

"Fortunately, he was in his own country and had the full protection of the law there. This is among the many luxuries that asylum seekers do not have.”

In comments posted below this article, Smith said: "The use of biometrics is an increasingly important factor in maintaining global security. Terrorists are renowned for using false identities to defeat border controls.

"Those with nothing to hide have nothing to fear by providing biometrics to cross borders."

Migration
'They pretend to save lives': Europe's refugee surveillance in the Mediterranean leaves migrants to their fate
Borders
The Spanish Civil War's forgotten Arab Republicans
Inside Morocco
Protests in border town after Algeria expels Moroccan farmers from their land