During a press conference in Jerusalem, Christian leaders present video footage from Saint Joseph's Hospital filmed prior to Abu Akleh's funeral procession, on 16 May 2022 (AFP)
By
MEE staff

Newly released footage from last week's funeral for slain Al Jazeera journalist Shireen Abu Akleh purported to show dozens of Israeli police officers rushing into a hospital prior to the procession, hitting and shoving people inside, including patients, and firing from the grounds of the medical centre.

The video clips, security footage from inside East Jerusalem's Saint Joseph's Hospital, were presented during a press conference by local Vatican-affiliated Christian leaders, where they condemned the conduct of Israeli forces, Israeli media reported.

One clip showed officers shoving a man on crutches to the ground as they ran through the hospital, leading to the victim getting trampled in the chaotic scene.

In another video, an officer is seen telling the crowd that the procession would not commence until the crowd stopped "nationalistic" chants.

The church leaders said they were weighing possible action against the police in both Israeli and international legal forums, and added that they are consulting with the Vatican on whether to involve more senior, political figures in the Catholic Church.

The Latin Patriarch Pierbattista Pizzaballa in Jerusalem condemned "Israel's police invasion and disproportionate use of force" at the hospital where her body was being held. He also criticised the police for "attacking mourners, striking them with batons, using smoke grenades [and] shooting rubber bullets".

The footage comes as Israeli police are being globally censured for scenes at last Friday's funeral where officers beat mourners as they carried Abu Akleh's casket outside the hospital, nearly causing it to fall to the ground.

Israeli police have claimed that a mob of "300 rioters" had seized the casket at the hospital as justification for its conduct, but Abu Akleh's brother denied this in an interview with The Times of Israel on Sunday. Abu Akleh, a Palestinian American and a 25-year veteran of Al Jazeera Arabic, was killed last Wednesday while covering an Israeli military raid in the Jenin refugee camp in the occupied West Bank.

Israel initially said that Palestinian gunmen may have been responsible for the death, but then backtracked on its statement, saying it is still unclear what transpired. Eyewitnesses, including MEE correspondent Shatha Hanaysha, said that Abu Akleh had come under Israeli sniper fire.

While Israel is in the middle of conducting its internal investigation, a number of research and human rights groups have launched their own probes.

Bellingcat, a Dutch-based international consortium of researchers, published an analysis of video and audio evidence gathered on social media and concluded that it was likely Israeli forces that killed Abu Akleh.

The material came from both Palestinian and Israeli military sources, and the analysis looked at such factors as timestamps, the locations of the videos, shadows, and forensic audio analysis of gunshots.

"Based on what we were able to review, Israeli forces were in the closest position and had the clearest line of sight to Abu Akleh," said Giancarlo Fiorella, the lead researcher of the analysis. 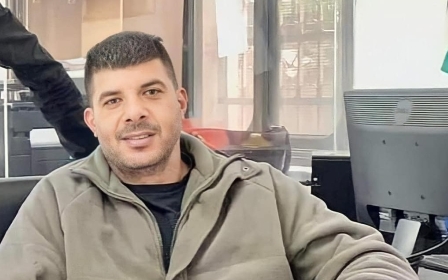