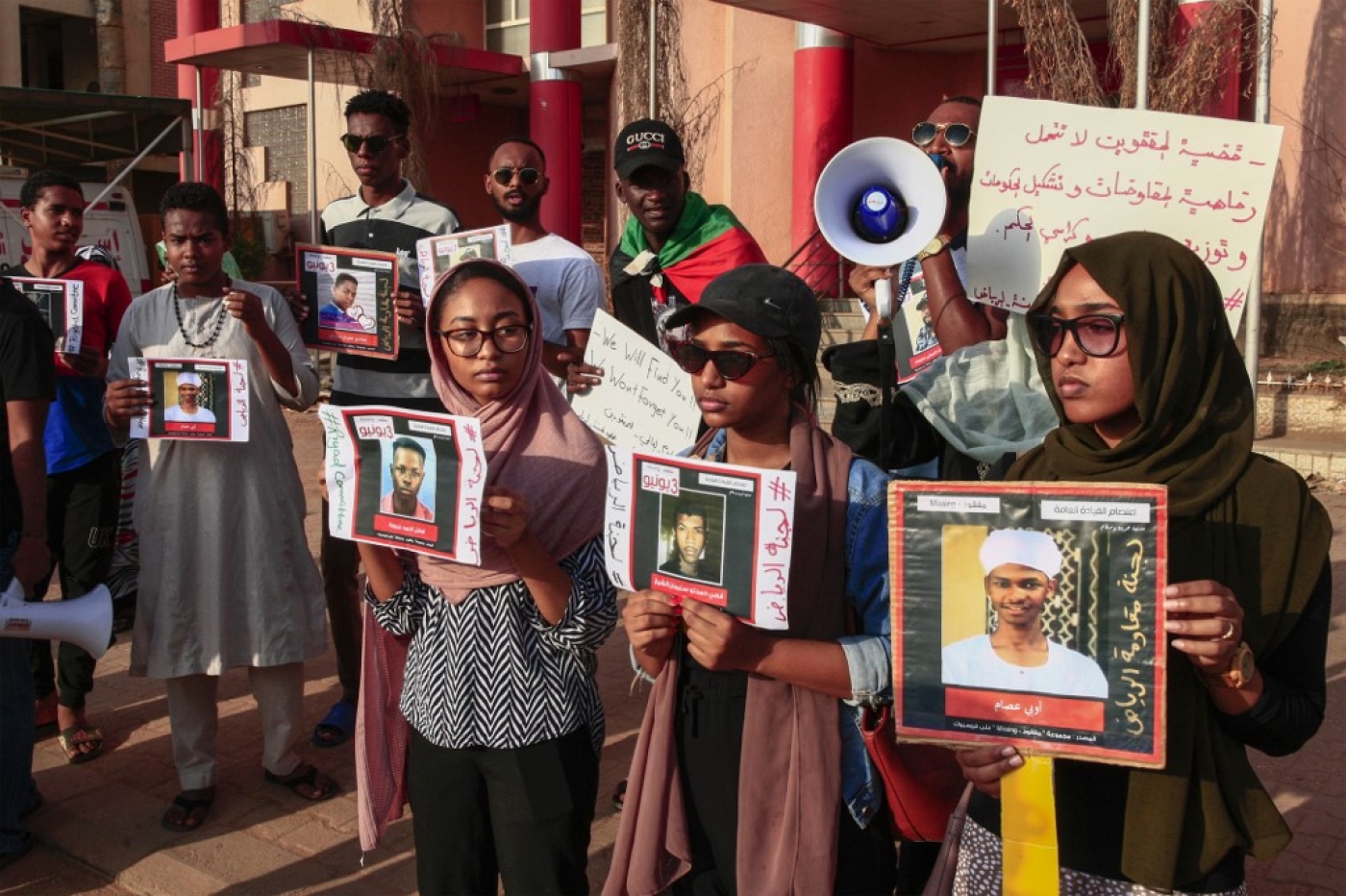 Hundreds of Sudanese protesters have marched through the capital Khartoum on Saturday to demand justice for people killed during a months-long protest movement that led to the downfall of three-decade ruler Omar al-Bashir.

In a week when protesters celebrated the repeal of a draconian public order and the dissolution of Bashir's former ruling party, calls were renewed to demand justice for the hundreds of protesters estimated killed under his watch and by the military council that replaced him.

The transitional government formed as part of a power-sharing deal between the military and civilians has ordered an investigation into those killed, especially during a 3 June attack on a peaceful sit-in outside the military's headquarters, but concerns have been raised about whether it will deliver on protester demands.

"30 November [Millioniya] Processions Demand: The immediate resolution of the missing persons issue. The rights of martyrs [for justice]. Trial of the symbols of the old regime. Solve the problem of non-control at state levels." https://t.co/OpB5DcEGfJ

A crowd of men and women marched from a central Khartoum square to Prime Minister Abdalla Hamdok's offices, demanding authorities deliver justice for those killed and also to find out about protesters who went missing.

"Blood for blood!" chanted protesters gathered in front of Hamdok's offices in the capital, an AFP correspondent reported.

Dozens of policemen stood guard as protesters, many whistling, clapping and ululating, belted out revolutionary slogans.

"We want justice for martyrs. We are afraid that the criminals might not be judged," said protester Nizar bin Sufian.

"But we have not seen any moves by the government to find those missing or to begin trials of those responsible for the killing of protesters," bin Sufian told AFP.

There was anger earlier this week when a representative from the notorious Rapid Support Forces militia, considered responsible for the 3 June attack that killed more than 100 protesters, attended an event for the victims.

Human Rights Watch (HRW) published a report in November demanding an investigation into the 3 June attack, including the military's council potential role in planning the attack.

The Sudanese army responded by claiming accusations against the military were based on "circumstantial evidence".

HRW said the current investigation ordered by Hamdok needed to be revised to ensure any evidence could be used in prosecution and also to reform the investigation team to ensure independence from the military.