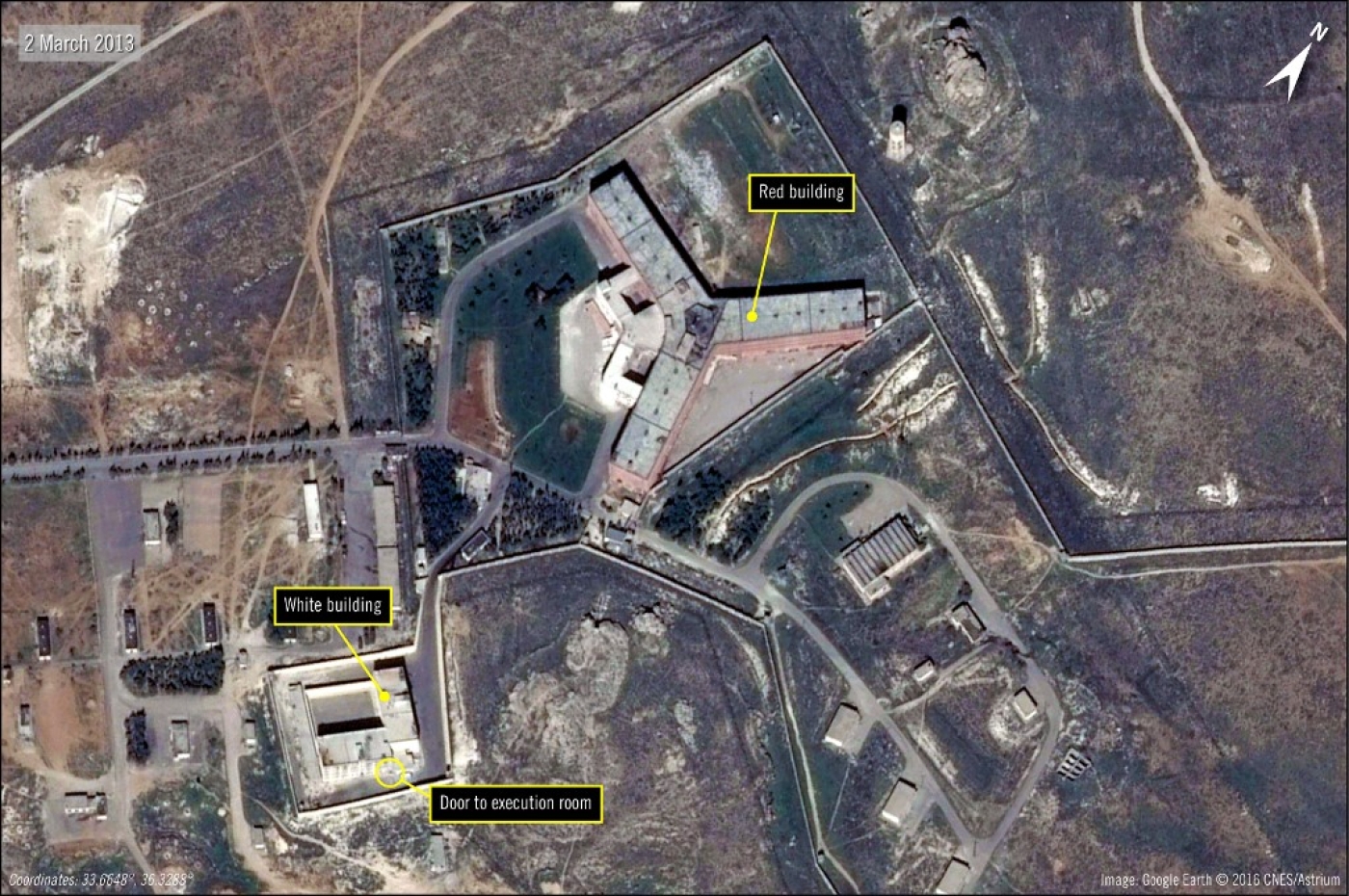 The United States has slapped sanctions on eight Syrian prisons and the five officials running them, the State Department has said.

The sanctions, announced on Wednesday, also cover two militia groups and two militia leaders, and are the first tranche of sanctions levied against Syria by the Biden administration under the Caesar Act.

"These actions underscore the U.S. commitment to promote respect for human rights and accountability for abuse against Syrians," the State Department said in a statement.

The sanctions cover Saydnaya Military Prison and seven others operated by the Syrian General Intelligence Directorate and Syrian Military Intelligence.

NEW: US imposes sanctions fresh sanctions on the Syrian regime.

Some of the sanctions target Saydnaya prison, where the regime has tortured, imprisoned, and murdered thousands of its opponents.

In 2017, the US accused Syria of building a prison crematorium at the Saydnaya facility to destroy the remains of thousands of murdered detainees, releasing satellite images it said backed up reports of mass killings at the jail.

Amnesty International also released a report that year, calling the prison "a black hole" where thousands had been tortured and killed. Speaking to survivors of the prison, the group constructed an interactive model of the prison to detail its findings.

The State Department, citing the Syrian Network for Human Rights, said it chose to target government prisons with sanctions as 130,000 Syrians remain missing or detained. Meanwhile, more than 14,000 detainees have reportedly died after being tortured at the hands of government officials, it said.

I welcome additional sanctions against the #Assad regime & militia groups. These sanctions are long overdue, & the admin. must ensure Assad & his Russian & Iranian backers are held accountable. The people of #Syria deserve to live in a world free from corruption & barrel bombs

Several of the designated prisons were among those highlighted in the pictures provided by "Caesar", a Syrian defector who worked as an official photographer for the Syrian military before fleeing and publicising his work.

Named after him, the Caesar Syria Civilian Protection Act was passed in 2019 "to promote accountability for the Assad regime's abuses". The law is designed to make it difficult for the Syrian government to trade with the outside world and engage in reconstruction efforts. But while the Caesar Act has strained the resources of the government, it has not resulted in ceasing government attacks on civilian areas in rebel-held enclaves, leading critics to argue that the overarching effects may be making matters worse.

While humanitarian groups are permitted to make financial transactions concerning Syria under a US waiver attached to the Caesar Act, over-compliance has made banks hesitant to allow them out of fear of secondary sanctions, severely hindering humanitarians' ability to operate.

Also included in Wednesday's sanctions was Saraya al-Areen, a militia affiliated with the Syrian Arab Army which the State Department said participated in the 2020 offensive to return rebel-held Idlib to government control.

"This operation contributed to the mass displacement of Syrian civilians and untold human suffering," the department said. "Nearly one million Syrians remain displaced from that operation and ongoing artillery attacks continue to harm civilians along the frontlines."

It is also levying sanctions against the armed Turkish-backed opposition group, Ahrar al-Sharqiya, and two of its leaders "for being responsible for serious human rights abuses, including abduction and torture". 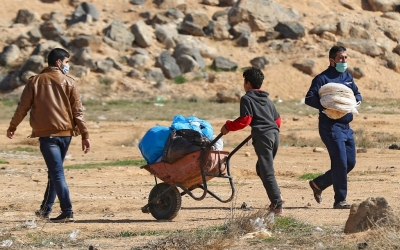 "Ahrar al-Sharqiya is reportedly involved in looting private property from civilians and barring displaced Syrians from returning to their homes," the State Department said, adding the group had also integrated numerous former Islamic State group members into its ranks.

"The world must renew its shared resolve to promote the dignity and human rights of all Syrians.  We urge the international community to join our calls for a nationwide ceasefire, the immediate release of those arbitrarily detained, and for information about the fate of the missing," the department said. "The Assad regime must know that these steps are critical to any lasting peace or economic prosperity in Syria."

The Biden administration has warned countries in the Middle East against attempting to restore ties with Syria, underlining its commitment to sanction those doing business with Damascus.

In June, Joey Hood, the acting US assistant secretary of state for Near East affairs, said Washington's opposition to the Syrian government would not change unless there was a "major change in behaviour".