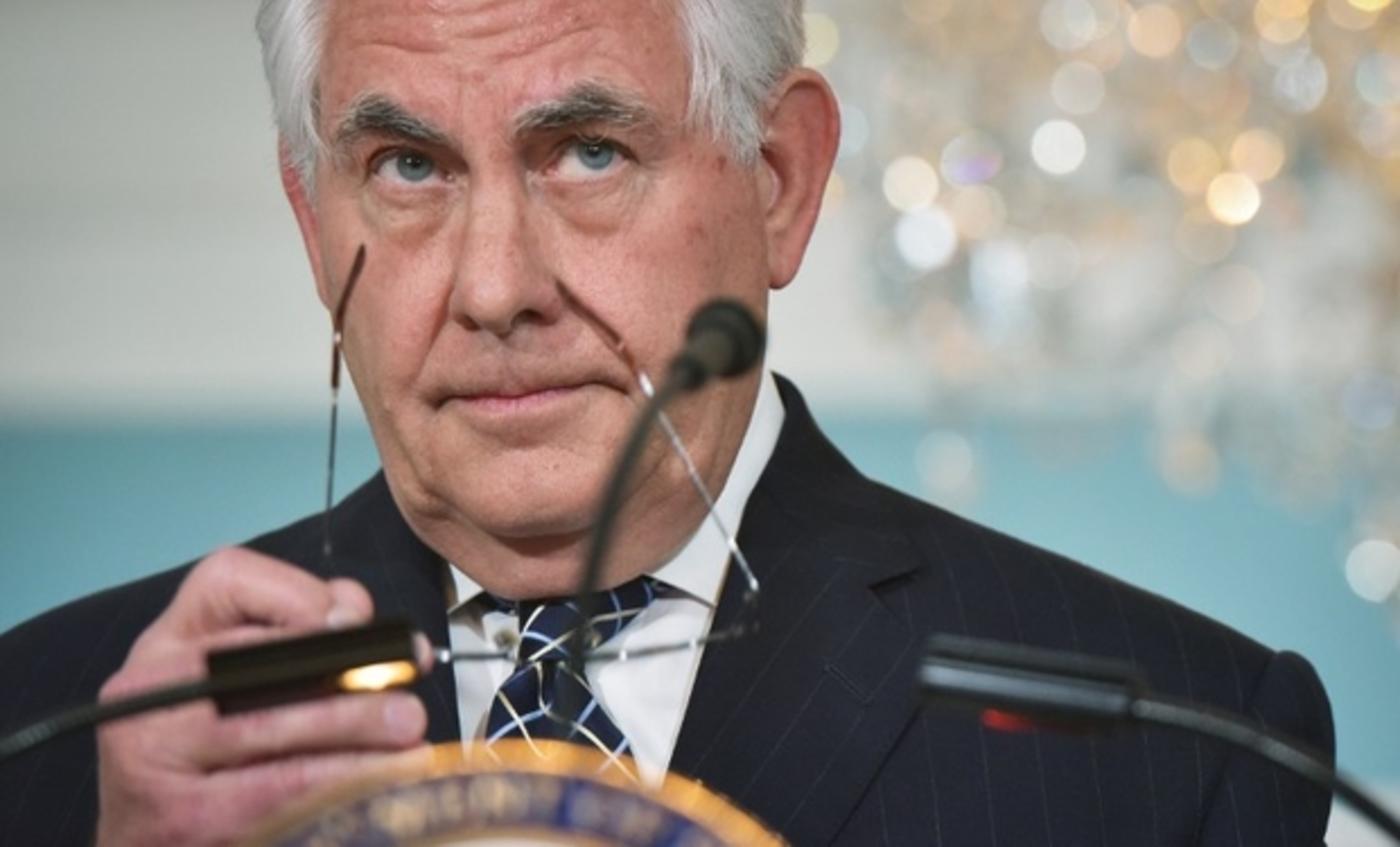 US Secretary of State Rex Tillerson (AFP)
By
MEE and agencies

US Secretary of State Rex Tillerson said on Saturday that working groups fixing what the US sees as flaws in the Iranian nuclear deal have already begun to meet, trying to determine the scope of what is needed and how much Iran needs to be engaged in the process.

Tillerson, ending a week-long European trip in Warsaw, said that he had secured support from Britain, France and Germany - all parties to the 2015 agreement - to work on the deal that President Donald Trump has warned he will walk away from unless changes are made.

By all accounts, especially the #Europeans, #Iran has #honoured its #commitments under #terms of #Agreement. But #US #armtwisting #Europeans. But there is also #Russia & #China party to the Agreement https://t.co/XJIAi4gpnw

"It's always darkest before the dawn," Tillerson told journalists. "The working groups have already begun to meet on efforts to agree principles, what is the scope of what we attempt to address and also how much we engage Iran on discussions to address these issues," he said.

The nuclear deal gave Iran billions of dollars in sanctions relief in return for curbs on its atomic program.

Trump vowed to stop waiving US sanctions unless the Europeans agree to strengthen the deal's terms by consenting to a side agreement that would effectively eliminate provisions that allow Iran to gradually resume some advanced atomic work. Trump also wants tighter restrictions on Iran's ballistic missile programme.

Iran has rejected any renegotiation.

Tillerson said the nuclear deal was only a "small" part of US policy in the Middle East and Washington was more immediately concerned about other issues including Iran's support for the Houthi rebels in Yemen and its supplying weapons to militias in the region.

"Our work group also is intending to identify areas of greater cooperation [with] Europe to push back on Iran's malign behaviour," he said.

In spite of statements from Russia earlier this week that Washington's accusations against Moscow that it and the Syrian army were behind a chemical attack in eastern Ghouta were "unfounded," Tillerson reiterated that ultimately Russia bore responsibility.

"I stand by my comments," he said.

"These are just unacceptable deployments of chemicals in ways that violate all conventions, which Russia itself has signed up for. It violates agreements that Russia undertook to be responsible for identifying and eliminating the chemical weapons inside of Syria," Tillerson said during a visit to Warsaw.

"The chemical weapons are clearly there, they're being used against civilian populations - and the most vulnerable are children - inside of Syria," Tillerson told reporters in a joint news conference with Polish Foreign Minister Jacek Czaputowicz.

"So we are holding Russia responsible for addressing this. They are [Syrian President Bashar al-] Assad's ally. They are members of those conventions and they made commitments. They need to deliver on those commitments."

Tillerson first made the accusations on Tuesday, as diplomats from 29 countries met in Paris to push for sanctions and criminal charges against the perpetrators of the chemical attacks in Syria.