Truck traffic resumed on Saturday between Mauritania and Moroccan-controlled territory a day after Rabat launched a military operation to reopen a key highway in the disputed Western Sahara it said was blocked by the Polisario Front.

But the pro-independence movement, which on Friday declared the end of an almost three-decade ceasefire in Western Sahara, said fighting continued in the disputed territory.

Tensions in the former Spanish colony have sparked widespread concern, with the United Nations, the African Union, Algeria and Mauritania among those urging both sides to respect the 1991 ceasefire.

But on Saturday Mohamed Salem Ould Salek, foreign minister of the Polisario-declared Sahrawi Arab Democratic Republic (SADR), said the UN-supervised ceasefire was a "thing of the past".

"Fighting is continuing after the crime committed by Moroccan troops in Guerguerat," he told AFP.

Later, Sahrawi defence minister Abdallah Lahbib, quoted by the official Algerian news agency APS, said "the war continues on all the fronts along the Moroccan wall of shame". He was referring to a 2,700 kilometre wall put in place by Morocco in the 1980s in the Western Sahara to prevent infiltration by Polisario fighters.

"The Sahrawi army has achieved important victories and inflicted human and material damage on the enemy," said Lahbib.

The SADR defence ministry said the regions of Mahbes and Guerguerat had been "targeted by shells and machine gun" fire.

Neither claim could be independently verified.

On Saturday, a Mauritanian security official and a senior Moroccan official said separately that truck traffic between Mauritania and the Western Sahara had resumed.

"Dozens of trucks... blocked for three weeks because of actions by the Polisario militias have crossed the Mauritanian and Moroccan borders," Morocco's state-run MAP news agency reported.

The trucks had been stranded at Guerguerat, with Morocco accusing the Algeria-backed Polisario of blocking them from plying a road which is key for trade with the rest of Africa.

Morocco on Friday said it launched a military operation in the buffer zone of Guerguerat to reopen the highway to Mauritania.

The military said it had secured the Guerguerat crossing between Morocco and Mauritania by installing "a security cordon" along its desert wall.

Stephane Dujarric, spokesman for the UN chief, said the UN's MINURSO peacekeeping mission deployed in Guerguerat "a special civil-military team... since the beginning of the crisis".

Pictures released by the Moroccan army showed tents reportedly used by the Polisario on fire near the Mauritania border after the operation.

Polisario secretary-general Brahim Ghali said he had issued a decree on Friday announcing the end of its obligations under the ceasefire agreement.

The unrest in Western Sahara sparked a flurry of calls for restraint.

UN Secretary-General Antonio Guterres expressed "grave concern regarding the consequences of the latest developments" that erupted despite UN efforts to avoid an escalation.

Algeria, the Polisario's main foreign backer, and Mauritania have called for restraint and respect of the 1991 ceasefire, and their appeals were echoed by the African Union (AU), France, Russia and Spain.

France called on all sides to "avoid an escalation" and Russia urged them "to refrain from taking steps that can exacerbate the situation".

Gulf powerhouse Saudi Arabia, as well as Qatar, the United Arab Emirates and other Arab countries, have expressed support for Morocco in the conflict.

Rabat controls 80 percent of the Western Sahara, a vast area of desert on the Atlantic coast, including its phosphate deposits and its lucrative ocean fisheries.

Morocco maintains that Western Sahara is an integral part of the kingdom and has offered autonomy for the disputed territory, but insists it will retain sovereignty.

Representing Western Sahara's indigenous Sahrawi people, the Polisario demands a referendum on self-determination as set out in the 1991 ceasefire.

The vote has been repeatedly postponed due to disputes between Rabat and the Polisario over voter rolls and the question to be asked. 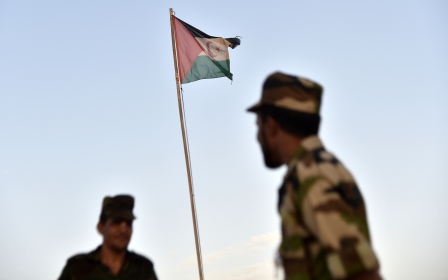 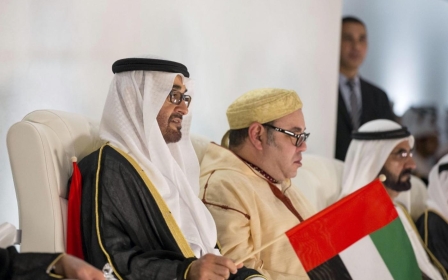 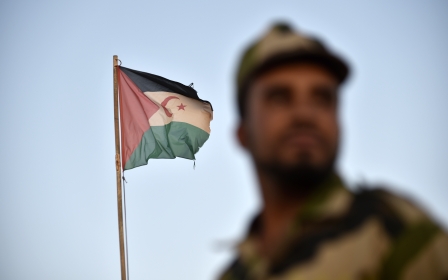