Women and children from Trinidad and Tobago are trapped in Syrian refugee camps. Their families are desperately seeking help 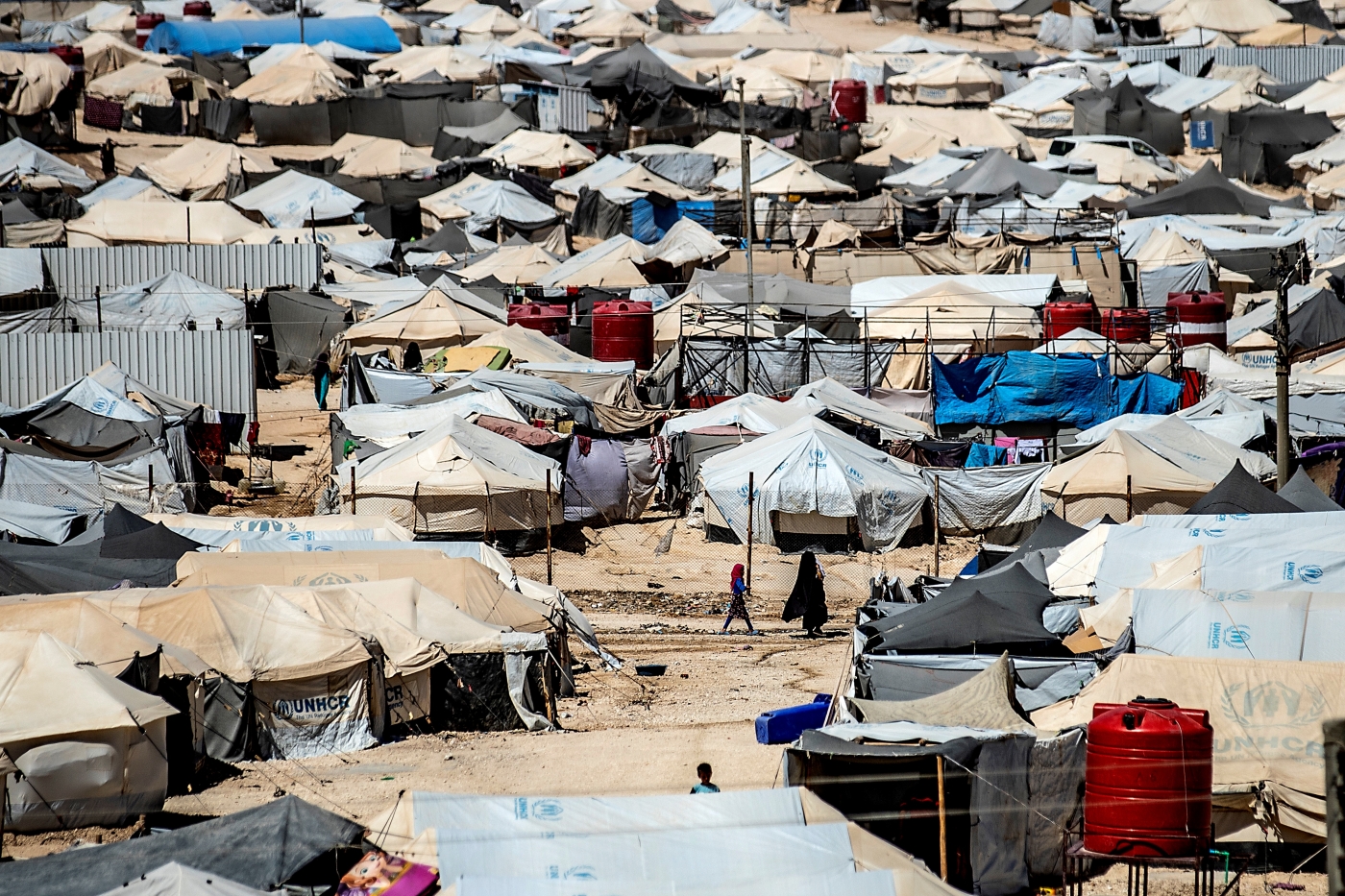 A group of Trinidadian women has urged their government to step up efforts to repatriate their families held at a Kurdish-run camp in northern Syria, fearing they could be caught in fighting between the Turkish army and Kurdish militias.

The women said they feared that “devastating things” could happen to their families, including several children, unless the government of Trinidad and Tobago acted immediately. The families are at the al-Hol refugee camp, which has been rocked by unrest because of recent events.

'The families are worried that by the time the government gives the go-ahead, it will be too late'

Turkey agreed last Thursday to pause its offensive against the Kurdish fighters for five days at the behest of the United States, giving time for the People’s Protection Units (YPG) militia to clear from the Turkish-Syrian border.

But the temporary halt is set to expire on Tuesday evening and families fear a return to violence.

“I’m worried right now about the fighting. They could come in at any time and do them harm,” Yacina Alimayu, whose sister, Amadi Alimayu, 32, and her three children are being held at al-Hawl, told Middle East Eye.

Their call also comes as photos have emerged showing the unhealthy conditions that the Trinidadian children have suffered at al-Hol, a Kurdish-run camp home to the majority of Trinidadian wives and children of suspected Islamic State (IS) group fighters.

Urging the government to take advantage of the five-day pause agreed between Turkish forces and the Kurdish-dominated Syrian Democratic Forces (SDF), she added: “I think that we should move faster, we don’t know how long they will hold up the peace treaty. We should move faster.”

At least 130 Trinidad and Tobagonian nationals went to Iraq and Syria between 2013 and 2016, leaving the Caribbean nation as one of the highest per capita sources for those who would eventually join IS's so-called caliphate.

Among those who travelled were a large number of women and children, who went alongside men, many of whom have since died in the fighting.

While a small handful of women and children have returned and been reintegrated into society with the assistance of authorities, it is thought that at least 25 remain stuck in the Kurdish-run camps after fleeing from IS-held territory as the SDF took charge.

Efforts to bring them home have been stepped up this year and led by Felicia Perkins-Ferreira, who in January made the 20,000km round trip between the islands of the Caribbean and the Middle East to rescue her two sons at neighbouring al-Roj camp. Five years ago, the two had been abducted by their father.

Perkins-Ferreira has been liaising with government authorities on behalf of Yacina and two other women who have 11 family members between them at the camps.

The women have met regularly at her home on the outskirts of Trinidad’s capital Port of Spain for support, to counsel each other, fundraise for the costly trip and to sort paperwork, including authorisation documents required by Kurdish officials for them to take charge of the children. 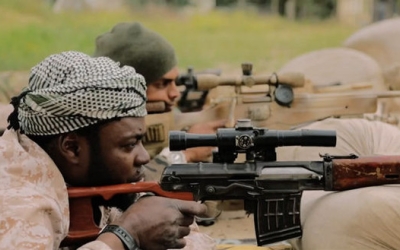 Caribbean to 'Caliphate': On the trail of the Trinidadians fighting for the Islamic State
Read More »

It is understood that a delegation including Yacina, Perkins-Ferreira and government officials is expected to travel to Syria to collect the families.

But Trinidad and Tobago's authorities have yet to grant emergency passports which would allow family members stuck at the camps to return, Perkins-Ferreira said.

“The families are worried that, by the time the government gives the go ahead, it will be too late,” she said. “They’re saying that the government is taking too long and that the longer they delay, shelling and other devastating things could happen to their families over in Syria.”

Perkins-Ferreira also told MEE that the women had not yet been able to raise the tens of thousands of dollars needed to cover travel costs.

Stuart Young, Trinidad and Tobago’s minister of national security, did not respond to a request for comment.

'Things are getting bad'

Amadi and her family are thought to have arrived at al-Hol camp earlier this year as part of an exodus of people fleeing IS's final slices of territory, as US-backed Kurdish forces moved in. A teacher, she had travelled pregnant to Syria with her now-deceased husband and their two children in 2014.

Yacina said that her sister told her last week over the phone that “things were getting bad” and said that her hands had begun to swell due to the cold weather at the camp, which is home to nearly 70,000 people mostly living in makeshift tents. “She’s in an open place and doesn’t have money to buy warm clothes,” Yacina said.

Pictures obtained by MEE point to the deplorable conditions that Amadi’s children face at al-Hol, where more than half of the population are under 12. In addition to a photo of flies gathering on the mouth of a young boy, one image shows festering flesh on the scalp of another.

There have also been routine clashes between inmates and guards at al-Hol, with one Kurdish official describing the security situation at the overcrowded camp as a “ticking time bomb”.

“The situation is dangerous and only becomes worse,” said SDF spokesman Mustapha Bali in early October, after a child was stabbed in a fresh round of violence at the camp. He added that guns and weapons have been smuggled in.

Since the start of the Turkish assault on 9 October, several hundred women and children have reportedly escaped from Ain Issa camp, which has also been hit by shelling, along with another camp for displaced persons.

The deteriorating situation has prompted a change of direction in policy among some countries with nationals held in these places. Britain has begun to look at repatriating children born to suspected IS fighters, while Belgium has said it will evacuate IS suspects held by the Kurds.

Some states remain reluctant to take in mothers who knowingly took their children to IS-held territory, though it is thought that Trinidad and Tobago has allowed some to return.

Yacina asked for Trinidad and Tobago’s government to show leniency towards her sister. “She was only going [to Syria] as an obedient wife," she said. "I’m asking people to open their eyes to this and help. We’re just asking for a little bit more aggressive help.” 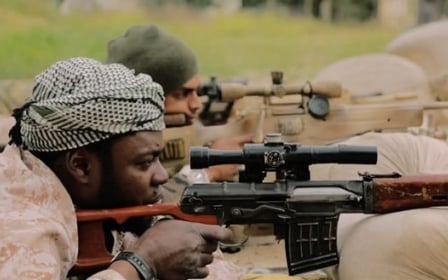 Islamic State
Caribbean to 'Caliphate': On the trail of the Trinidadians fighting for the Islamic State 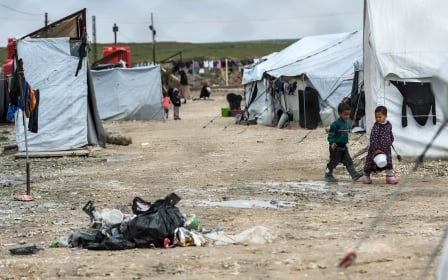 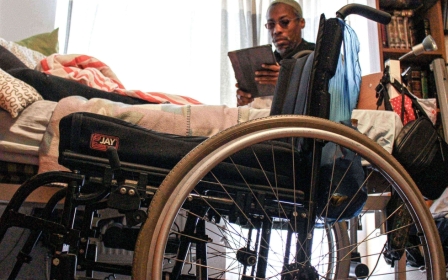