The controversial LIV Golf tour, hosted at the former president's golf club, has been condemned as a sportswashing exercise to rehabilitate Saudi Arabia's image 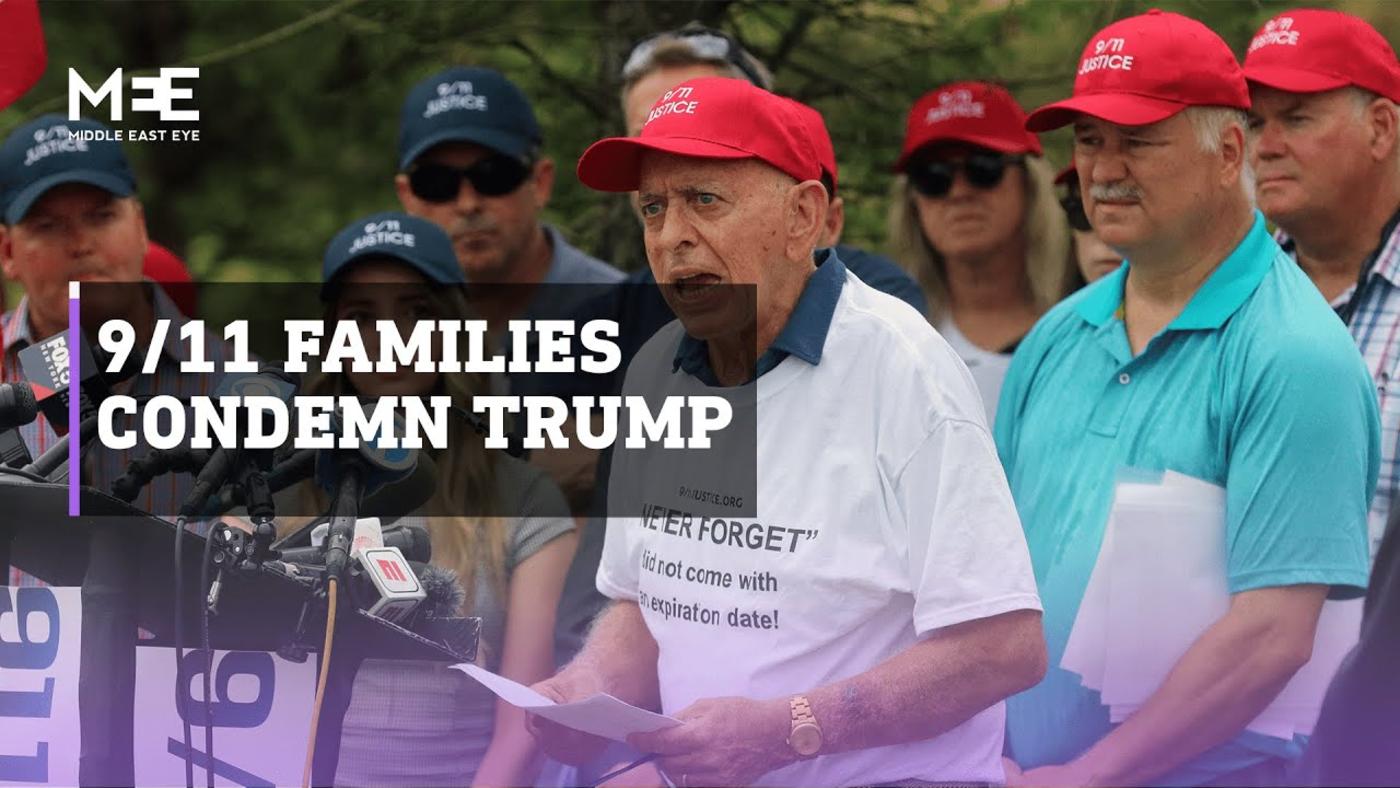 On a muggy Friday morning, at least two dozen families from New York and New Jersey, relatives of some of the 2,996 people who died on 9/11, assembled behind a public library and alongside a busy intersection in Bedminster, New Jersey, to ask former President Donald Trump a simple question: "How could you be so disgusting?"

The families, some with banners, others clutching photos of their deceased fathers or husbands, told journalists they had gathered to express their outrage and disappointment that a former president would go ahead with hosting a golf tournament bankrolled by the Saudi Arabian government.

"It's disgusting that our former president is in bed with the kingdom of Saudi Arabia," Juliette Scauso, who lost her father on 9/11, told Middle East Eye.

"We have had no justice. There are thousands of others who are still sick and dying from the attacks. And this was a president who said he would help us and has countless times given us sympathies, but yet he is in bed with these people and it really shows on his character," Scauso, now in medical school, said.

The three-day international golf event is the third segment of the controversy-ridden LIV Golf tournament, bankrolled by Saudi Arabia's Public Investment Fund. In all, there will be 14 events around the globe.

Since the event was announced, families of 9/11 victims have been urging Trump to cancel the event, pointing out the alleged links between the Saudi government and the September 11 attacks.

While the FBI released declassified documents in 2021 that showed the agency held reasonable suspicion that members of the Saudi government had assisted those responsible for the attacks, it concluded there was no concrete evidence the hijackers had received assistance.

However, the families of the 9/11 victims remain unconvinced.

Trump himself said in 2016 that Saudi Arabia was responsible for the attacks. But in interviews earlier this week, Trump made an about turn on his previous statement.  He told reporters that "nobody's gotten to the bottom of 9/11".

Terry Strada, who lost her husband on September 11, told MEE that Trump was single-handedly helping to resuscitate Saudi Arabia's image.

"They are trying to manipulate public opinion that they are now a country that deserves respect, when they are the country responsible for the September 11 attacks on America.

"To have these golfers come and disrespect us like this; to stand with the kingdom of Saudi Arabia instead of America and the 9/11 families, we are just outraged and hurt by all of it," Strada, who is also the national chair of the 9/11 Families United group, said.

Large crowds were expected to descend on the golf course on Friday, one security official, not authorised to talk to the media, told MEE. By mid-morning, hundreds of spectators had already made their way to the golf course. Reacting to the popularity of the event, Strada said it was a mix of ignorance and indifference driving people to continue supporting events like these.

"There are probably people who don't understand the level of involvement the kingdom had with the September 11 attacks, and there are others who don't care," Strada said.

However, on Friday, a reporter from NJ Sports said that a heckler interrupted the event while golfer Phil Mickelson was about to hit his first shot of the day. "Do it for the Saudi Royal family," the heckler said.

"There is a lot of anger here," Sean Passananti told MEE while clutching a photo of his father. "It's a lot of disbelief, that 21 years later, we are here, talking about a golf tournament."

The Trump Organization did not reply to MEE's request for comment. 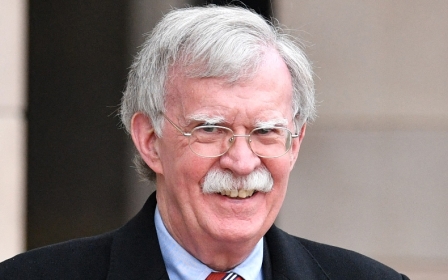