Tunisian security forces face anti-government demonstrators during a general strike on 10 November, 2021, following the reopening of a rubbish dump in the town of Agareb (AFP)
By
MEE staff

Amnesty International has slammed Tunisia's decision to prosecute civilians in military courts, warning that civilians were being brought before the military justice system at an "alarming rate" since President Kais Saied's July power grab.

The UK-based rights group said in a statement on Wednesday that a growing number of Tunisian civilians had faced trial before military courts, in some cases simply for criticising authorities.

"In the past three months alone, the military justice system has investigated or prosecuted at least 10 civilians for a range of offences," the rights group said.

That compares with just six civilian cases brought before such courts between Tunisia's 2011 revolution and 2018.

The rights group said that "military courts lack independence" and that "under international human rights law, civilians should never be brought before military courts, no matter what the charges against them". "Yet in Tunisia, the number of civilians brought before the military justice system appears to be increasing at an alarming rate - in the past three months alone, more civilians have faced military courts than did in the preceding 10 years," she went on to warn.

"As Tunisians debate the uncertain future of their country, it is more important than ever that authorities protect their right to do so freely - even when deemed 'insulting' - without fear of persecution," Morayef added.

Tunisia was thrown into political crisis in late July when Saied, a former constitutional law professor, sacked the government, suspended parliament and seized an array of powers, citing an "imminent threat" to the country.

On September 22 he suspended parts of the constitution and installed rule by decree, maintaining full control of the judiciary as well as powers to sack ministers and issue laws.

Last week, Tunisian authorities issued what they described as an international arrest notice against Moncef Marzouki, a former president and a vocal critic of Saied.

Interpol has, however, not publicly issued any such "red notice", the closest legal instrument to an international warrant.

In a speech in Paris last month, Marzouki urged France, Tunisia's former colonial power, not to help "the dictatorial regime in Tunisia".

US lawmakers have expressed frustrations over the political crisis, with members of Congress criticising Saied and questioning whether US assistance to the country should be withheld.

"The widespread hope for a democratic future that took root in 2011" during the Arab Spring "has reverted to either continued authoritarianism or civil war," Congressman Ted Deutch told a House Foreign Affairs Subcommittee last month. 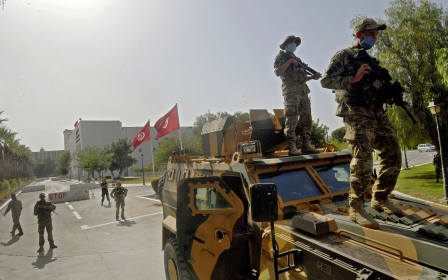 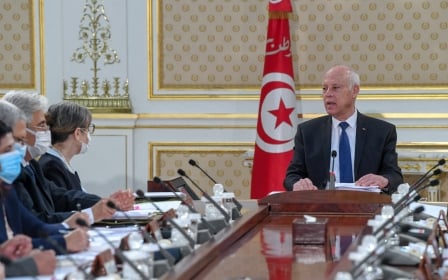 Tunisia Coup
'Not our friend': US lawmakers slam Tunisia president as he cements one-man rule