Tunisia: Male survivors of sexual assault determined to speak out despite risks

The threat of imprisonment and social stereotypes deter many male survivors from speaking up, but a new movement, EnaZeda, is attempting to counter those challenges Members of the Tunisian "EnaZeda" [Me Too] movement rally against sexual harassment in the capital, Tunis, on 30 November, 2019 (AFP)
By
Faïrouz ben Salah
in
Tunis

"I refuse to hide myself. We male survivors must open up about sexual abuse experiences," says 20-year-old student Othello Jelifi, a trailblazer in a nascent Tunisian "Me Too” movement, waiving his right to anonymity.

Tunisia's anti-harassment movement was ignited by a social media campaign named "EnaZeda", Arabic for "me too", encouraging survivors of sexual violence to speak out.

'If life was simpler, I would be able to share all my stories and raise awareness about how sexual assault happens to young boys of all ages,'

Last year, Jelifi was one of the first men, among a record number of women, to post about his painful experiences on the private Facebook page of the movement. The testimonies would otherwise trigger disdain, social condemnation and suffocating stereotypes about men and boys who recount them publicly, he says.

"Once, when I complained to a teacher, he told me to not behave so 'effeminate'," he told Middle East Eye.

"At one point in junior high school, a classmate beat me up in a toilet to force me to do what he wanted me to do," Jelifi said.

"And it didn't stop there. Later, a group of older and stronger schoolmates harassed me and touched my body as if it was their acquired right."

Jelifi is also involved in the LGBTQ+ movement Mawjoudin ["We Exist"], and contributing to EnaZeda was, he said, the natural thing to do.

"Talking to people within Mawjoudin helped me to overcome my trauma. I wish others the same."

Such openness is a rare exception, however.

Men in Tunisia risk harsh social backlash when deciding to tell their stories of sexual abuse, and while testimonies are helping male survivors find their voices, the vast majority decide to speak anonymously.

"If life was simpler, I would be able to share all my stories and raise awareness about how sexual assault happens to young boys of all ages," one man confided to the EnaZeda private Facebook group.

"But sadly it isn't the case. I am even worried about sharing anonymously! It haunts me till this day and it makes me feel so ashamed."

Echoing similar feelings, a 24-year-old accountancy student who goes by 'FC' came forward to share his story in February 2020, only a few weeks after he, for the first time in his life, met someone he trusted.

"A fellow student encouraged me to share my story on EnaZeda," FC told MEE.

"My story is complex. I have never heard of a similar case. I know of cases from a cousin or other family members, but with your own brother? Maybe that's what confuses me the most." 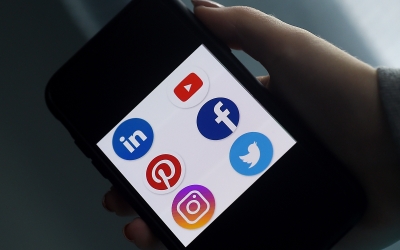 'Silent pandemic': How women in the Middle East and North Africa are threatened online
Read More »

The men on EnaZeda have shared stories of sexual abuse that happened to them at a very young age, carried out by family members, neighbours, doctors or teachers.

They have also disclosed experiences at nightclubs and in public transport.

Additionally, a large number of men report sexual harassment and abuse at the hands of members of the police and the army.

Feminist association Aswat Nissa, the moderator of the EnaZeda Facebook page, does not have a record of the proportion of male testimonies.

Jelifi, however, estimates it at "a few hundred", which he claims is "just the visible tip of the iceberg".

Another sexual assault victim who agreed to waive his right to anonymity, 25-year-old business consultant Sedki Dahmani, told MEE that he remains a target.

"I still experience things that are not normal. Just two days ago, a taxi driver suddenly put his hand on my crotch," he says.

"In such situations, I just freeze, something my psychologist says is normal in my case. During my childhood, a relative did things to me which I find hard to recall."

"Male survivors generally deny they have a problem or try to push it away. It's only after quite a period of time, after trying other avenues and when they feel completely lost in life, that they take the decision to seek help," Aida Nafetti, trauma psychologist at INJED (SOS-help), told MEE.

INJED is the only centre in Tunisia that provides specialised care to survivors of sexual assault of all genders.

So even if men are ready to talk, they often do not find available help.

'Never, never go to the police. If you are lucky, in the best of cases, they will make fun of you, if they don't arrest you'

"I want to talk to a psychologist as soon as possible," FC said.

"Maybe he or she can relieve me of my burden. But I have to wait until I earn my own money to pay for it and I also wonder where I can find the right person."

About three years ago, when Dahmani decided to tell his parents about what he had been through, he said they ignored his story.

"My mother kept silent, my father told me to forget it. I don't blame them, they were raised differently," he said.

In fact, Nafetti said sexual abuse of men is perceived as "catastrophic" in Tunisian society.

"It is an event that destroys masculinity, or that is what is meant by it. It affects the whole male family line. I sometimes see families of male victims moving to another place," she said.

Jelifi concurred: "Sexual domination by another man feels like a degradation, something that undermines masculinity."

This image of "what it takes to be a man" makes survivors feel inferior.

"When I was a child, I prayed to God to make me a real man," Dahmani says.

Jelifi said he started to dislike his body due to his abuse. "I blamed my fat and sluggish body for my rape. To build muscle, I stopped eating and developed anorexia."

Abuse also caused FC to question his identity: "I am confused. I do not know who I am, gay or bisexual? And I often have sex when I need affection."

The law as part of the problem

Before 2017, rape of men did not exist in the Tunisian penal code. Instead, in such cases, the law recognised only "moral offences".

Legally, perpetrators risk lifetime imprisonment. In practice, however, it is not always wise to go to the police, according to survivors. "Never, never go to the police. If you are lucky, in the best of cases, they will make fun of you, if they don't arrest you," Jelifi said.

He cited Article 230 of the penal code, which punishes sexual acts between two consenting adults of the same sex by up to three years of imprisonment.

In February 2019, a man known as Ahmed was sentenced to six months in jail after he reported being raped and assaulted by two thieves.

As loopholes and inconsistencies in the law enable perpetrators to avoid punishment, survivors say they feel "up for grabs".

"Sometimes it feels as if I am more of a 'thing' than a human being. People can do what they want. It's not safe. There is nowhere to go," Dahmani said.

According to psychologist Naffeti, Tunisian civil society should focus on filling this void in service provision.

"Sexual abuse of women is no longer a taboo subject, but why are there no organisations that stand up for men? We know that it exists. There are enough known cases. Yet it is completely ignored. We have a major gap here," she said.

Nonetheless, Jelifi claimed it is mainly a matter of strategy.

"The LGBTQ+ [community] is very vocal on sexual assault of men, albeit maybe not so visible," he said. "We opened a special phone number that is also accessible to heterosexual victims. But, above all, we aim to be outspoken in the fight against discrimination, such as the abolition of Article 230."

This is precisely where a possible schism opens up between the movement and male survivors of sexual violence.

Since the LGBTQ+ groups operate almost solely in the more liberal city of Tunis, they are reportedly disconnected from the conservative parts of Tunisian society.

"They always focus on the law criminalising homosexuality, but this increases the differentiation between sexualities which only leads to more discrimination," he said.

Dahmani says the movement's alleged reliance on foreign funding renders its members "suspicious" in the eyes of outsiders.

"Those organisations live in a different world, far away from conservative society," he said. "They have an interest in showing as many victims as possible to sustain their reason to exist."

However, he argued that other emerging channels seem to be leading to a slow dismantling of stereotypes.

"Thanks to Netflix, the new generation is more tolerant," Dahmani said.

Similarly, FC sees a degree of progress: "Some parts of society have changed their macho, insensitive view of manhood, although it is still not enough. EnaZeda broke the ice, I believe."

Either way, a new generation of Tunisian male sexual assault survivors has its own ways of dealing with resistance to change.

"I insist on being quoted by name," Dahmani says. "Men should speak out." Tunisia
#EnaZeda: Tunisian 'Me Too' movement met with both support and smear tactics 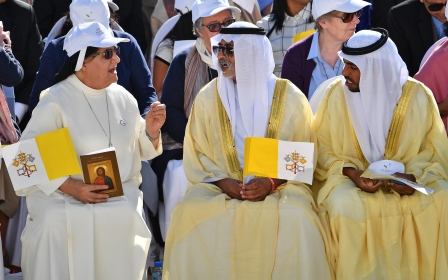