Lotfi Hidouri, editor-in-chief of Achahed, was arrested on suspicion of conspiring against the 'security of the state' 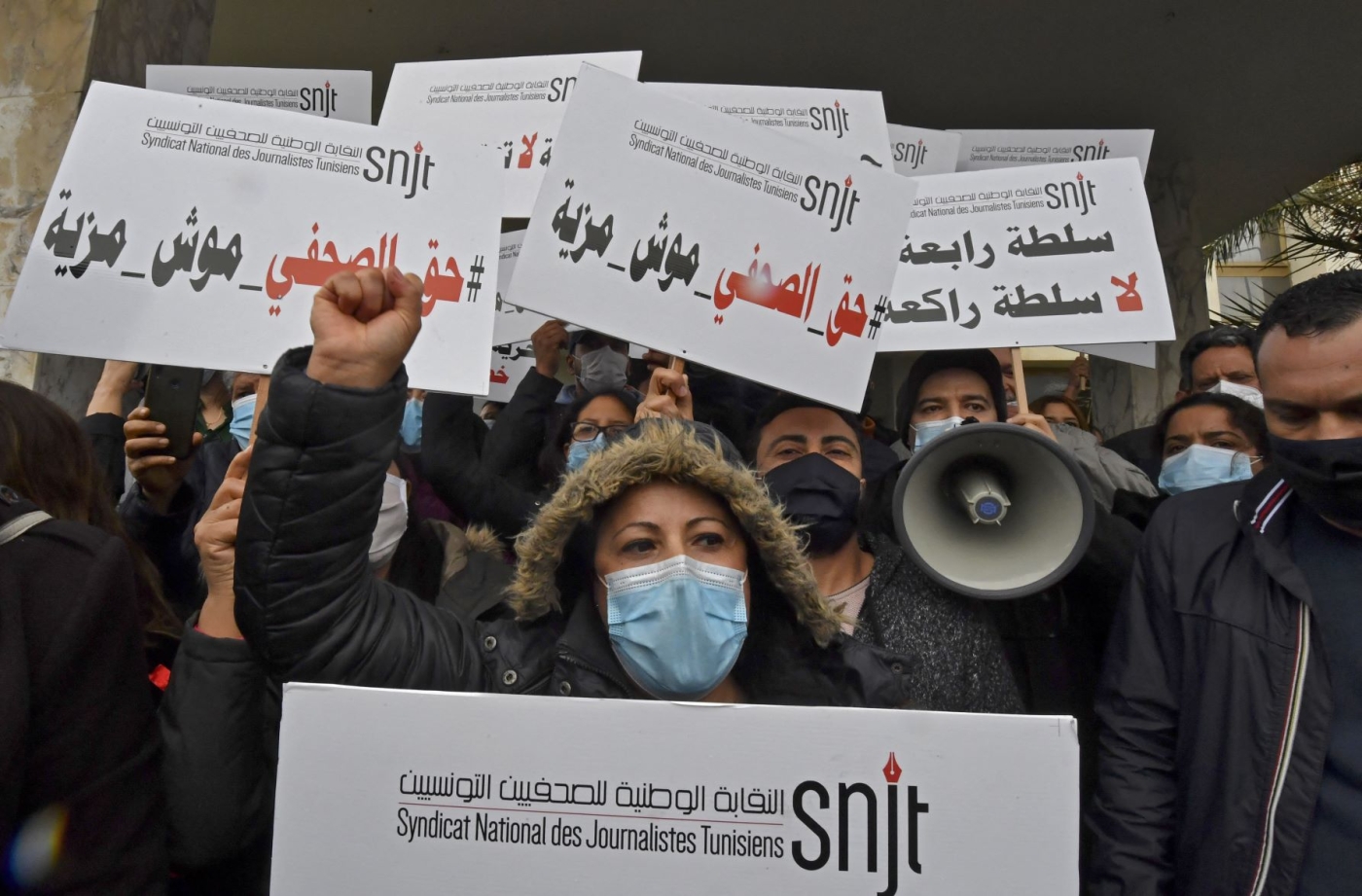 Journalists chant slogans and hold up signs reading in Arabic "fourth estate, not kneeling estate," and "journalists' rights are not privileges", at a demonstration outside the headquarters of Tunisia's national Tunis Afrique Presse (TAP) news agency, 15 April 2021 (AFP)
By
MEE and agencies

Tunisian police have arrested the head of a news site close to the Ennahda party on accusations of conspiring against the state, according to his lawyer.

Samir Ben Amor told AFP that his client, Lotfi Hidouri, editor-in-chief of Achahed, had been placed in custody on Thursday in relation to financial dealings between a firm that finances his site and Instalingo, a digital content provider.

Local media say Instalingo, which has been under investigation since 2021, stands accused of "plotting against the security of the state" and inciting violence.

Ennahdha, a party rooted in Islamism, was the leading force in Tunisia's parliament that was dissolved last July in a power grab by President Kais Saied. This was seen by opponents as a coup. Ben Amor said Hidouri had "no administrative authority" over the website that could justify his detention, which he condemned as "yet another crime" in the wake of Saied's power grab.

A Tunisian military court on 11 June placed another journalist critical of Saied in custody after he made comments about the army during a television broadcast.

The national journalists' union, the SNJT, has condemned authorities' attempts to "tame" media outlets and turn them into propaganda channels.

Tunisia has been mired in crisis since July 2021, when Saied suspended the parliament and later dissolved it, in a plot first revealed by Middle East Eye in May that year.

In April, Saied also gave himself powers to appoint three of the seven members of the electoral commission, including the president.

His opponents accuse him of moving towards an autocracy.

Some Tunisians initially supported his moves against a system they say achieved little in the decade since the 2011 revolt that toppled longtime ruler Zine El Abidine Ben Ali. 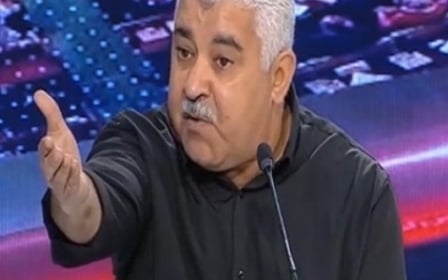