Despite growing unrest over price hikes and unemployment ahead of Sunday's poll, nascent democracy is proving to be far more resilient than many expected 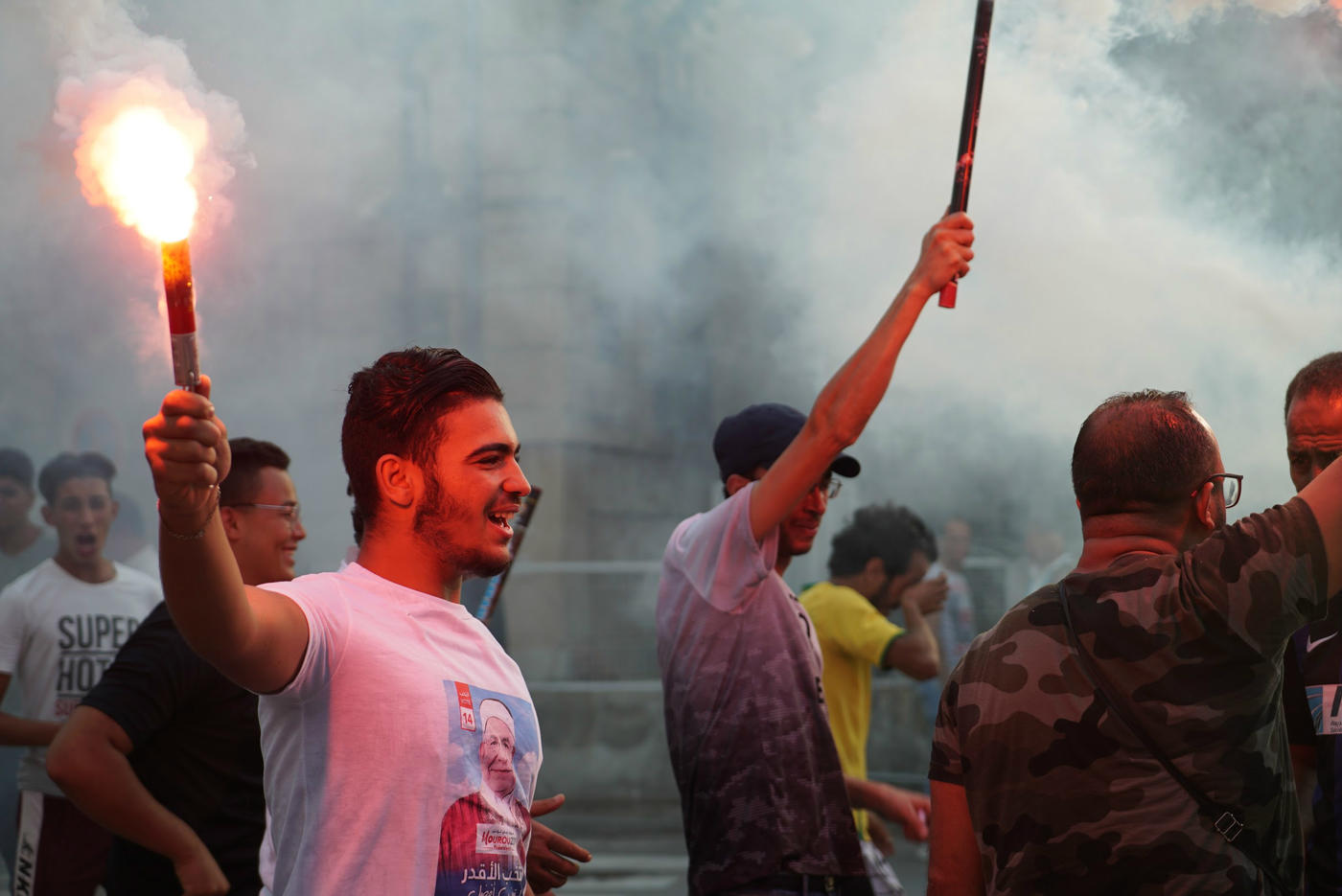 The streets of the Tunisian capital are buzzing with election fervour as millions prepare for the country’s second presidential election since its 2011 Arab Spring uprising.

The North African country has emerged as a showcase for democracy in the Arab world, with Sunday’s vote raising hopes that a peaceful transfer of power can be achieved.

The death in July of the country’s president, Beji Caid Essebsi, a secularist who was instrumental in steering the country’s transition to democracy, forced the polls to be held earlier than originally scheduled. Despite the race being beset with controversy and surprises, the first round of voting will start early on Sunday, when a crowded field of 26 candidates will compete against each other.

A number of prominent figures are in the running, including current Prime Minister Youssef Chahed and the populist media tycoon Nabil Karoui, who is languishing in prison amid charges of tax evasion and money laundering.

Speaking to thousands of his supporters in the capital Tunis on Friday, Mourou, one of the founding fathers of Ennahdha, said he was confident he could secure a victory.

“A vote for me will see the values of the revolution realised,” the 71-year-old lawyer said.

Following Essebsi’s death, Tunisia’s broadly secular forces – who were held together by little more than their opposition to Ennahdha – have fractured, raising the prospect that the Islamists could win, albeit through a second round of voting.

“There’s been a lot of fanfare in the media over Karoui, this so-called Robin Hood character and his arrest,” Oussama Sghaier, the spokesman for Ennahdha, told Middle East Eye.

“But we have considerable support and it’s growing daily. For sure, we will make it to the second round and this is largely because unlike the other parties, we have strong policies on healthcare, education and infrastructure”.

Ennahdha, which describes itself as a party of “Muslim democrats,” has years of experience in working with its secular counterparts, and the last five years have seen it engage a politics of consensus with the Nidaa Tounes party.

'General crisis of confidence in the political elite'

Despite Sghaier's optimism, analysts have warned that political instability and economic stagnation have greatly contributed to voter apathy.

The International Crisis Group, an NGO which describes itself as "working to prevent wars and shape policies that will build a more peaceful world", went as far as to say that Tunisia was witnessing a “general crisis of confidence in the political elite”.

Turnout for presidential and parliamentary elections in 2014 was at 63 and 68 percent respectively.

Whereas in last year’s municipal elections, 34 percent came out to vote. 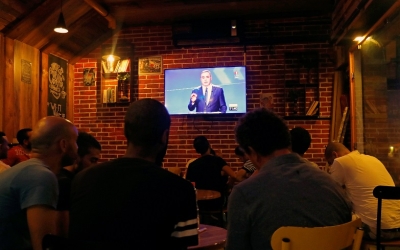 In 2018, an Afrobarometer survey found that only 46 percent of Tunisians believed that democracy was the most preferable form of government, down from 70 percent in 2013.

However, a major democratic milestone was laid down earlier this week when the presidential candidates appeared in a series of televised debates, the first of its kind in the Arab world.

Around three million Tunisians - nearly half the total number of registered voters - tuned in on Saturday night alone to watch the proceedings, according to polling agency Sigma Conseil.

Absent from the stage was Karoui, who pre-election surveys said had a narrow lead over his rivals.

Dubbed the Tunisian equivalent of Italian media mogul Silvio Berlusconi, Karoui’s frequent appearances on his Nessma TV - one of the country's most popular television stations - has seen him distribute large quantities of food on camera and fund medical treatment for the poor.

Such largesse has resonated with Tunisian voters who are struggling to get by more than eight years after the Arab Spring.

According to an Organisation for Economic Co-operation and Development study, Tunisia’s unemployment rate is currently at 15 percent, but is significantly higher for highly educated young people – hovering at 62 percent.

Chief among Mourou and Karoui’s rivals is Chahed, the current prime minister.

The president of the Tahya Tounes political party, Chahed’s time in government has seen him champion a campaign against corruption.

The 43-year-old has hailed the success of his coalition government, saying it pulled Tunisia back from the brink of economic disaster after a series of tough public spending cuts.

Karoui’s supporters accuse the premier of putting their candidate behind bars in an effort to derail his campaign.

This allegation has gained momentum in the last 24 hours after Karoui launched a stinging attack on Chahed from prison, telling Jeune Afrique, a French-language pan-African weekly news magazine, that only “massive fraud” could prevent him from making it through to the second round of voting.

“Karoui’s still leading in the polls … and this is partly due to his anti-elitist policies,” Tarek Kahlaoui, a former adviser to Tunisia's first Arab Spring leader Moncef Marzouki, told MEE.

“His actions have gained currency with Tunisians disillusioned by the outcome of the 2011 revolution, and his acts of charity will win over a lot of people in rural areas, including those who would have otherwise voted for some of the other candidates, including Ennahdha.”

Many credit Tunisia’s success to a compromise struck by the country’s disparate political factions in 2013 to avoid what unfolded in nearby Egypt.

But appearing alongside relative outsider Kais Saied, a jurist and professor of constitutional law who is running as an independent, is Abir Moussi, an avowed apologist for the Ben Ali regime.

Balkis Ghozlany, a 23-year-old masters student, told MEE that with the economy lagging, many Tunisians were looking at pre and anti-revolution politicians for answers.

“She’s (Moussi) been honest about her plans for the country and unlike other candidates doesn’t change her opinion to suit different audiences,” said Ghozlany.

“Also, I think it’s high time we had a woman as a president.”

Analysts say Sunday’s poll will serve as a test of whether Tunisia's nascent democracy can address the needs of neglected Tunisians, many of whom live in the interior.

“The defining issue of this year’s election is whether the Tunisian state can meet the social and economic needs of its people,” said Anthony Dworkin, a Tunisia analyst with the European Council on Foreign Relations.

“The revolution of 2011 led to a genuinely competitive political system but has not delivered any democratic dividend to Tunisia’s citizens.”