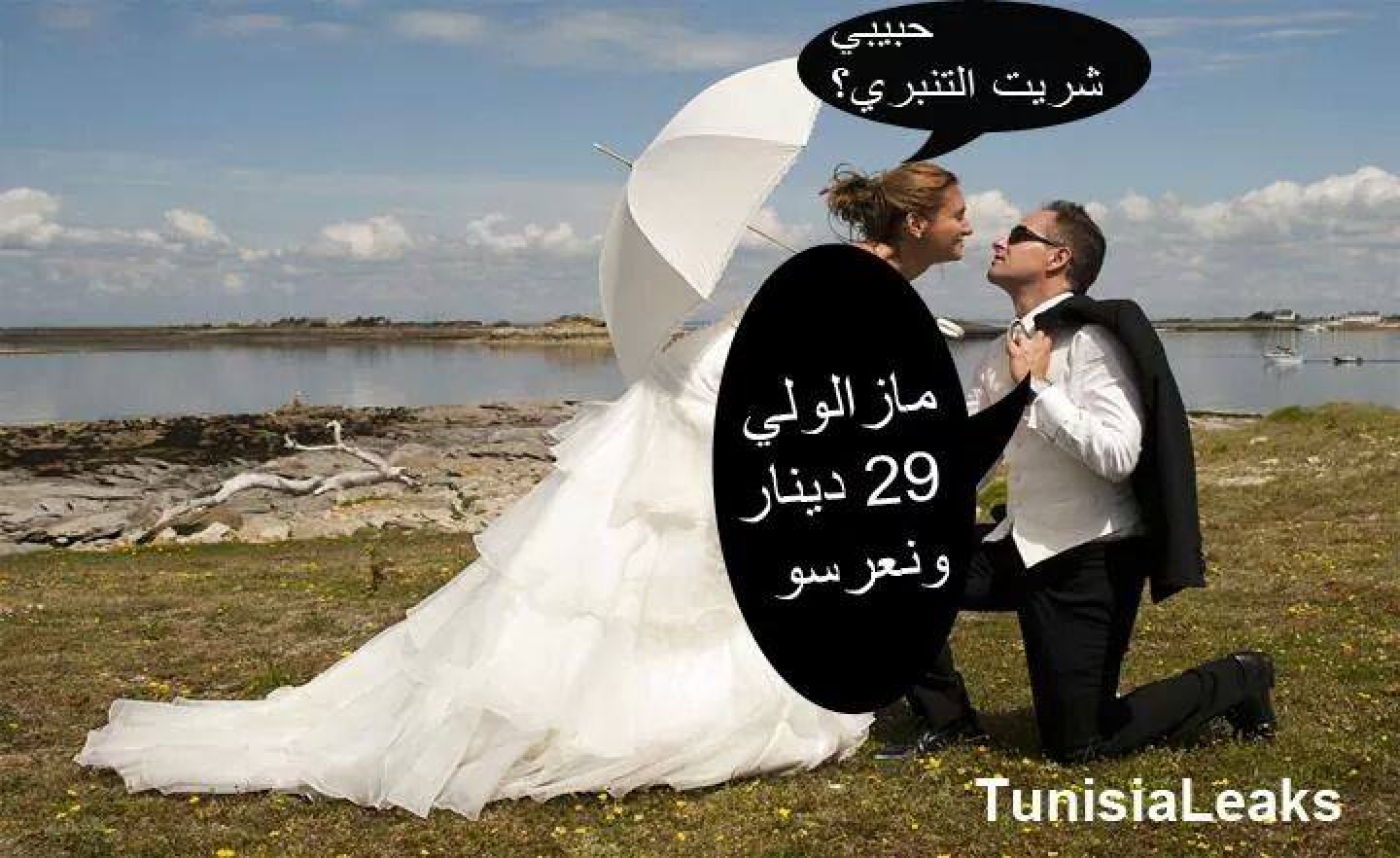 'Did you buy the stamp for me, my love?' To which he answers, 'I still need 29 dinars and we can get married' (Facebook)
By
Mamoon Alabbasi

Tunisian social media users, particularly on Facebook, have heaped scorn on a new marriage "stamp duty" the treasury is planning to impose.

Part of a wide-ranging legislation that’s hoped to tackle a gaping budget deficit, the tax slaps a 30 Tunisian dinars (US$18 dollars) charge on marriage certificates.

The fee is expected to take effect after Tunisia's interim parliament, the National Constituent Assembly, ratifies the budget of the technocrat government of Prime Minister Mehdi Jomaa.

"The government is very keen on looking after the health of its citizens, that's why it has increased the tariffs on tobacco, alcohol and marriage – basically everything that is bad for your health," one Facebook post read.

"A judge asked three people the reason why they married four wives: one said because he is lady's man and one wife is not enough; the second said he is a Salafi and wishes to practice Sharia law to the full; while the third said he is just a stamp collector," another commenter joked.

Most of the commenters appeared bemused by the tax.

"What if the treasury goes on strike? Does that mean all weddings will be postponed?" One post asked sarcastically.

"No, stamps will be sold in the black market, maybe the price will rise to 500 dinars. That way, everyone can earn a slice of the action," answered one person.

Some criticised people's negative reaction to the proposed law.

"People annoyed with a 30 dinar stamp are sexually depraved, and they don't even know it… What a scandal!" One post charged.

Another post by the same person jokingly advised people to have an unregistered marriage (usually used by those who want to keep their marriage secret) to avoid the fee. Many also used images to make their point.

One image showed a hand holding a ring's box that has a stamp inside it, while a woman appears to be crying out of joy over the surprise proposal.

Another image shows two lovers together, with the woman asking, "Did you buy the stamp for me, my love?" To which he answers, "I still need 29 dinars and we can get married."

A third photo showing the groom telling the bride that she has to pay him back the cost of the duty-stamp from the cash gifts of her hen night.

Another picture has a cartoon image of a man asking what happens if a policeman stopped him while he was out with his wife, would the policeman ask to see if he had paid for the road tax of his wife? 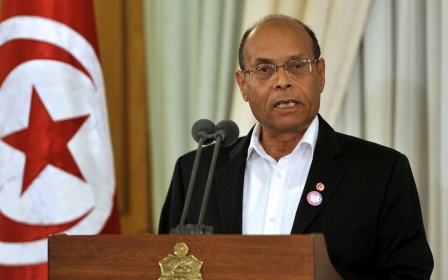