Turkish president tells US to remove forces from northern Syria 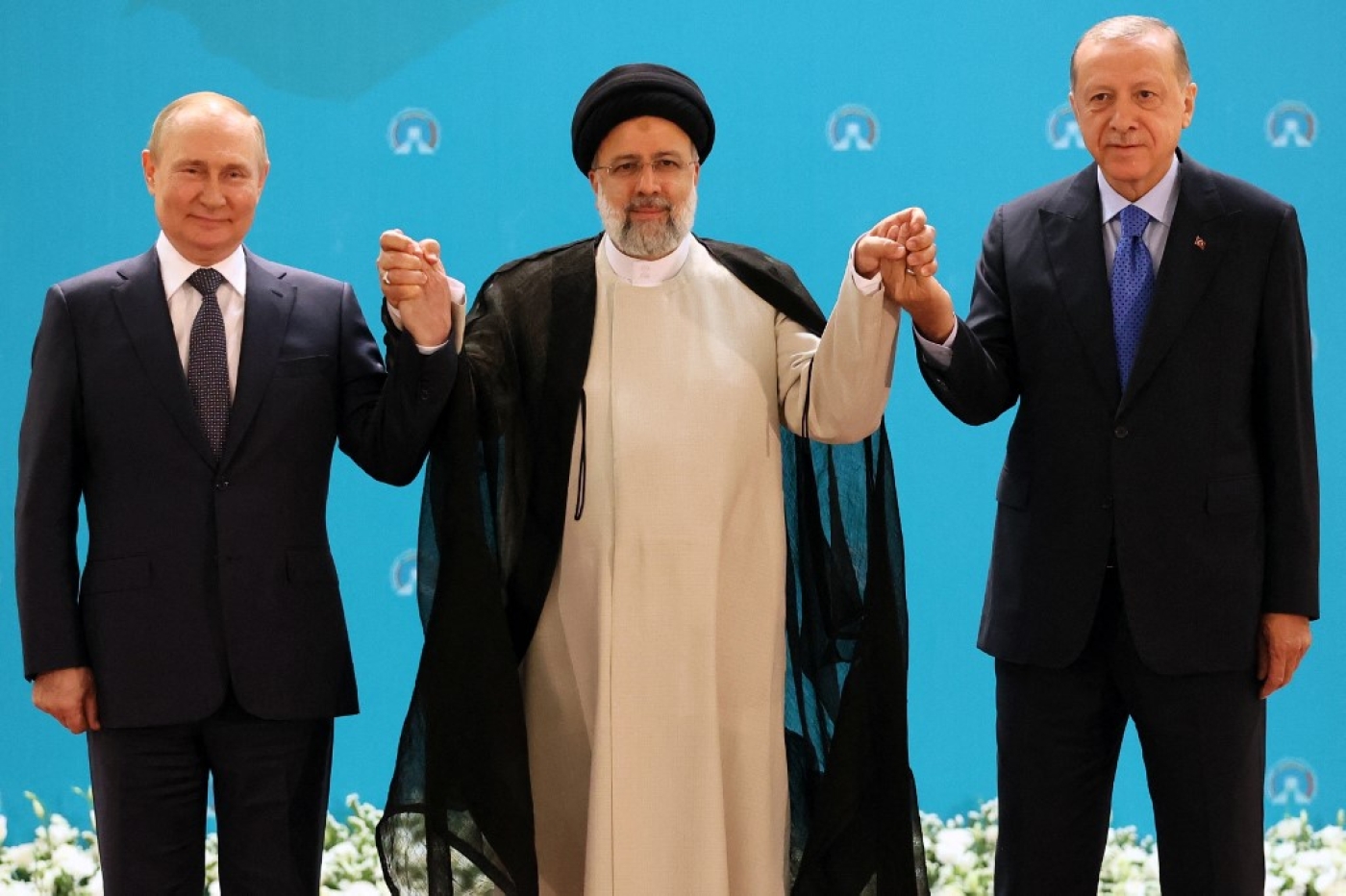 "The US needs to leave the areas on the east of the river Euphrates, this is our conclusion at the Astana [talks]," Erdogan told a group of journalists who accompanied him to Tehran on Tuesday for a trilateral summit with his Iranian and Russian counterparts.

'This terror group is sucking the oil wells in the east of the river Euphrates, they exploit them and then sell them to the regime'

"It is the US that feeds the terror groups there; it would ease our work if the US withdraws or cuts support to these groups."

In recent weeks, the Turkish military has been sending reinforcements to northern Syria, especially areas near the town of Tal Rifaat, which is held by the People’s Protection Units (YPG), a US-backed Kurdish militia that Turkey considers the Syrian branch of the Kurdistan Workers' Party (PKK), and a terror group.

The operation, if it goes forward, will be the fourth of its kind mounted by Ankara in northern Syria since 2016, and will be conducted with the declared purpose of combatting threats to Turkey from the Islamic State (IS) group and PKK-allied Syrian Kurdish groups, as well as enabling the resettlement of internally displaced Syrians.

Erdogan said Iran and Russia were in agreement against the PKK and YPG, and the group was also hurting the Syrian government.

“This terror group is sucking the oil wells in the east of the river Euphrates, they exploit them and then sell them to the regime,” Erdogan said, adding that the US was still aiding and abetting the Syrian Kurdish groups.

Local sources reported that Syrian government flags had been raised in YPG-held areas, such as Tal Rifaat and Manbij, to defuse a Turkish operation.

Law restricts US sale of F-16 to Turkey

The US House of Representatives passed a law earlier this month that restricts the sale of F-16 fighter jets to Turkey.

The amendment says the Biden administration cannot approve the sale of F-16s or aircraft modernisation kits to Turkey without stating to Congress that it was in Washington's national interests. The measure would also require the administration to show Congress that Turkey has "not violated the sovereignty of Greece" in the past 120 days, and that concrete steps have been taken "to ensure that such F-16s are not used by Turkey for repeated unauthorised territorial overflights of Greece".

Turkey made a request in October to the US to buy 40 Lockheed Martin F-16 fighters and nearly 80 modernisation kits for its existing jet fighters.

Erdogan said Biden did not set such sale conditions to him during their meeting on the sidelines of the Nato summit in Madrid last month. “Biden promised me that he would do everything in his capacity to approve the sale,” Erdogan said.

“Considering the current account of things, such a condition isn’t binding for us if they deliver the F-16s to us. We will have to see what happens during the midterm elections [in the US].”

Erdogan added that the Republicans might win control of the upper and lower chambers of the US Congress, which might change the US attitude towards the F-16 sale.