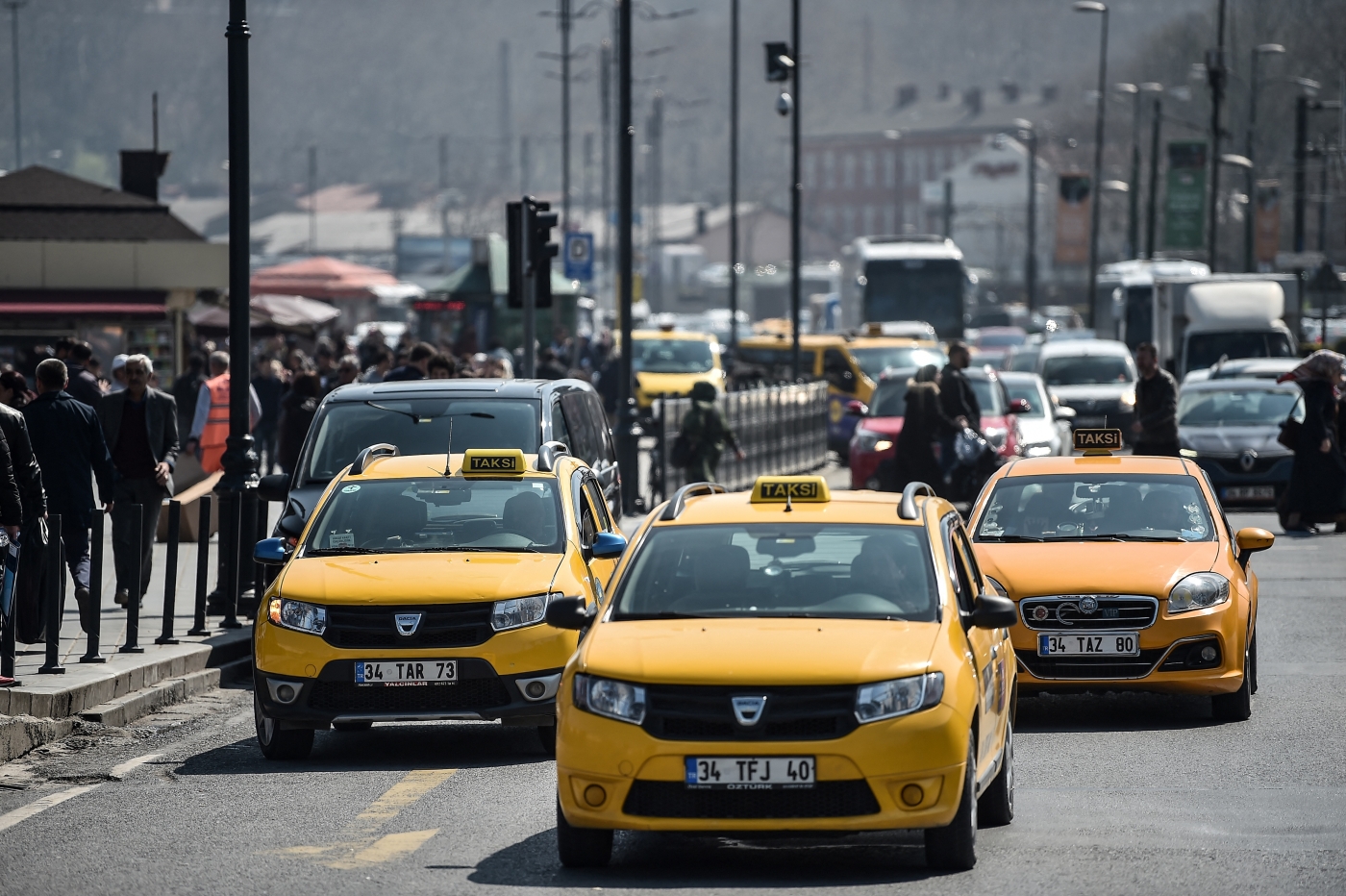 Official yellow taxis and van vehicles wait for their customers at the Eminonu district in Istanbul, on 30 March 2018 (AFP)
By
Ragip Soylu
in
Istanbul

Traffic information service INRIX reports that Istanbul was the 10th most congested city in the world last year.  According to traffic statistics provider TomTom, an ordinary Istanbul resident lost an extra eight days and eight hours by sitting in the traffic during the rush hour last year.

There are more than four million cars registered in Istanbul, which had resulted in 80 percent traffic density during rush hour until the last week of December. However, following the introduction of new expensive petrol prices, the density dropped to 55 percent last week.

Murat, an engineer in his 50s, told Middle East Eye that he wasn’t using his car for short distances anymore to save money after the latest hikes.

“Public transportation is now much cheaper than driving... after the soaring fares,” he said. Several taxi drivers also told MEE that less passengers were using the taxi after the hike.

“The demand for the taxi significantly came down after the recent price jump,” a cab driver said.

“Now people use the bus instead of taxi because it is much cheaper.”

Oil prices in Turkey have been going up due to the depreciation of the Turkish lira and global price hikes. Even though high oil prices are a global phenomenon, Turkey imports nearly 90 percent of its oil and the currency crisis has had a deep impact on prices.

The government has tried to stabilise prices in the last three months by decreasing the tax levied on the oil to nearly zero to compensate for the lira's depreciation, which saw it lose 44 percent of its value last year.

However, last December the tax was reintroduced and it pushed petrol prices to record levels of well over 13.50 Turkish lira ($0.98 roughly) per litre in Istanbul. There has been a 30 percent increase in petrol prices in the last month alone.

Istanbul municipality increased the fares for public transportation and taxis by 36 percent for the new year. The annual inflation in the country for 2021 also reached 36.08 percent.

Public transportation data provided by the Istanbul metropolitan municipality indicates that the number of citizens who used the metro in the first week of January jumped by nearly 700,000 people, reaching 14.2 million passengers.