Erdogan says Turkey does not seek removal of Assad in Syria 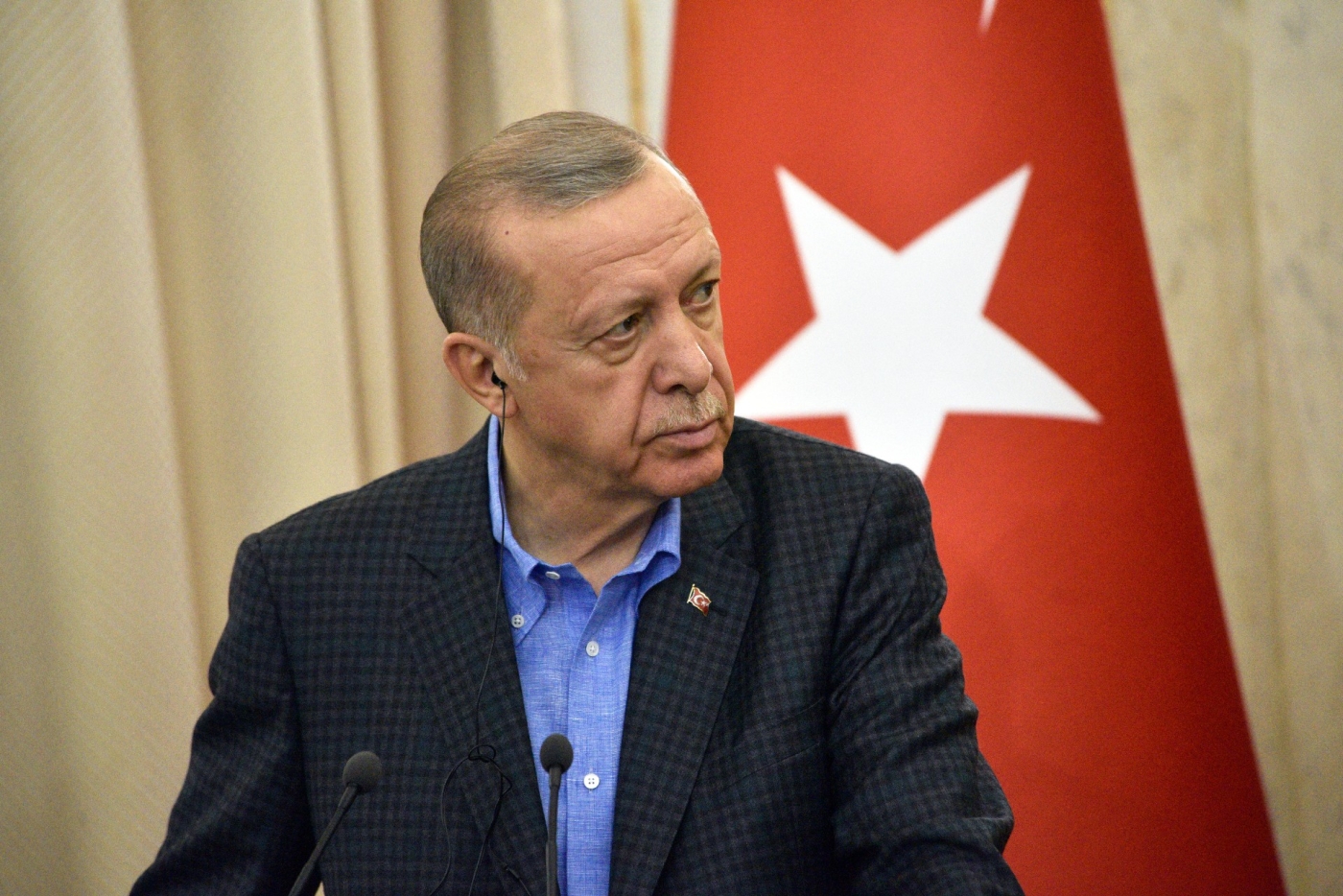 Turkish President Recep Tayyip Erdogan said on Friday that Turkey does not seek the removal of Syria’s Bashar al-Assad.

“We don’t have such an issue whether to defeat Assad or not,” he told journalists accompanying him on a trip to Ukraine.

“All the steps we have taken with Russians in northern Syria and the east and west of the Euphrates, there is a fight against terrorism.”

After a week of speculation that normalisation with the Syrian president’s government may be on the cards, Erdogan said Turkey will need to take “higher steps” with Damascus to end the “games” being played in the region.

He added that Turkey cannot totally cut off diplomatic relations with the Syrian government.

“You have to accept that you cannot cut the political dialogue and diplomacy between the states,” he said. “There should always be such dialogues. “

The Turkish president said he also wanted to work with Tehran in Syria but was unable to because “Iran has other plans as we see them”.

For weeks, Erdogan has suggested a Turkish military operation is close, with the aim of expelling Syrian Kurdish militants from areas around Syria’s Tal Rifaat and Manbij. On Friday, he once again stressed that Ankara was ready to launch the offensive.

He added that he discussed the issue with Russian President Vladimir Putin and told him that the Syrian Kurdish armed factions have been resourced by the Assad government through oil sales done between Kurdish-controlled Qamishli and Damascus.

“The source of the money is the regime,” Erdogan said. “We don’t want to postpone this issue anymore. We don’t eye the Syrian territories. Syrian people are our brothers.”

While a Turkish-Russian brokered ceasefire has largely kept the frontlines static since 2019, UN-led peace talks centred on drafting a new constitution have stalled.

Erdogan said that he hopes that a new constitution will be drafted as soon as possible and the needs of the Syrian people fulfilled.

“We don’t host four million Syrian refugees to be perpetually at war with the regime,” he said. “We host them because of our ties with the Syrian people, especially religion. We hope the process from now on would be beneficial for everyone.” Domestic pressure is growing on Ankara to warm relations with Damascus. The Turkish opposition's calls for reconciliation between Turkey and Syria are increasing every day, as the public grows increasingly hostile to the nearly four million Syrian refugees in the country.

The Syrian government became an international pariah when it violently cracked down on protests in 2011 and sparked a civil war that is continuing and believed to have cost half a million lives.

Syria remains the biggest displacement crisis in the world, with 6.8 million refugees and 6.2 million people internally displaced, according to UN figures.

But in recent years, many Arab countries, most prominently the UAE, have resumed ties with Damascus. Several have been urging the Arab League to reinstate Syria. Meanwhile Washington has held direct talks with Syrian officials seeking compromises and the release of US journalist Austin Tice.

Crippled by a decade of war, harsh sanctions and a devastating economic crisis, Damascus is keen to re-engage, but many in Ankara find the Syrian government's conditions for talks, not only with Turkey but also with the US and the Arab League, unrealistic.