Both sides claim victory in mayoral race, but electoral board puts opposition candidate narrowly ahead in possible blow to Turkey's ruling AKP 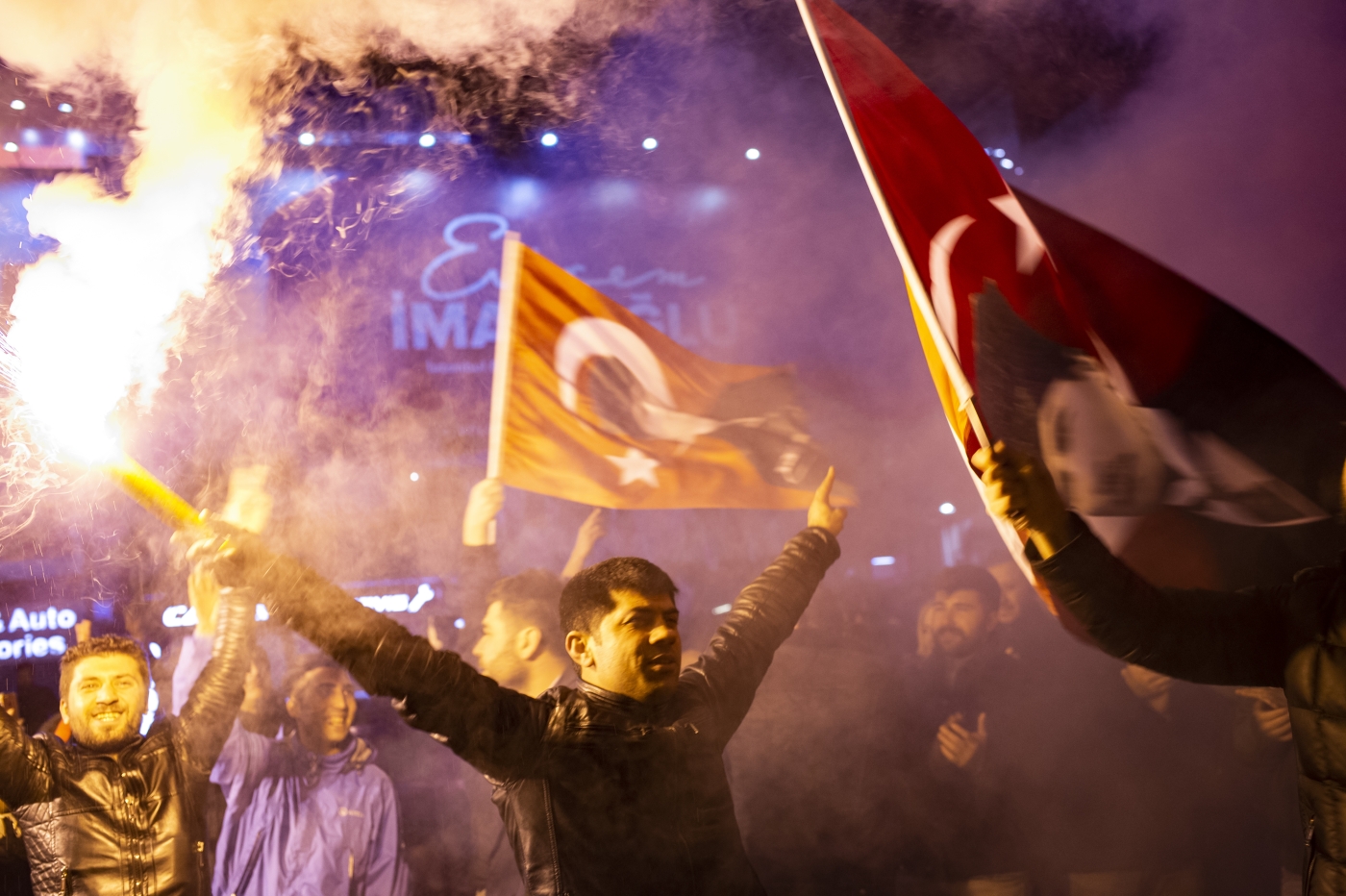 CHP supporters celebrate in Istanbul early on Monday morning after the party claimed to have won the city's mayoral election (AFP)
By
Omer Faruk Gorcin
in
Istanbul, Turkey

The most contentious election night in Istanbul's history ended in uncertainty with both the ruling Justice and Development Party (AKP) and the main opposition claiming victory in the city's mayoral election.

In a statement on Monday morning, the head of Turkey's Supreme Election Board (YSK) said that Ekrem Imamoglu, the candidate for the main opposition Republican People's Party (CHP), was ahead by about 28,000 out of about 8.5 million votes cast in Turkey's biggest city.

However, the closeness of the result means that several recounts could be required before official results are announced.

Sadi Guven, the head of the YSK, also said that procedures to challenge the vote were proceeding, and said that 84 ballot boxes were still to be counted.

If confirmed however, the result would mark a major blow for Turkish President Recep Tayyip Erdogan's AKP, which had put forward a former prime minister, Binali Yildirim, as its candidate.

Earlier, Yildirim, a close Erdogan ally, had claimed victory for the AKP in the early hours of Monday morning.

In a speech to supporters gathered outside the AKP's Istanbul headquarters, Yildrim said: "According to unofficial results, we have won the election in Istanbul. We thank the people of Istanbul for giving this responsibility to us."

Imamoglu was more hesitant to claim victory, but later said he believed he had won the mayoral race by 28,000 votes.

Speaking to reporters, Imamoglu said: "I am aware of our victory, but my modesty, my principles, and my conscience refuse to declare." 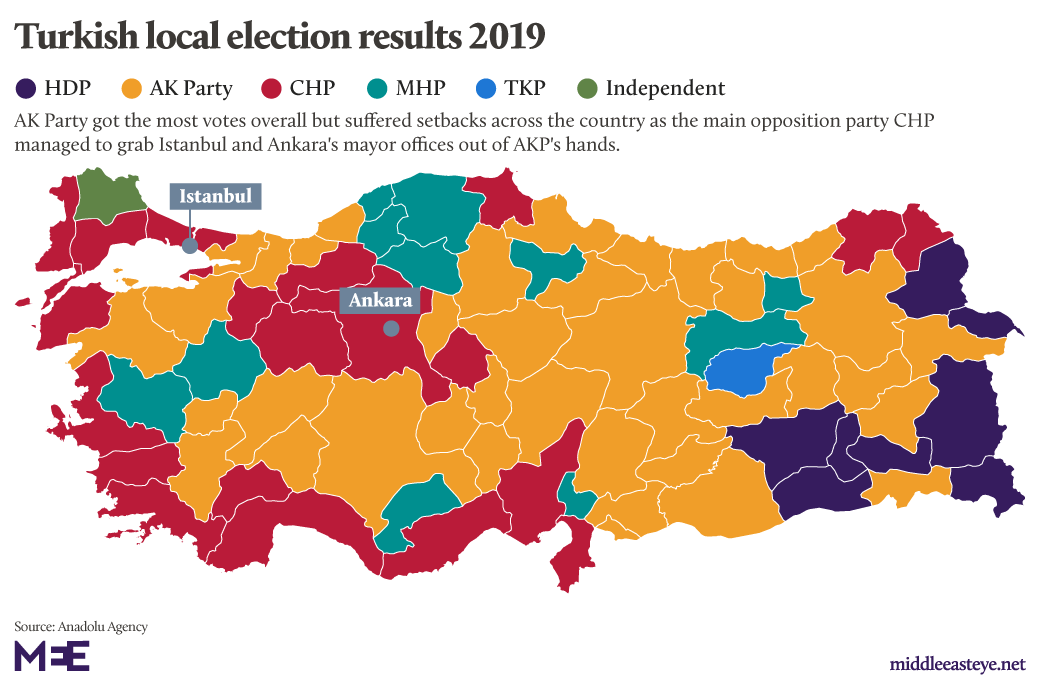 However, by Monday morning he had updated his Twitter account to describe himself as the Mayor of Istanbul and said that the head of the YSK had confirmed his victory.

Further confusion was added to the mix when Erdogan failed to mention the AKP winning in Istanbul in a wider speech about the night's local election results, which was interpretated by some local media outlets as a sign that the AKP had lost a city where Erdogan himself had launched his political career as mayor in the 1990s.

But Erdogan's director of communications hit back on Twitter and said: "Our president did not have any remarks on Istanbul that contradicted Mr Binali Yildrim's statement."

Later in the day, AKP officials suggested that "voting irregularities" had affected the outcome, and suggested that about 17,000 votes credited to the CHP should actually have gone to the AKP.

Yildirim also queried the result saying there had been at least 300,000 invalid votes in Istanbul.

And the party said it would appeal every election result in Ankara, Turkey's capital, where the CHP appeared to have won the mayoral race, according to preliminary results.

But Ferhan Kalayli, a CHP activist for more than a decade, told MEE that his party's victory in Istanbul was clear.

“The AKP will probably file an objection to the results and will try to prolong the process. We prevailed at the ballots, and we will take all the necessary steps to save it,” he said.

He said the failing economic situation in Turkey, the calm and soft campaign style of Imamoglu and the alliance strategy of the CHP, which formed a coalition with the nationalist Good Party (IYI) to counter the AKP's own alliance with the ultra-nationalist MHP, had played significant roles in the success of the campaign.

“My primary motivation was to weaken the rule of the AKP. There were two leading candidates in Istanbul, so I voted for Ekrem Imamoglu. And I believe that he won, because Anadolu stopped publishing any results after one critical point,” said a 28-year-old consultant who declined to disclose her name.

Yildrim, a former transport minister, is well known for his role in Turkey's vast infrastructure projects and his jokey style. He was Turkey's last prime minister before the post was abolished last year when the country switched to a presidential system.

Many voters who spoke to MEE described Yildrim's experience as a reason for voting him in and said they believed he had won the election, despite the closeness of the vote count.

"Voters knew what he could give to them and voted him in."

Losses in Ankara's local elections, however, cast a shadow over celebrations in Istanbul after the AKP lost the city's mayoral election to the CHP, although the party, long a dominant electoral force in Turkey, won about 45 percent of votes nationwide.

"I voted for the AKP because of President Recep Tayyip Erdogan," said Harun Ci, who had come to celebrate outside the AKP's Istanbul headquarters.

"I was expecting a tight race in Istanbul, and this result was no surprise to me, but news coming out of Ankara is worrying me."

"Losing in Ankara and Antalya truly overshadowed tonight's victory," Demirci told MEE, as he followed the elections on his phone while sitting in a cafe in the famous Istiklal street in central Istanbul.

"Good results coming from eastern Anatolia was a relief for me and many others," he said, referring to gains the party had made from the pro-Kurdish People’s Democracy Party (HDP) in the southeast of the country.

"The people at the end of the day cast their votes based on ideology. If they really wanted quality and someone to make a difference, then the AKP would be more successful."

Istanbul was the place where it all started for Erdogan 25 years ago when his victory in local elections in Istanbul in 1994 set him on a path which has seen him dominate Turkish politics since the AKP's breakthrough election win in 2002.

The loss of Turkey's economic capital, along with its political capital, would represent a major blow for Erdogan's leadership.

But, after a referendum and three elections in the last four years, the next chance for Turks to have their say on the country's leaders will not come until presidential elections in 2023. 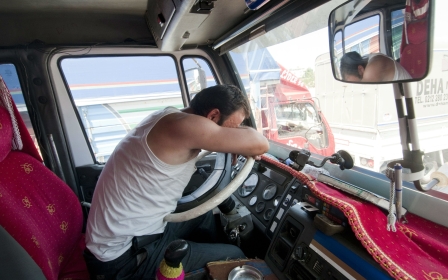 Turkey Chooses
Who will get the green light in Istanbul? Traffic crisis key issue in mayoral race