A British PhD student has been sentenced to life imprisonment in the United Arab Emirates on charges of spying for the British government.

Matthew Hedges' family revealed the news in a statement on Wednesday following an appearance by the Durham University student in an Abu Dhabi court.

Hedges, 31, was in Dubai researching the UAE's foreign and internal security policies. He was originally arrested in May and spent months in solitary confinement with little consular access or contact with family members.

This whole case has been handled appallingly from the very beginning with no one taking Matthew’s case seriously. The British government must take a stand now for Matthew

Nikita Bernardi, spokesperson for the Hedges family, said the hearing lasted less than five minutes. There was no lawyer present, she told MEE.

She added that Hedges' family were in "complete shock, disbelief and anger" at the result. British government officials present at the hearing were also "very shocked".

Hedges' wife Daniela Tejada, who was present during the hearing, reaffirmed in a statement released shortly after the verdict that Hedges was "innocent", but that she now didn't "know what to do."

"This whole case has been handled appallingly from the very beginning with no one taking Matthew’s case seriously. The British government must take a stand now for Matthew, one of their citizens," she said.

"They say that the UAE is an ally, but the overwhelmingly arbitrary handling of Matt’s case indicates a scarily different reality, for which Matt and I are being made to pay a devastatingly high price."

In a statement, UK Foreign Secretary Jeremy Hunt said he was "deeply shocked and disappointed by the verdict". He added that it was not what was expected "from a friend and trusted partner of the UK and runs contrary to earlier assurances.”

According to the family's statement, Hunt is still yet to meet with Hedges' family, despite the foreign office telling MEE last month that a meeting was being arranged.

Speaking on the issue during the weekly Prime Minister's Questions in parliament, in response to a question from Crispin Blunt MP, UK Prime Minister Theresa May said she and the foreign office would remain in close contact with the Hedges family and their lawyer over the case.

"We are of course, as [Blunt] is, deeply disappointed in today’s verdict and I recognise how distressing this is both for Matthew Hedges and his family. We are raising it with the Emiratis at the highest level," she said.

She said that Hunt had met with Abu Dhabi Crown Prince Mohammed bin Zayed and Foreign Minister Abdullah bin Zayed and raised the issue with them.

"I can assure my honourable friend and other members that the foreign office will remain in close contact with Matthew, his family and his lawyer," she said.

"And it's quite astonishing because the UAE has tried to build itself and its profile internationally," she said, pointing out that prestigious international universities have campuses in the UAE.

In response to a question about whether they would be changing their travel advice for the UAE, a spokesperson for the British foreign office said they kept their "travel advice under constant review."

Dominic Benson, Deputy Director of Communications at Birmingham University - who have a campus in Dubai - told MEE their "thoughts were with the family" but would not be drawn on whether the news of Hedges arrest would affect the management of the campus.

He said that extensive advice already existed on the university's website for students working in Dubai.

Hedges is not the first foreign national to be arrested in the UAE on accusations of spying or having links to outlawed organisations.

The Gulf state has previously been accused of employing extrajudicial methods to crack down on dissent within its borders and has been repeatedly criticised for its human rights record.

A 2016 Amnesty International report said that forced disappearances were pervasive in the country.

Nicholas McGeehan, a former Bahrain, Qatar and UAE researcher at Human Rights Watch, warned that there was no independent judiciary in the country, despite its claims to the contrary. 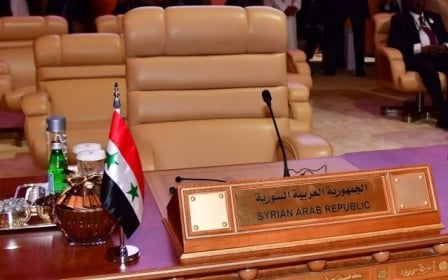