Kuwait's Mubarak al-Duwailah, when he was member of parliament in July 2002 (AFP)
By
MEE staff

Duwailah was referred to the UAE's Federal Supreme Court, over remarks he made during a TV interview in December about Abu Dhabi's powerful crown prince, Sheikh Mohammed bin Zayed al-Nahayan.

A leading figure in the Islamic Constitutional Movement, an offshoot of the Muslim Brotherhood in Kuwait, Duwailah has reportedly accused the UAE of being "against political Sunni Islam" while taking a soft stance towards Shiite militants.

Duwailah attributed the UAE's anti-Brotherhood stance just to one man, "Sheikh Mohammed bin Zayed who personally has this position (against the Brotherhood) and has managed to impose it on the state."

"I don't think it's the UAE... it's a one-man show …We don't know why Mohammed bin Zayed is against Sunni Islam," Duwailah said.

In Kuwait, Duwailah was questioned by the public prosecution in January over allegation of insulting the leaders of a friendly country and endangering diplomatic ties with the UAE. He denied the accusations and no charges were pressed.

Prior to his referral to the UAE's top court, Duwailah had faced criticism from Emirati officials in December over his remarks in the interview. A number of Kuwaiti officials have also distanced themselves from Duwailah's remarks.

Duwailah recently wrote that because of a focus by some Gulf states "to eradicate [the Muslim Brotherhood] not only from the region but also from all over the world … we lost Yemen, Syria’s Bashar Al Assad is re-established, and Libya is in total chaos."

"Note that the Muslim Brotherhood has not fired a single shot on Gulf territory since its inception," he added, calling on the Gulf governments to pursue "popular cohesion by reconciling with the people and respecting their choices." 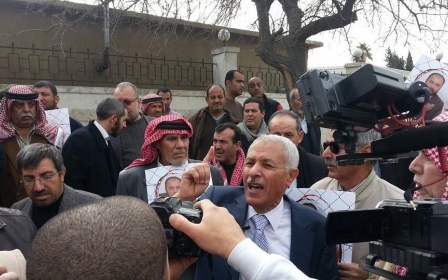