Uighur Muslims living in Turkey filed a lawsuit accusing the Chinese government of genocide, torture, rape and crimes against humanity 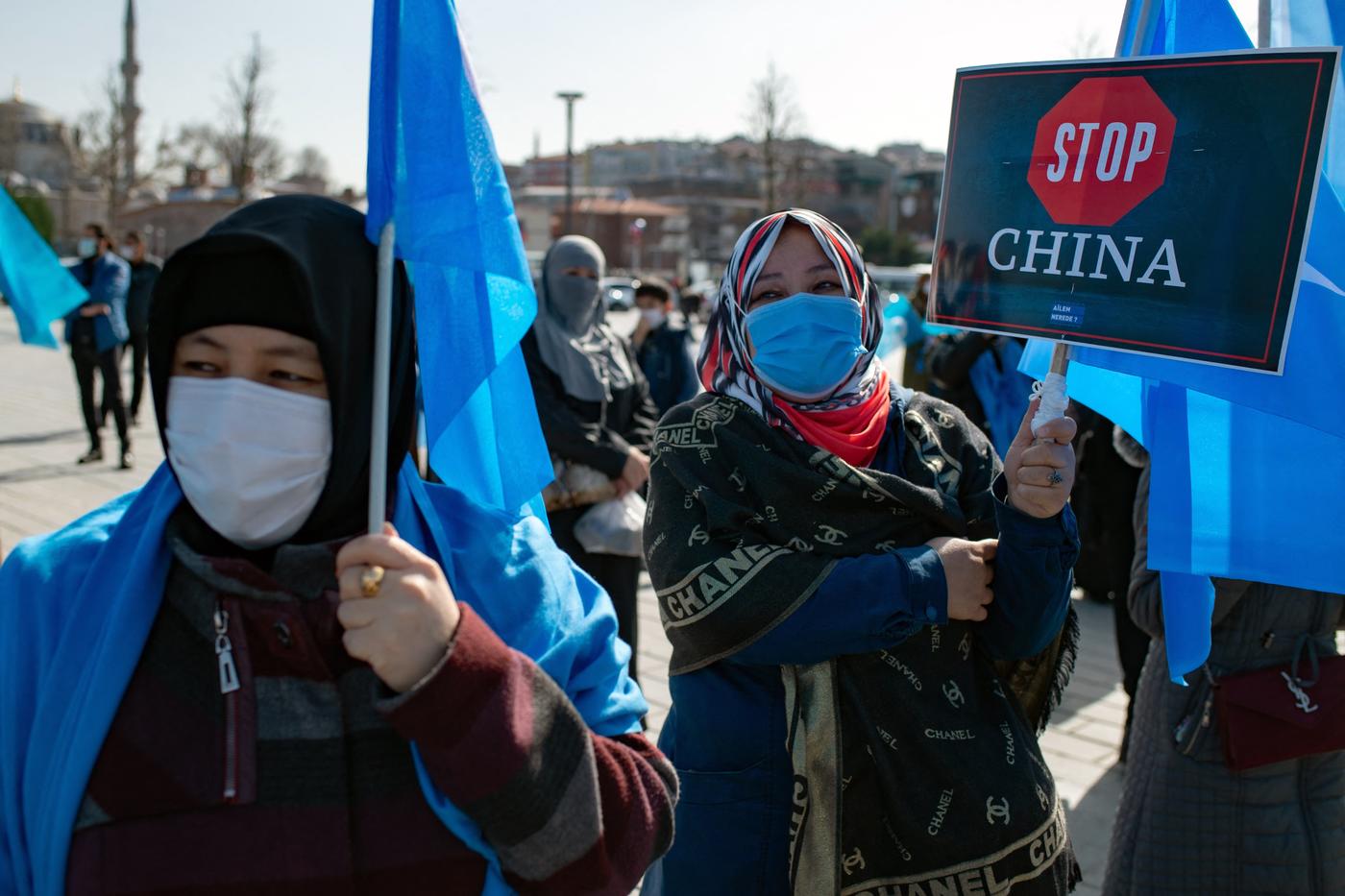 Uighurs living in Turkey are seeking justice against the Chinese officials responsible for the rights violations against family members held in internment camps in China. The lawyer representing the Uighurs – Gulden Sonmez – is building the case based on witness statements, photographs and videos, documents, and reports prepared by governmental and non-governmental organisations on the systematic oppression and detention of Uighurs in China.

Witnesses who have escaped the camps revealed systematic sexual abuse and rape taking place inside what China calls "vocational centres".

“In the criminal case, the crimes of genocide, torture and rape were covered extensively in evidence,” Sonmez told Middle East Eye.

“Incidents of rape and systematic sexual assault in the concentration camps were identified in the testimonies and forensic medical examinations of witnesses who had somehow escaped from the camps recently.”

Testimonies of forced labour and sterilisation in re-education camps of over one million detained Uighurs first started to appear in 2017, but other types of violations and discrimination date back decades before that.

Middle East Eye has reviewed several testimonies of the Uighurs who are part of the lawsuit and most of whose family members are detained in China.

In one testimony, Abrurahman Tohti said he moved to Turkey in 2013 and lost contact with 11 family members living in China around 2016.

Four years later, he came across the first sign of life from a relative – a TikTok of his youngest son Abdul-Aziz.

“My son was in a place that looks like a children's concentration camp,” Tohti wrote in his testimony.

In the short video, his son talks to his Chinese teacher who asks him where he got the food he was eating.

“I got it from the trash,” Abdul-Aziz said.

China denied the camps existed when the reports first came out, but it has since acknowledged that the centres are being used to fight extremism without the use of violence.

Some of the Uighurs involved in the lawsuit have Turkish nationality and are calling on the Turkish government to act on crimes committed against its citizens.

“Uighurs in Turkey are the mainstream of Uighur activism, they have been playing an important role and the lawsuit will encourage them to go further,” Abduweli Ayup, a Uighur activist and writer living in Norway, told MEE.

“It will put pressure on the Turkish government, it will show the world that they are seeking a peaceful way to protect their rights.”

'In the past four years, I tried every way I can, but I still have no information about my family ­- the atrocity against my people did not end'

The complaint was filed with the Istanbul Chief Prosecutor's Office, and it aims to hold accountable 112 Chinese officials, including Chinese President Xi Jinping, thought to be responsible for facilitating violations of the fundamental rights of the long-oppressed ethnic minority.

Nursimangul Abdureshid grew up in Kashgar, China, and, in 2015, decided to pursue a postgraduate degree in Turkey.

Abdureshid, whose sister was also studying abroad, lost contact with her parents and two brothers in June 2017.

“My parents’ biggest dream was to see our success; they hoped my sister and I studied until we got our PhD degrees and established successful careers, and they wanted their two sons to succeed with their businesses and have a good life,” she said in her testimony.

“Unfortunately, now, they are suffering in China’s 21st-century concentration camps.”

Abdureshid believes that the detention of her family members is part of the Chinese government’s efforts to erase the Uighur culture.

Abdureshid wrote in her testimony that any accusations brought against her family, who do not have any criminal records, represent an effort to cover up the genocide against her people.

“On the contrary, our family always respected law and order and was praised as a model family of our village all the time,” she said.

“As a child, as a sister, I just want to reunite with my family. In the past four years, I tried every way I can, but I still have no information about my family ­- the atrocity against my people did not end."

An estimated 50,000 Uighurs live in Turkey, the largest Uighur diaspora outside Central Asia.

The Muslim-majority Turkic minority have sought refuge in Turkey since 1952, when the Turkish government offered asylum to those fleeing the Xinjiang region – also known as East Turkestan – as a fledgling communist China cemented its hold.

Uighurs and Turks have a deep ethnic bond and speak the same Turkic language. Their integration in Turkey has been easy and the sizeable Uighur population is a testament to that.

When she filed the lawsuit, Sonmez was accompanied by more than 50 Uighurs waving the blue and white flags of the independence movement of East Turkestan.

The people were also holding the photos of missing family members, calling for justice to be served to the Chinese officials accused of serious crimes under international law.

The universal nature of the crimes provides lawyers with the ability to prosecute Chinese officials outside the country.

"China is a member of the UN and should be subject to multiple sanctions for crimes of genocide and torture," Sonmez said in a tweet on the day she filed the lawsuit.

The Chinese embassy in Ankara and the Ministry of Foreign Affairs did not respond to requests for comment about the accusations brought by the lawsuit before publication.

China has ratified an extradition treaty with Turkey last year. Critics fear that the treaty could pave the way for tens of thousands of Uighurs to be deported and imprisoned in internment camps that rights groups say constitute a “cultural genocide”.

The Turkish foreign minister said in March that the deal was similar to those Ankara has with other states and it will not lead to Uighurs being sent back to China. But activists and the Turkish opposition have accused the government of prioritising strategic interests, such as trade and energy, over the safety of Uighurs living in Turkey and their families.

“The Uighurs held a protest in front of the Chinese embassy for almost a year, but they haven't received any responses,” said Ayup, “they tried so hard to make the authorities listen to them.”

Turkey’s President Recep Tayyip Erdogan has called on Xi to protect and respect the rights of Uighur Muslims living in China but he made it clear that Turkey will not overstep on China’s national sovereignty.

The UN and rights groups such as Human Rights Watch and Amnesty International estimate that more than a million people, mainly Uighur and other Muslim minorities, have been detained in recent years in camps in Xinjiang.

“All concentration camps must be closed, the genocide stopped and criminals punished,” said Sonmez.

“The first step in this process should be taken in Istanbul in the Turkish judiciary and prosecutors and all state institutions must act immediately to rescue the Turkish citizens detained in the camps.”