Lawyers for a 22-year-old Israeli student say they have been given permission to press on with their client's case at a UK Upper Tribunal, where they will argue he should be granted asylum on the grounds that Israel is an apartheid state.

The rabbinical student, who has been granted an anonymity order, fled Israel in 2017 after he received a letter requiring him to report for military service.

After months in a lower tribunal - and several years into the student's asylum claim - the case will now have the potential to set a legally binding precedent that could impact future Palestinian and Israeli asylum cases in the UK. "The case could help provide asylum for anti-Zionist Jews & Palestinians persecuted for opposing apartheid," Franck Magennis, one of the student's lawyers, tweeted on Thursday.

The Upper Tribunal can make findings about countries and conflicts that are legally binding and are then reflected in guidances that help inform judges and UK Home Office officials with their decision.

MEE understands that the Israel-Palestine guidance has not been updated since 2007.

The student rejects Zionism and Israel’s existence based both on his political beliefs and his ultra-Orthodox Jewish faith, an interpretation of which teaches that Jews should not return en masse to the Holy Land until the return of the messiah.

His lawyers say he was beaten and spat on by Israeli police officers and also sprayed with skunk water for taking part in anti-Zionist protests before he fled the country.

His initial asylum claim was refused by British Home Secretary Priti Patel in December 2020. Last month, a UK judge ruled he would face "inhuman and degrading treatment" if he was returned to his home country and granted him leave to remain in the UK, which is subject to renewal.

At the time, the student said he welcomed the ruling, but was disappointed that the decision focused on his mental health rather than addressing the key aspects of his legal team's argument, including "the persecutory nature of Zionism".

"My protesting against the state, my refusal to be conscripted, and the persecution I was subjected to by the Israeli authorities did not occur in a vacuum and must be viewed through the racist and oppressive structures of the state of Israel," he said. 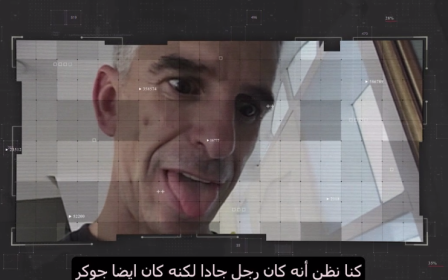