Bahrain, Egypt and Saudi Arabia among recipients on the UK’s own human rights concern list 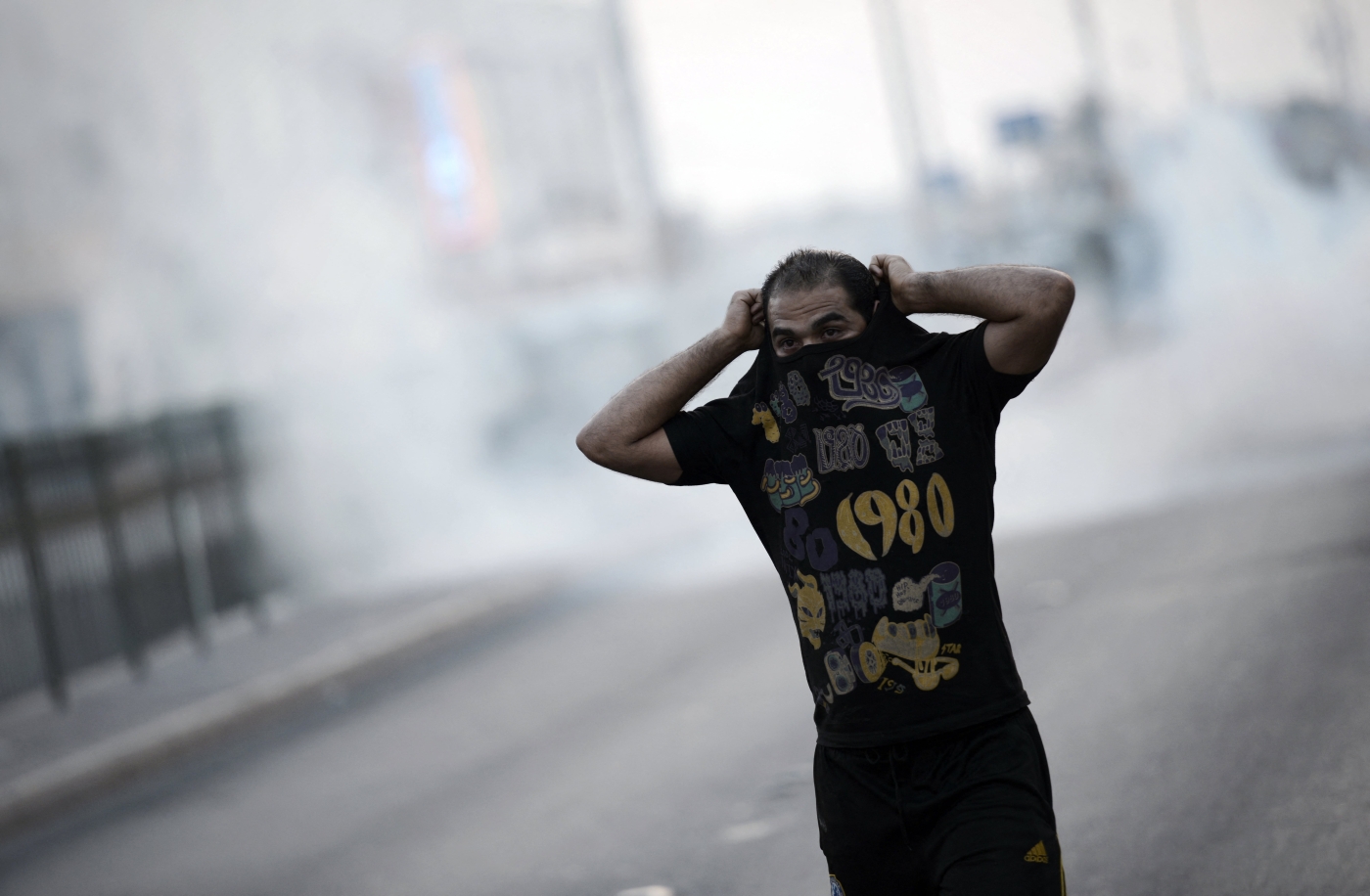 The British government has authorised exports of tear gas to numerous authoritarian states in the Middle East over the past decade, including the UAE, Saudi Arabia, Egypt, Bahrain, Kuwait, Jordan and Oman, new research reveals, despite several of the countries being on its own human rights priority list.

Since 2008, the British government has approved licences for tear gas to 70 countries, according to data compiled by British NGO Action On Armed Violence (AOAV).

Details of the deals are scarce. The UK export system gives little information on the value of each sale, whether they actually go through, and when they are delivered. 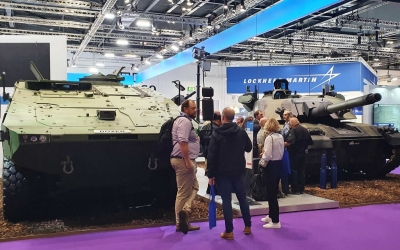 But the data do show that the United Arab Emirates, Bahrain, Kuwait, Jordan and Oman have all been approved for multiple exports of tear gas, despite documented examples of it being used for internal repression, while Saudi Arabia and Egypt have both been approved once for such shipments.

“There is much talk about a post-Brexit Global Britain, but such global trade is also in weapons that have been used in repressing and undermining democratic protest,” said AOAV’s executive director, Iain Overton.

“So, when we are exhorted to Build Britain Back Better, should this involve not selling armaments that seem only to make things worse?”

Britain’s Department for International Trade describes its licencing system as “one of the most comprehensive export control regimes in the world”, and told Middle East Eye, “the government takes its export responsibilities seriously and rigorously assesses all export licences in accordance with strict licensing criteria,” a line repeated when queries are made about the human rights implications of weapons sales.

A group known as the UK Export Control Joint Unit, whose reports formed the basis of the AOAV research, approves tear gas exports from UK companies. A licence should not be granted, its approval criteria reads, “if there is a clear risk the items might be used for internal repression”.

In 2019, when it was proven that UK-made gas canisters had been used to quell pro-democracy demonstrations in Hong Kong, the UK issued a ban on exports of “crowd control equipment” to the Chinese administrative region.

But many Middle Eastern recipients of UK tear gas, which can cause numerous grave health side effects, including blindness and even death, have a history of using the chemical irritant to violently clamp down on protests, and data show export requests are rarely refused.

“The case of Hong Kong shows that they do have the mechanisms to prevent British-made weapons being used for internal repression,” Murray Jones, the author of the AOAV report, said. “So [the UK government's] inaction on sales to the UAE, Bahrain, Jordan, Kuwait and Oman becomes even harder to defend."

The single largest approved export to any Middle Eastern country in the data is a 2014 deal for tear gas and “crowd control ammunition” to the UAE worth £6,124,000. It is one of five licences approved to the Gulf kingdom since 2012.

Protests there are rare, so there are few known cases of tear gas use, but the UAE has repeatedly detained opposition figures and arrested dissidents. It has also been accused of war crimes in Yemen, Libya and elsewhere.

In 2011, the UK reviewed its licenses to Bahrain, when it emerged that UK-supplied tear gas had been used against peaceful demonstrations in the Gulf island, during what is known as Bloody Thursday.

A report published the following year found that in a 12 month period at least 13 people had died as a direct result of the Bahrain authorities' use of tear gas.

The report, written by Physicians for Human Rights, found that areas regularly tear-gassed had seen large increases in miscarriages and respiratory problems.

Despite the review, Britain approved four more licences for tear gas ammunition to Bahrain, in 2013, 2014, 2015 - when authorities again used tear gas on civilians to repress anti-corruption protests - and 2018.

A foreign office statement on human rights in Bahrain last year stated: “Challenges around freedom of expression, lack of media diversity, and a culture of self-censorship also persisted, with Bahrain dropping to 169 out of 180 countries in the 2020 World Press Freedom Index.”

Tear gas was fired during anti-government protests in Jordan in 2012, as people took to the streets in a rare show of dissent against King Abdullah.

Then in 2020, authorities used tear gas to break up a group of 500 Sri Lankan migrant workers, mostly women, demanding to be repatriated.

The UK approved three tear gas licenses to Jordanian law enforcement between 2015 and 2018.

In 2012, tear gas was used in Kuwait when anti-government protests erupted after the emir changed election rules to help pro-government candidates.

Tear gas was again used to break up protests, this time against corruption, two years later. One activist was wounded when a tear gas canister struck his head, the Associated Press reported.

The UK has since 2015 authorised five tear gas licenses to Kuwait and refused one.

Oman deployed what appeared to be UK-made tear gas against peaceful protesters in May this year.

The UK government has issued the country 20 tear-gas licences since 2008, making Oman the fourth most frequent buyer, behind France, Germany and Singapore. 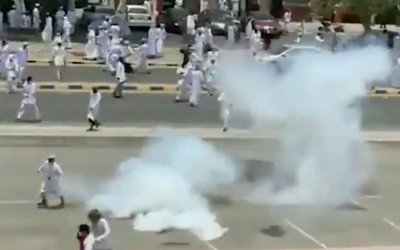 Oman: Campaigners call for investigation over use of UK-made tear gas
Read More »

Oman, listed as a priority market by the UK government, is a key buyer of UK arms, according to AOAV.

One of the largest UK arms contracts during the past decade, for example, was a £2.5bn deal for 12 Eurofighter Typhoon combat aircraft delivered in 2018.

British forces are based at over 16 locations across Oman.

The UK defence ministry currently loans 285 personnel to 15 different militaries around the world - nearly a third of them are based in Oman.

This is not the first time the UK has been shown to be exporting arms to countries it deems human rights concerns.

In September, six of the countries on the UK’s list of invitees to Defence and Security Equipment International, one of the world’s biggest arms fairs, held biennially in London, were on the foreign office’s human rights priorities list.

Control Arms, a group of organisations advocating for arms trade transparency, recently called on the UK government’s Committee on Arms Export Controls to provide “a detailed explanation of how the government manages the export control process for prospective and ongoing arms deliveries to countries it identifies as Human Rights Priority Countries.”

Shadow Minister for Peace and Disarmament Fabian Hamilton MP said: “The UK Government must consider the impact that the sale of this equipment has on human rights around the world, and MPs on the Committee on Arms Export Controls must be permitted to undertake appropriate scrutiny.

“It is vital that the government is not granting licences for arms sales to countries where there are legitimate concerns that equipment may be used for internal repression or in violation of international law.” 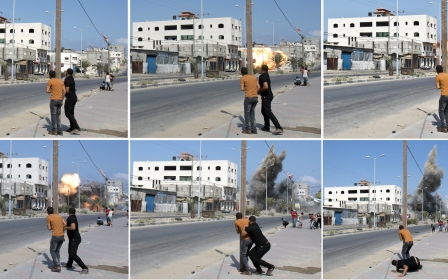 Gaza Under Attack
Which countries and companies are selling arms to Israel? 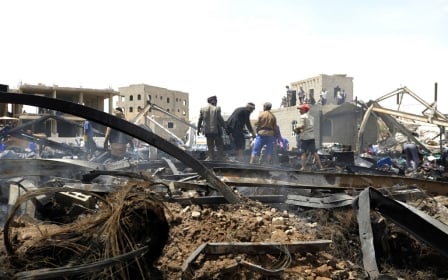 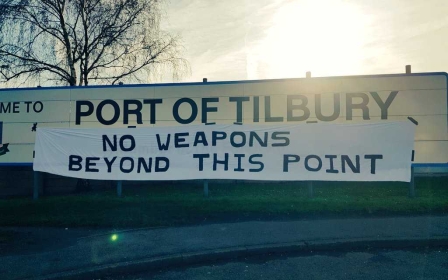