Oman: Campaigners call for investigation over use of UK-made tear gas 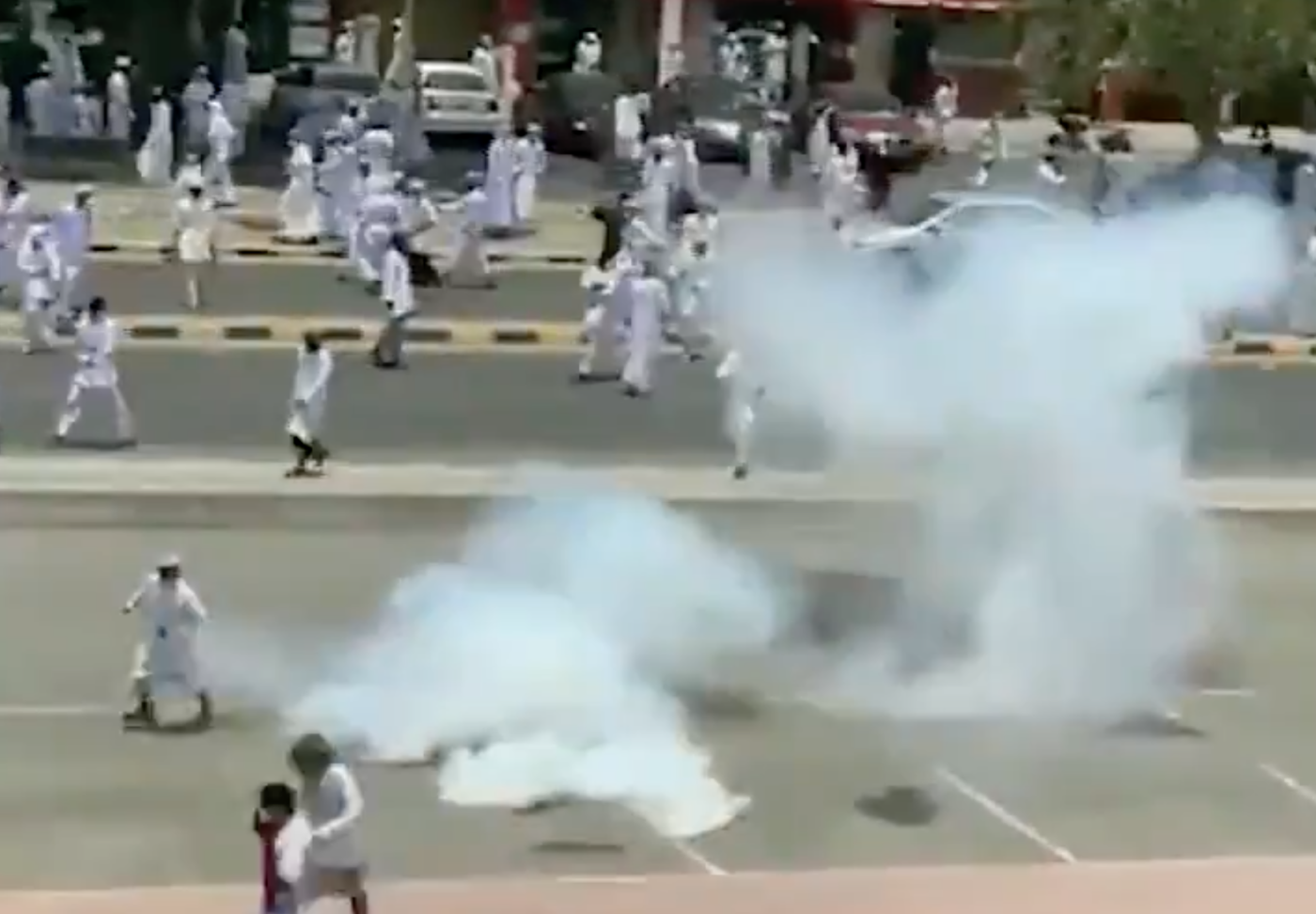 The UK government must investigate the use of British-manufactured tear gas in a police crackdown on Omani protesters, a campaign group said on Wednesday.

Images released on social media by investigative reporter Phil Miller appeared to show that canisters produced in 2012 by PW Defence Ltd, a manufacturer based just outside the city of Derby, were used to target demonstrators protesting against unemployment and corruption in the Gulf state.

Hundreds of Omani men demonstrated in the northern port city of Sohar on Wednesday, the fourth consecutive day of such demonstrations.

One activist told Reuters that protesters temporarily blocked traffic on a main road and clashed with security forces, who responded by firing tear gas, according to the British-based Omani Centre for Human Rights. Long seen as a beacon of stability in the Middle East, Oman has enjoyed close relations with the UK since before gaining full independence in 1971.

Andrew Smith, spokesperson for CAAT, told Middle East Eye there needed to be an investigation into the use of UK-manufactured tear gas in Oman.

"Oman is one of the world's largest buyers of UK arms, and it was only a matter of time before those arms were turned against civilians," he said.

"This has been underpinned by a close military collaboration, with training and bases playing a key role in the relationship. If [UK Prime Minister] Boris Johnson and his colleagues care about human rights in Oman then it's time to stop the arms sales and the policies that have allowed them for so long."

In June 2019, then UK Foreign Secretary Jeremy Hunt issued a ban on the export of crowd control equipment to Hong Kong after it was revealed that tear gas manufactured by PW Defence had been used against demonstrators there.

At the time of the tear gas cannisters' manufacture, PW Defence Ltd (then known as Chemring Defence UK Limited) was owned by Chemring Group, a defence company that was targeted in 2018 by the Serious Fraud Office, who opened an investigation into allegations of money laundering, bribery and corruption.

MEE contacted PW Defence Ltd for comment, but had not received a reply by time of publication.

The protests in Oman have marked the first major challenge faced by ruler Sultan Haitham, who succeeded Sultan Qaboos bin Said in January 2020 after his death. Sultan Qaboos had spent 50 years ruling the Gulf state.

The demonstrations, which began on Sunday in Sohar - a small port city about 200km northwest of the capital, Muscat - have been ongoing for three days and spread to several towns and cities across the country.

Arrests were reported in Sohar and Salalah, the country's third-largest city, on Sunday and Monday, with some protesters later being released. "The Omani regime has avoided a lot of the international scrutiny it deserves, but the last few days have exposed the repression and abuse that it uses to entrench its authoritarian rule," said Smith.

"For decades now it has been able to rely on the uncritical political and military support of arms-dealing governments like the UK who have been happy to ignore its appalling human rights record while pushing arms sales. Unfortunately, this means that the Omani authorities have a big arsenal of weapons at their disposal."

Falling oil revenues and the coronavirus crisis have hurt the generally stable country, with Oman's general budget revenues falling in the first two months of 2021, while oil income dropped 35 percent, according to finance ministry data.

Over the past year, Oman has pushed a policy of nationalising the jobs market, encouraging private companies to hire Omani nationals rather than foreign workers.

Foreign nationals make up around 40 percent of the country's population of 4.6 million. 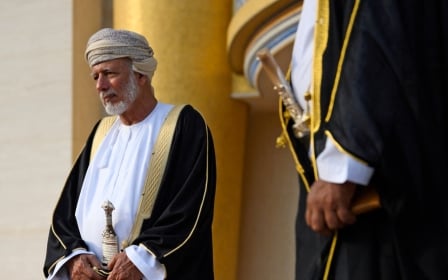