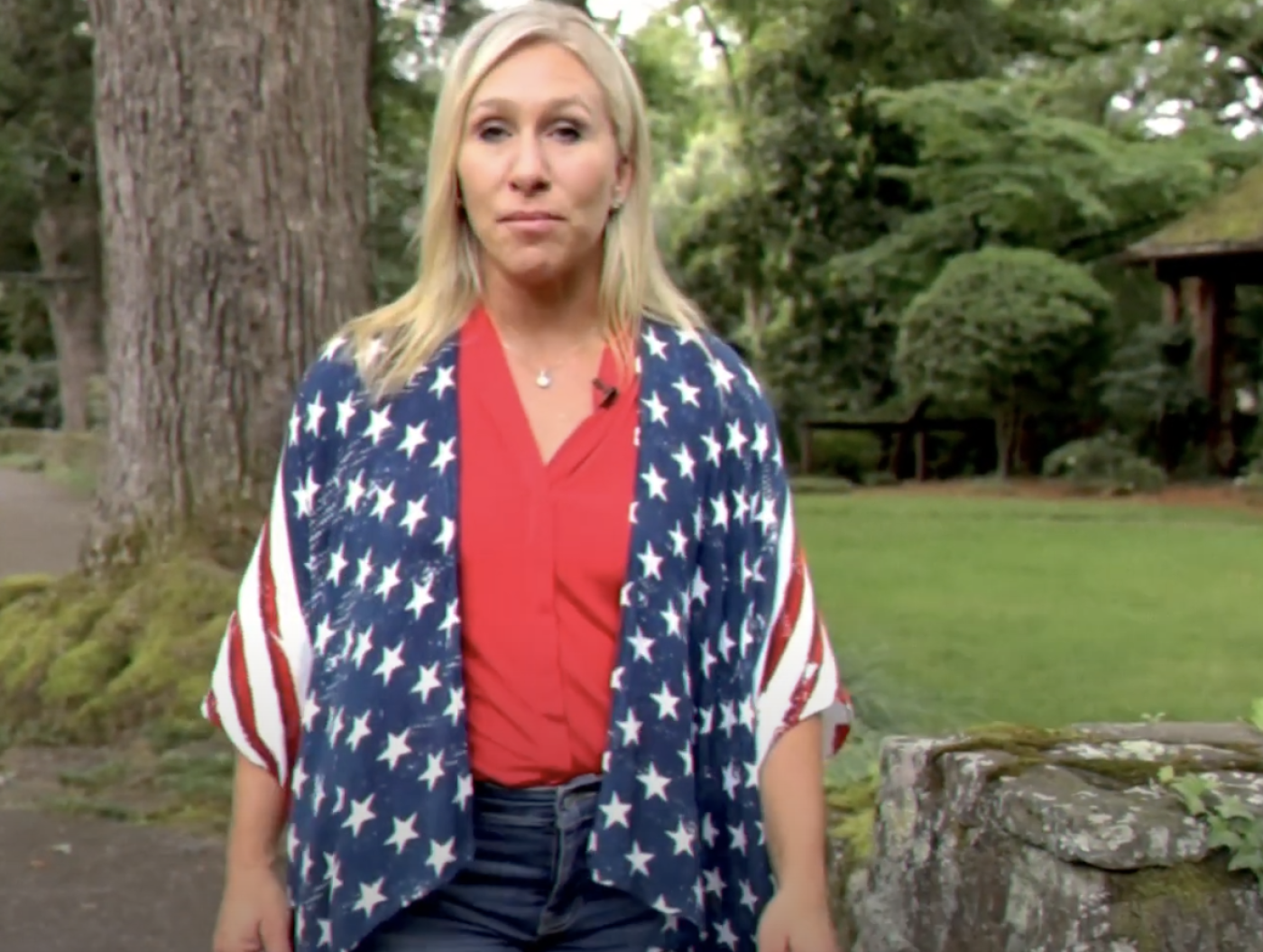 ​A congressional candidate who faced criticism over anti-Muslim rhetoric and her belief in the far-right QAnon conspiracy has won a Republican House primary in Georgia, setting herself on a path to winning a congressional seat this November.

Marjorie Taylor Greene, who has previously said that Muslims do not belong in government, won 57 percent of the vote in the heavily Republican 14th district of Georgia on Tuesday, defeating neurosurgeon John Cowan.

After winning the Republican nomination, Greene also won the favour of US President Donald Trump, who congratulated her and called the small business owner a "future Republican star".

Earlier this year, several high-ranking Republicans in the House of Representatives distanced themselves from Greene after Politico uncovered hours of Facebook videos in which she expresses racist, Islamophobic and anti-Semitic views.

In one video message, Greene said that the 2018 midterms - which ushered in Congresswomen Ilhan Omar and Rashida Tlaib - were part of "an Islamic invasion of our government" and that "anyone that is a Muslim that believes in Sharia law does not belong in our government."

In another video, Greene described countries where aspects of Sharia law were implemented as places where men have sex with "little boys, little girls, multiple women" and "marry their sisters" and "their cousins".

Greene has also faced criticism for saying that generations of Black and Hispanic men had not been held back by anything white people had done, but by "being in gangs and dealing drugs".

She has also directly compared Black Lives Matter activists to neo-Nazis and Ku Klux Klan members who marched in Charlottesville, calling them "idiots".

Abdullah Jaber, executive director of the Georgia chapter for the Council on American-Islamic Relations, said in June that a win for Greene would be damaging to Muslim, Black, and Jewish communities.

"Ms Greene's words are outrageous and agonising for the Black, Jewish, and Muslim communities that she would be representing were she to win this seat," Jaber said in a previous statement.

"Her offensive remarks resurfaced in the weeks following the murders of Ahmaud Arbery, George Floyd, Yassin Mohammed, and Rayshard Brooks, at a moment when the nation is witnessing an intensified struggle against systemic racism and police brutality." Greene is also one of a handful of Republican candidates who have embraced QAnon, a fringe theory that a "deep state" faction is working against Trump with the help of the media.

"I'm just like millions of people here in our country and then millions of people around the world that are very much concerned about a deep state in our government, and it’s something you hear talked about every day," she said, when asked about the conspiracy theory in a local news interview.

The Federal Bureau of Investigation has labelled QAnon as a potential domestic security threat.

The popular conspiracy has also peddled a theory that a secret plan was orchestrated by Muslims in America in order to use coronavirus restrictions as a means of bringing Sharia law into the country.

On several occasions, Trump has retweeted QAnon followers and theories, giving even more legitimacy to the movement.

Last year, Trump retweeted a post from a QAnon page named "Deep State Exposed", which read: "The 'elite' proclaim America must submit to Islam or else!!!".