Trump to impose sanctions on Iran every week until Biden's inauguration: Report

Sanctions are aimed at making it difficult for Joe Biden to reenter Iran nuclear deal, according to Axios In addition to sanctions, a drop in oil prices and a slump in the global economy have deepened Iran's economic crisis (AFP/File photo)
By
MEE staff
in
Washington

The State Department's special representative for Iran and Venezuela, Elliot Abrams, is in Israel where he has already met with Israeli Prime Minister Benjamin Netanyahu and national security adviser Meir Ben-Shabbat to discuss the plans, according to the news agency.

Abrams reportedly announced the new weekly sanctions in a closed briefing. On Monday, he is scheduled to meet with Defence Minister Benny Gantz and Foreign Minister Gabi Ashkenazi.

According to Axios, the planned sanctions are linked to Iran's ballistic missile programme, support for its proxy groups in the region, and human rights violations.

The US special representative will also travel to Saudi Arabia and the United Arab Emirates to discuss the measures. 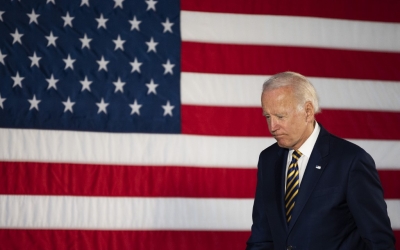 According to the report, the Trump administration believes these sanctions will increase pressure on Tehran and make it harder for the Biden administration to return to the 2015 Iran nuclear deal, which Trump abandoned in 2018.

Since leaving the deal with world powers, Trump has since imposed crushing sanctions on Iran.

Biden, who was vice president under President Barack Obama when the nuclear deal was reached, has said he would rejoin the accord if Iran returns to compliance.

Despite calls from UN officials and governments to halt sanctions during the coronavirus pandemic, the Trump administration has not relented in its "maximum pressure" campaign.

In September, the US defied its European allies by announcing the reimposition of so-called "snapback" sanctions.

Virtually every other member of the Security Council disputes Washington's eligibility to execute this legal turnaround, and the council has not taken the measure any further.

On Monday, Iranian Foreign Minister Mohammad Javad Zarif told his Middle East rivals not to count on Washington to help them after Trump's election loss.

"Trump's gone in 70 days but we'll remain here forever," Zarif tweeted on Monday in what he called "a sincere message to our neighbors".

A sincere message to our neighbors:

Betting on outsiders to provide security is never a good gamble

Only together can we build a better future for all.

In his tweets – one in English and another in Arabic – Zarif urged the region to stop "betting on outsiders" to provide security and called on them to turn to dialogue to "resolve differences".

US sanctions on Iran have increased pressure on the cost of living for ordinary people, driving up the prices of everyday goods, including food and medicine. 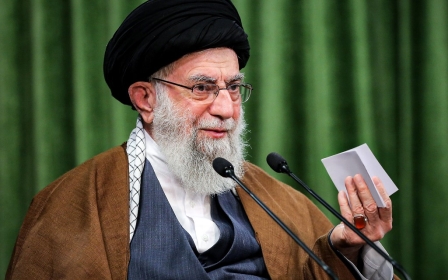 US Elections 2020
'What a spectacle!' Iran mocks US democracy amid election uncertainty 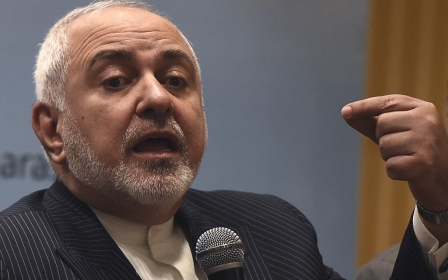