US election: Would Biden as president change course on Iran?

Kaveh Afrasiabi
, Nader Entessar
The Democratic platform calls for a US return to the Iran nuclear deal, but there are also signs of continuity with Trump's combative policies As we draw closer to the 2020 US presidential election in early November, one of the hotly contested issues between President Donald Trump and his chief opponent, Democrat Joe Biden, is the future of US policy towards Iran and the Middle East.

Highlighting the stark contrast between the two contenders, Biden says he intends to rescind Trump’s so-called Muslim travel ban on the first day of his presidency. Trump’s ban, applied to Iran and several other Muslim countries, has idenitied his administration as Islamophobic.

Biden’s pledge, if fulfilled, would help to restore the damaged image of the US in the Muslim world and beyond.

The Democratic platform also calls for a US return to the Iran nuclear deal - an important policy reversal that could heal transatlantic rifts instigated by Trump’s decision to unilaterally withdraw from the multilateral agreement two years ago.

But before we conclude that there would be a clear policy break from Trump if Biden were to be elected president, it is important to examine the subtle nuances of Biden’s foreign policy positions. Biden’s running mate will also be a factor: On Tuesday, he announced that Senator Kamala Harris would be on the ticket with him.

Harris has gone on record lambasting Trump’s decision to withdraw from the nuclear deal, and has also stated that she favours expanding the agreement to cover Iran’s ballistic missiles. She is also a strong supporter of Israel and is likely to back Israel’s hostile policy towards Iran.

Another important clue on Biden’s approach towards Iran has come from his chief foreign policy adviser, Tony Blinken, who has articulated a nuanced position on the Iran nuclear deal. Biden’s foreign policy team favours renegotiating the deal to include new restrictions on Iran.

But this underestimates the grave Iranian mistrust of the US after it reneged on its obligations under the 2015 nuclear deal. On the whole, Biden’s platform indicates policy continuity with the Trump administration, which has pinned its hopes on Iran’s return to negotiations under the gun of harsh sanctions imposed under the rubric of a “maximum pressure strategy”.

Surely, foreign policy advisers must recognise the virtual impossibility of Iran re-engaging with the US without a promise of sanctions relief. Sanctions have ravaged Iran’s economy; only the promise of a reduction in sanctions could lead to results.

Yet, the US Congress - which has essentially institutionalised the Iran sanctions through a comprehensive list of robust Iran-bashing legislation - is unlikely to accommodate any request by a Biden White House to roll them back. Lobbied hard by Iran’s regional rivals, namely Israel and Saudi Arabia, Congress has been a major bulwark against normalising relations with Iran. This would likely thwart any potential Biden overture towards Iran.

Still, assuming that Biden as the next president would be inclined to resurrect the nuclear deal, he could use the agreement’s dispute resolution mechanism to kickstart a new round of US-Iran diplomacy - assuming that Tehran would consent to a new dialogue with the US, notwithstanding the Supreme Leader Ali Khamenei’s repeated statements that Iran will not negotiate with the US.

Would a change of guard at the White House and the rise of an “Obama-like” president influence the supreme leader to amend this position? That remains to be seen. What is certain, however, is that Trump has done so much damage to the cause of US-Iran diplomacy - bringing the two nations to the brink of war in January by ordering the assassination of Iran’s top general, Qassem Soleimani - that it would take a great deal of effort by both sides to reconnect diplomatically.

This process could perhaps be aided through third-party intermediaries, such as French President Emmanuel Macron, who has repeatedly tried in vain to influence Trump on Iran. But no US president likes to leave important foreign policy decisions in foreign hands, and Biden would be no exception.

If elected president, Biden would probably utilise some of the precious lessons learned during the Obama era, which relied on secret bilateral channels with Iran and adopted a hybrid, hard-and-soft power approach (such as through cyber-warfare against Iran’s nuclear infrastructure). 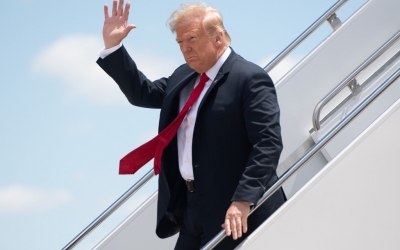 In other words, the expectation of a straightforward re-embrace of the nuclear deal by Biden, putting the US on the track of detente with Iran, is simplistic and overlooks significant hurdles, which suggest both continuity and discontinuity with Trump’s confrontational Iran policy.

Which side will have the upper hand remains to be seen. Iran has its own presidential election next year, which could be directly impacted by the US results, as a Biden victory would be a major boon for Iran’s reformist camp.

And both countries will have to deal with the ongoing risk of worsening relations during the remainder of Trump’s presidency, amid soaring regional tensions and Trump’s appointment of an ardent Iran hawk, Elliott Abrams, as envoy on Iran.

Overall, if Obama’s presidency is to be replicated by Biden, as hoped for by many moderates and reformists in Iran, then there is room for cautious optimism about the future of US-Iran relations. 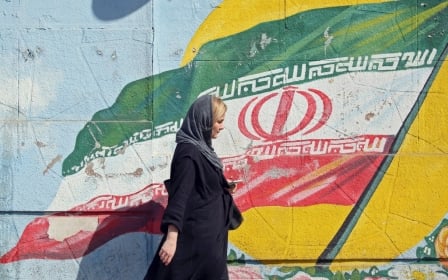 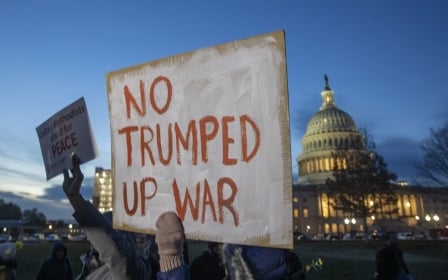 Iran Tensions
Iran and the US: A path back from the brink
Seyed Hossein Mousavian Iran Tensions
Trump is hoping for an Iranian miracle. Tehran will not give him one
Marco Carnelos