'Police Unity Tour': US officers in Israel for anniversary of 9/11 attacks 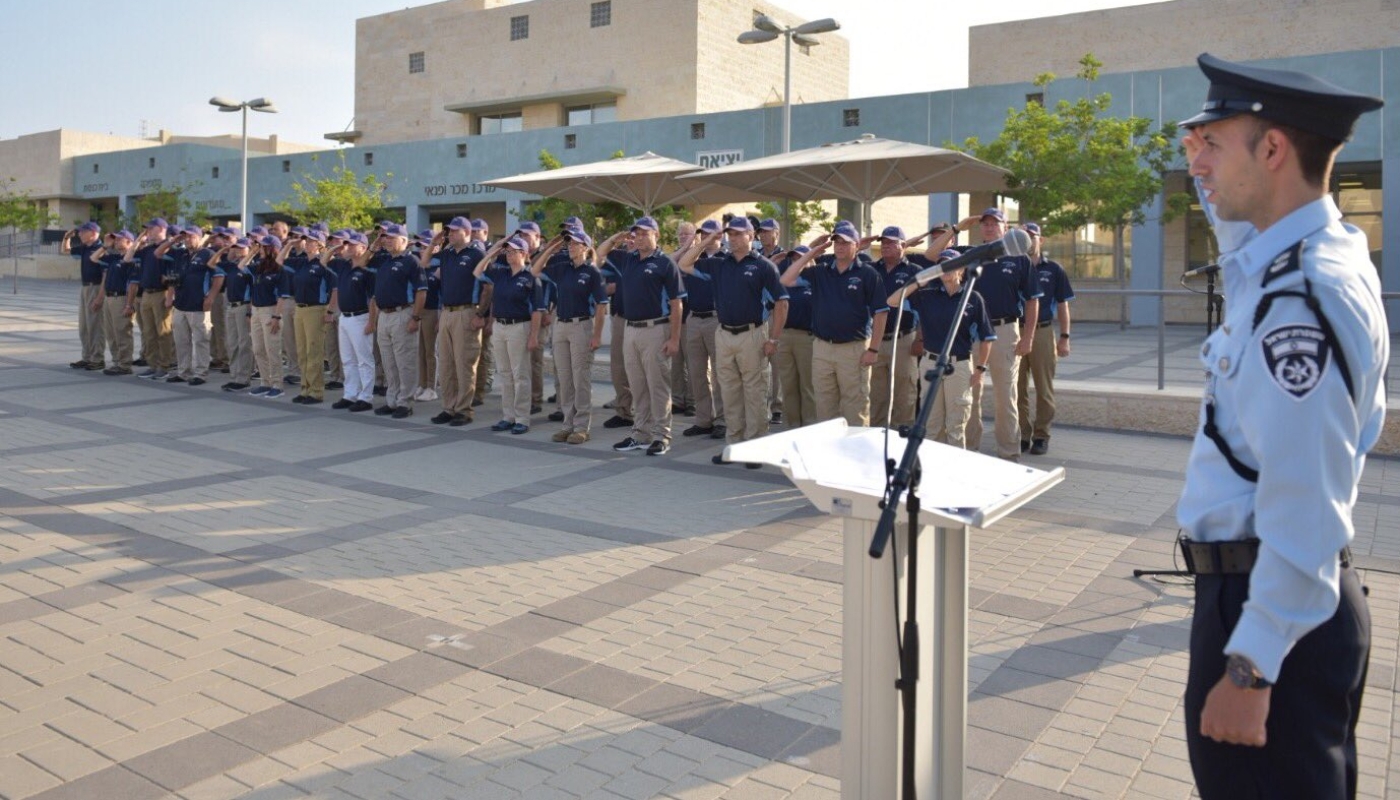 It is called the Police Unity Tour.

On Monday, around 50 US police officers arrived in Israel to meet their law enforcement counterparts and engage in a series of meetings and training exercises in what the Israeli media has described as “strengthening the domestic security cooperation between the two allied nations”.

The officers are scheduled to spend nine days in Israel, during which they will also attend events in Jerusalem marking the anniversary of the 11 September 2001 attacks in the US.

On Tuesday night, US Ambassador David Friedman and Sara Netanyahu, the wife of Israeli Prime Minister Benjamin Netanyahu, attended an event at the 9/11 Living Memorial Plaza on a hill overlooking Jerusalem.

According to reports, the officers will also be briefed by the Israeli army as well as travel close to the fence with Gaza, where Israelis have been using disproportionate force on Palestinians protesting as part of the Great March of Return since March 2018.

On 6 September, two Palestinian teenagers were shot dead and 70 others injured by Israeli forces close to the fence. At least 210 Palestinians have been killed by Israeli forces over the past 18 months during demonstrations calling for an end to the Gaza siege and return of refugees to their homes in Israel.

“We will be discussing the issue of the kites and balloons so we will know what and how the Israeli officers deal with it,” Michael Safras, chief of New Jersey’s Essex County Sheriff’s Department, was quoted as saying to The Jerusalem Post.

Around 35 out of the 50 officers taking part in the delegation are visiting Israel for the first time whereas Safras has been to the country more than 40 times.

Moreover, 14 out of the contingent were said to have been active in the aftermath of the attack on the World Trade Center in New York on 11 September 2001, The Times of Israel reported.

Sixty police officers were among nearly 3,000 people killed in the 9/11 attacks by al-Qaeda hijackers, while officials said this week that at least 241 New York Police Department officers have died as a consequence of 9/11-related illnesses in the 18 years since the attacks.

'Nothing to learn from Israel'

Observers have long held that exchange trips like these valorise the Israeli occupation as well as setting a dangerous precedent for the importation of military-style policing to the US.

US law enforcement is already mired in controversies of their own, including repeated accusations of prejudice and brutality towards black Americans.

An academic study published in August in the Proceedings of the National Academy of Sciences journal, found that "for young men of colour, police use of force is among the leading causes of death".

"Over the life course, about one in every 1,000 black men can expect to be killed by police," the report said.

Nader Hashemi, the director of the Center for Middle East Studies at the University of Denver, told Middle East Eye there “is nothing that US law enforcement can learn or should learn from a country that is occupying another people, has an egregious human rights record and where Israeli Arabs are treated as second class citizens.”

“While US law enforcement is far from perfect, there is more accountability, transparency and scrutiny. More importantly, the law is on the side of equality in the US while the same can't be said for Israeli law,” Hashemi added.

The Police Unity Tour started in 1997 at Florham Park Police Department in New Jersey with the aim of raising awareness about police officers who were killed in the line of duty.

According to The Jerusalem Post, both Israeli and US law enforcement will embark on a two-day trip across Israel to honour fallen comrades.

Exchange programmes have intensified in the years of the so-called "war on terror" after the 9/11 attacks.

Thousands of police officials have since gone to Israel for a variety of meetings and training programmes. It has also elicited outrage from various segments of civil society.

In 2016, when the Department of Justice found the Baltimore Police Department (BPD) guilty of “widespread constitutional violations, discriminatory enforcement, and culture of retaliation”, human rights group Amnesty International pointed out that the police department had been trained by Israel.

"These trainings put Baltimore police and other US law enforcement employees in the hands of military, security and police systems that have racked up documented human rights violations for years," Amnesty said.

In 2018, Jewish Voice for Peace (JVP), the organisation calling for an end to the Israeli occupation of Palestine and Researching the American Israeli Alliance (RAIA), a research organisation, said in a joint report that during these training sessions, police forces “exchange methods of state violence and control, including mass surveillance, racial profiling, and suppression of protest and dissent.

“These exchanges hold up the Israeli national police - a police force that has engaged in the killing of unarmed people of colour and upholds Israel’s brutal control over Palestinian lives - as a global gold standard, re-branding the Israeli national police's violence as "counter terrorism expertise", Leila, a co-ordinator of the Deadly Exchange campaign at JVP, who only uses a first name, told MEE.

“They create opportunities for representatives of racist law enforcement agencies to exchange lessons in the surveillance and repression of racialised and marginalised communities in both the US and Palestine/Israel.”

Attempts by activists to lobby city councils in the US have paid some dividends.

In April 2018, the Durham City Council in North Carolina resolved not to engage in international exchanges “in which Durham officers receive military-style training".

“The Council opposes international exchanges with any country since such exchanges do not support the kind of policing we want here in the City of Durham,” the statement said.

In November, the Vermont State and Northampton, Massachusetts police departments also withdrew from an Israel trip organised through the Anti-Defamation League (ADL). 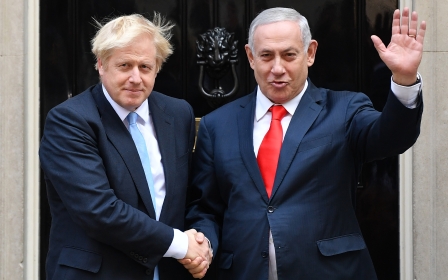 Inside Israel
Israeli press review: Boris Johnson or Boris Yeltsin? For Bibi, it's hard to tell 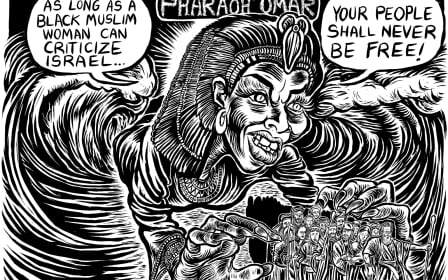 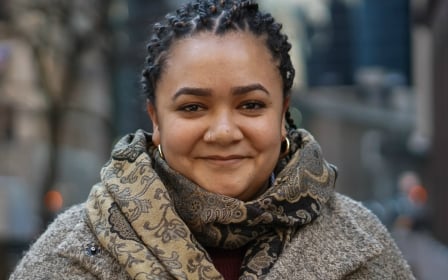